The Internet Wants Elsa To Be The First Lesbian Disney...

The internet is calling on Disney to give them the Disney princess they and their kids deserve. They want to see a lesbian Disney princess, and they want it to be none other than Elsa. Woot, way to go for representation for the LGBTQ community!

Because when you think out it,Elsa’s story in “Frozen” is a story of breaking free from societal pressures and norms and living an authentic life that’s truthful to oneself. Just check out the bridge on the movie’s most infamous/beloved song, “Let It Go”: 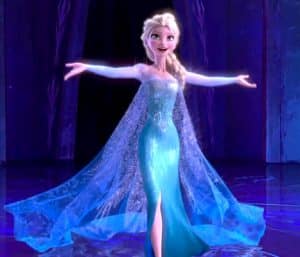 Hmmm… I don’t know about you, but it certainly sounds very much like she’s singing about coming out of the closet. (And don’t you dare tell me it hasn’t occurred to you at least once.)

In fact, some people were wondering if Elsa wasn’t lesbian to begin with. (Hey, wasn’t that part of the movie’s subtext? No? Gee, could’ve sworn that was the case.)

Fav this if @Disney should make Elsa from @FrozenBroadway an iconic lesbian queen ??

And lo and behold, the hashtag #GiveElsaAGirlfriend was born.

It spread like frost in the chill of winter, and warmed the hearts of the Twitterverse.

#GiveElsaAGirlfriend because LGBT kids deserve to know that there is nothing wrong with them?????

There were naysayers who felt disgusted by the idea of Elsa being gay, but the sentiment was quickly rebuffed.

And c’mon, folks, this one’s for our kids, too.

#GiveElsaAGirlfriend so little kids will know that girls loving girls is normal even when their parents teach them otherwise.

A gay Disney princess would have helped me feel so much more normal when I was younger. Representation is important. #GiveElsaAGirlfriend

Because deserve to have love, no matter what form it takes.

#GiveElsaAGirlfriend
Because I want this:

and kids deserve a safe space to live their best, most authentic lives.

#GiveElsaAGirlfriend because 1 in 5 kids are queer, but only 1 in 10 feel safe enough to come out.

And no matter how you look at it, representation matters.

Given that Frozen was one giant metaphor for the closet, to #GiveElsaAGirlfriend is just logical. More LGBT representation is a great idea.

In the end, love is love, and

#GiveElsaAGirlfriend because love is an open door