Remember Babymetal? That adorable trio that rocked the house with their guitar-shredding, hardcore riffs and cute performances? Young ladies Suimetal, Yui-metal, and Moametal are back to rock your video game levels, courtesy of Nintendo’s Super Mario Maker. 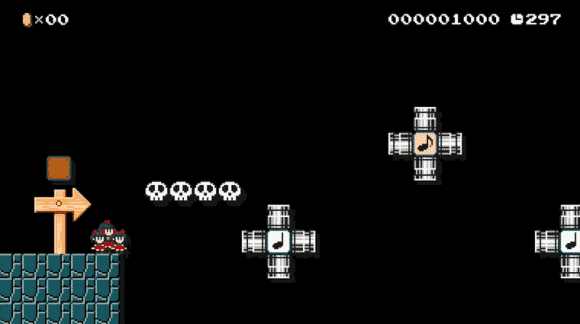 Mario can now turn into an adorable sprite composite of the trio. How? All you, the player, need do is complete the Metal Resistance course in the hit video game/platformer design tool, and voila! 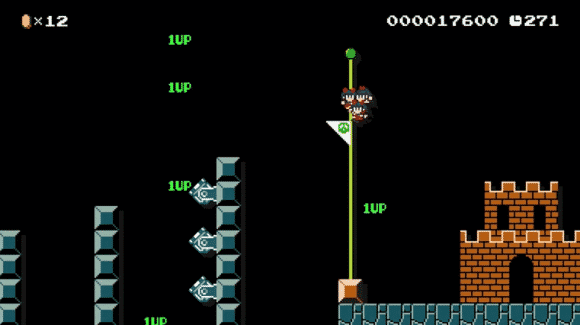 These three young ladies have even lent their own voices to the project. Listen to them announce “Babymetal desu!”(We are Babymetal!) when they arrive on the scene. They shout “Tobe!” (Jump!) and “So ya!” (That’s it!) as they leap over fire obstacles and other hazards, and exclaim “Yosha!” (We did it!) as they slide down that flagpole, head into the castle, and clear the level.

Now being a cluster of three cute sprite kids, you might say Babymetal might be too wide to play certain stages for comfort. (We hear you, some ledges are just too punishing when you land way too close to the edge.) Not to worry, though: Nintendo cuts the player a break by non extending the hitbox all the way to the edges of the sprite. (which means, if the sprite gets a minor hit anywhere outside its hitbox, Babymetal survives the hit and lives to clear another obstacle.)

Here are Suimetal, Yui-metal, and Moametal, once more promoting their alternate character on Super Mario Maker. We’re not entirely sure what they’re saying, but we suspect they’re talking about how fun playing the game is, and what having their own sprite in-game makes them feel.

The Babymetal chaacter is out now, and in keeping with their growing international popularity, is available to all players all over the world.

Just how popular? How about their US debut on The Late Show with Stephen Colbert?