Last night, supporters of presidential candidate Hillary Clinton launched a coordinated attack on pro-Bernie Sanders groups, in an apparent act of mass reporting that was meant to shut down the largest Facebook groups supporting Sanders.

In a press release, an admin of the Bernie Believers Facebook group implicated a pro-Clinton SuperPac called Correct the Record. The David Brock-run organization recently announced it had spent $1 million on an “online taskforce” of paid internet commenters.

Starting at around 9:45pm, Bernie Sanders Facebook Groups all across the Social Media Sphere started to be deleted. They were not “inside jobs,” as some suggested. Rather, these groups just completely disappeared off the search bar, and administrators were left scratching their heads wondering what happened.

The Young Turks had reported on a story less than a week ago announcing that a Hillary Clinton SuperPAC called “Correct the Record” was spending 1 million dollars on combating Hillary’s reputation online.

We have no proof as of currently that they are involved, but a day before the primary and now a dozen plus groups of over 50k, 100k, 150k and so on members get purged?

This is too big of a thing to be considered coincidental. We are asking for the National Campaign’s help at raising this news all over the airwaves. The Primaries are tomorrow and internet activists currently have nowhere to turn to.

Despite the admin’s claims, it has since come to light that the takedown may have actually been the work of a pro-Clinton Facebook group called Bros4Hillary. Screenshots show members of the group exploiting Facebook’s automated content flagging system by mass reporting Bernie pages, while gleefully celebrating their actions through their comments. 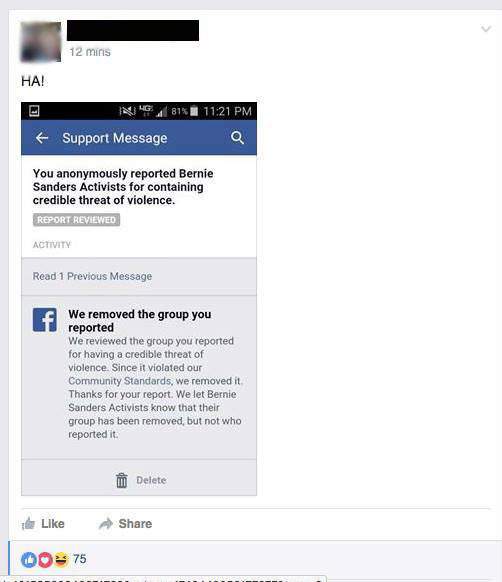 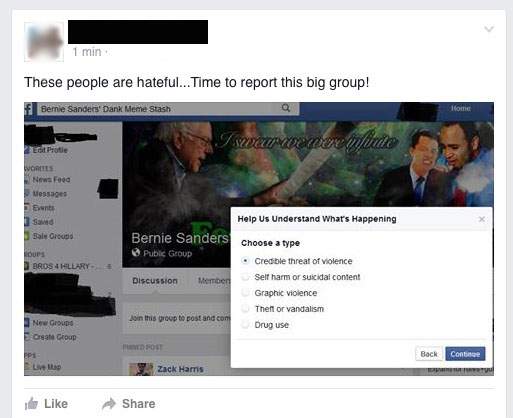 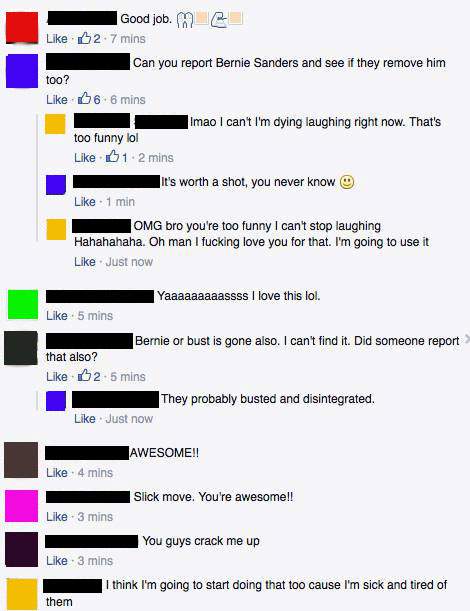 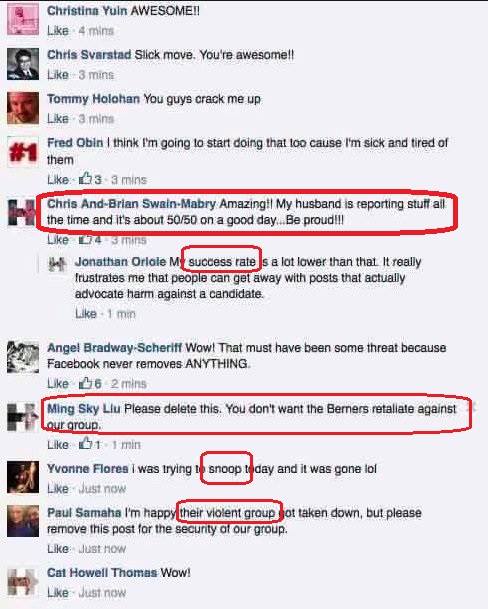 The groups removed include:

As of April 26, most of the groups have been reinstated by Facebook.