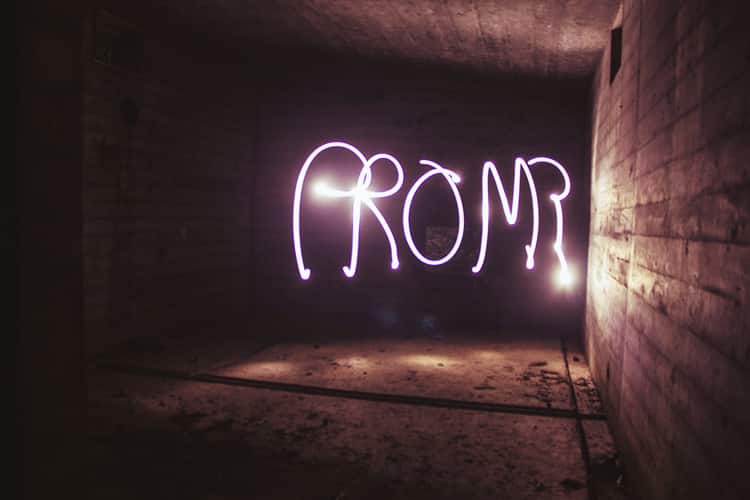 Dear teens, you are just some of the most complex, unpredictable members of our human society. Sometimes, you sleep through the hugest commotions. Sometimes, you wrestle with old tech. and sometimes you blow us all away with something really amazing.

With prom rolling in, highschoolers are abuzz with their promposals, and each one just keeps getting more awesome and creative. Check out these gems below.

We all love a good minimalist promposal.

We want to know how he managed to get that exact shape right, and still keep the promposal a secret.

Aww how cute is this! #TSRPromposals!

Don’t be throwing no shade in this direction.

Now this is creative! #TSRPromposals

Positively melting from the cuteness over here.

A for effort on this setup — though your English teacher might want a word with you later on about your spelling, but no biggie.

There’s nothing quite like some good ol’ reference to that TV show you both love.

They’re just so adorable, we can forgive the guy for his humongous pun.

This promposal is just what the doctor ordered.

Clearly, this promposal is meant to raise your heart rate.

got asked to prom by my favorite boy and I couldn’t be more excited ??????? pic.twitter.com/9IRLSUFhzL

Yay for ladies who aren’t afraid to look silly and ask their favorite dude out to prom!

When Drake says so, it is so. Drake plus balloons and glitter writing? How can anyone say No?

Now this is how you ask someone to prom ? I said yes ❤️ pic.twitter.com/cZAN0YLm1b

And when things just don’t work out, well … You can always take yourself out to the prom.

The world is devastated by the news that Britain’s Prince Philip, the Duke of Edinburgh, has died at the age of 99. Palace media confirms that the Duke has expired mid-day today, April 9th. The announcement did not contain any specifics on the cause of death. The United Kingdom will enter a state of national… END_OF_DOCUMENT_TOKEN_TO_BE_REPLACED

Who would have known that religious prophets would be among the most loyal supporters of former President Trump? In fact, it has been observed that the most conservative Christians may have been the right amount of push for Trump’s presidential win back in 2016. Since Trump’s election back in 2016, numerous self-proclaimed “prophets” have been… END_OF_DOCUMENT_TOKEN_TO_BE_REPLACED

President Biden falls and slips multiple times on the Airforce One Steps and PEOPLE ARE GOING CRAZY! What’s the big deal? Some people are hating, while others are making memes just for the fun of it. We are all human, aren’t we? Everyone’s expected to stumble some time in their lives. However, with the internet… END_OF_DOCUMENT_TOKEN_TO_BE_REPLACED