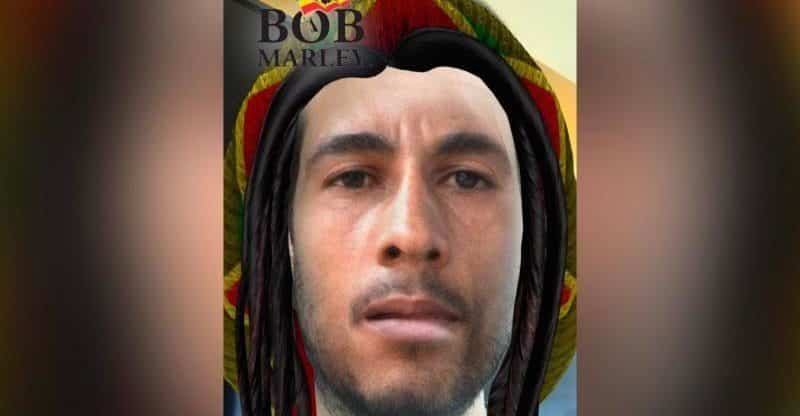 The Bob Marley Snapchat filter launched yesterday, also known as 420 day, has irked – and is irking – people left and right, and of course, it’s all over social media.

Up in arms social media went – for two reasons.

Here’s a mix of reactions – either the first or second reason, or a mix of both.

Bob Marley is more than ‘One Love’, weed and dreads. He was a revolutionary. Remove that racist filter @Snapchat

I’m not even mad about that blackface. I’m upset that bob Marley is mostly associated with smoking when he was SO much more #420 #snapchat

Do you think Snapchat’s move is disrespectful?

This “issue” has made the rounds, with everyone having something to say. While most of what I’ve seen on my feed are negative, there are a couple that say the majority is overreacting.

My question: What would Bob Marley have thought?

Would Bob Marley be chill or stand up for his rights with this new Snapchat lens?https://t.co/RcgBukni1t

Snapchat users, how did you react when you saw the new filter? Did you use it? How do you feel now that it has been bashed to death?

P.S. Snapchat did all this with the permission of the Bob Marley Estate.

Now that the election results are almost final, we all want to ask what’s going to happen to Donald Trump after leaving the office? All US Presidents inevitably reach the point where they leave the White House.  Besides, the constitution states that all US Presidents are subject to a two-term limit. What do former presidents… END_OF_DOCUMENT_TOKEN_TO_BE_REPLACED

This is the first time in modern history that the US held presidential elections in the middle of a pandemic. In truth, the US elections may have overshadowed COVID-19 and the side effects are limitless. America is facing a tough crisis of discontentment with the current administration. An understandable case but a situation that may… END_OF_DOCUMENT_TOKEN_TO_BE_REPLACED

America’s political climate has been seeing records of changes over the past few decades. However, US election results record a list of surprising firsts for the first time in a long time. With the power of the youth overpowering the US election results, we see how differently they see the world. It shows how inclusivity… END_OF_DOCUMENT_TOKEN_TO_BE_REPLACED