Distracted driving is one of the top reasons of auto accidents and traffic fatalities and one of the biggest distractions while driving is using a cellphone. Whether you are texting, scanning social media or using one of your smartphone’s many functions, you are not able to put 100 percent of your focus into safe driving. In the blink of an eye, the car in front of you could slam on their brakes or an animal could dart out in front of your car. The key to safe driving is always being prepared for anything to happen on the road. Many car makers have launched their own versions of programs to help curb distracted driving. 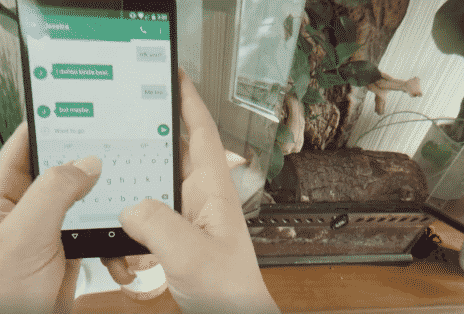 This April, Honda has created a social media campaign called #PhonesDownEyesUp. The unique awareness program includes a series of videos that show how dangerous texting while driving and shows how hard it really is to do two things at once. A new study has shown that 98 percent of people can’t multitask, so why is it that so many drivers think it is OK to use their phone while driving? The twenty-second videos are being released via Honda’s various social media channels, like this one.

Along with the video series, Honda is also releasing downloadable lock screens to help remind drivers of the dangers. The popular car maker says the campaign is a cause that is very close to the company’s heart.

“Honda is deeply committed to enhancing the safety of everyone on the road, so it’s imperative that we encourage everyone to stay focused, and remind them about the dangers of texting and other potential distractions while behind the wheel,” said Susie Rossick, Assistant Vice President of Marketing at Honda. “This campaign is intended to be both relatable and sharable content that will reach millennials and deliver an easy-to-understand message about the very human limitations we all have when it comes to driving while distracted.”

Texting Driver Who Ran Over Cyclist Couldn’t Give A Sh**

Viral Video Proves That Texting And Driving Is Bad