by Meagan Freeman 6 years ago6 months ago

If you’ve spent a few minutes perusing social media this weekend, you might of noticed the flood of pictures of small dinner parties celebrating Bernie Sanders’ campaign. #PotLuckForBernie and #DineWithThe99 quickly started trending on social media as Sander’s supporters responded to another candidate’s lavish fundraising dinner. George Clooney hosted a dinner in support of Democratic hopeful, Hillary Clinton. And this lavish event wasn’t the only one being thrown either. With rumors that plates were going for $100,000 to $300,000 a pop, Sander’s supporters were offended by the 1%’s blatant display of wealth. Even Clooney, himself has been quoted as saying he believes that there is too much money tied up in the presidential campaigns.

Sander’s devoted supporters wanted to show their support, but were working with a slightly smaller financial pool. This support gave birth to “Dine With The 99.” Medium reports that this worldwide event began as the brainchild of four women and shared a message they had received from one of them.

“4 women who never met, created, organized & worked tirelessly on this idea, website and its’ promotion over a short 3 weeks! From there it was the 100s of hosts and 1000s of attendees who made it happen!!! You can find more info about who we are at dinewiththe99.com.” 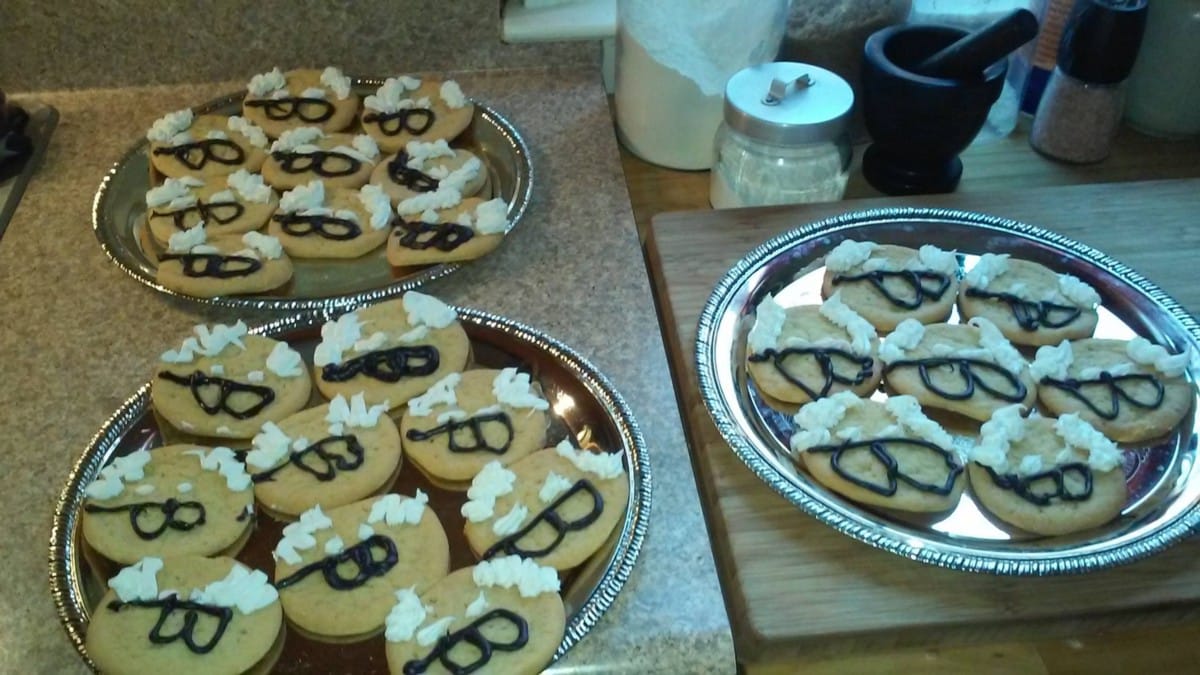 What happened next was amazing. Hundreds of random potlucks and dinner parties began to pop up across the world. In almost ever state and even different countries, people were coming together to raise money for Bernie Sander’s campaign.

While many have been led to believe that “Bernie’s Bros” are a bunch of college students and old men that refuse to vote for women, that couldn’t be farther from the truth. Social media was flooded with photos tagged with #PotLuckForBernie or #DineWithThe99 and show a diverse crowd of supporters. For example, one event in Germany resulted in more than 40 people from different nations coming together. The organizers of that event even claim that they will be holding more fundraising events in the future.

The hosts of these many events suggested that their guests donate whatever they could, from mere pennies to hundreds of dollars. From simple spaghetti dinners and potluck casseroles to sushi feasts and crab legs, people came together to “feel the Bern.”

Now we aren’t saying we support a certain candidate, but I think we can all agree that this is a pretty cool thing to see all these people come together for one cause.