Visitor Has Face-Swapping Spree at the Museum

And then you’ve got people like Imgur user JakeMarshall91 making the best of it and face-swapped with many of the statues on display at the British Museum of London. 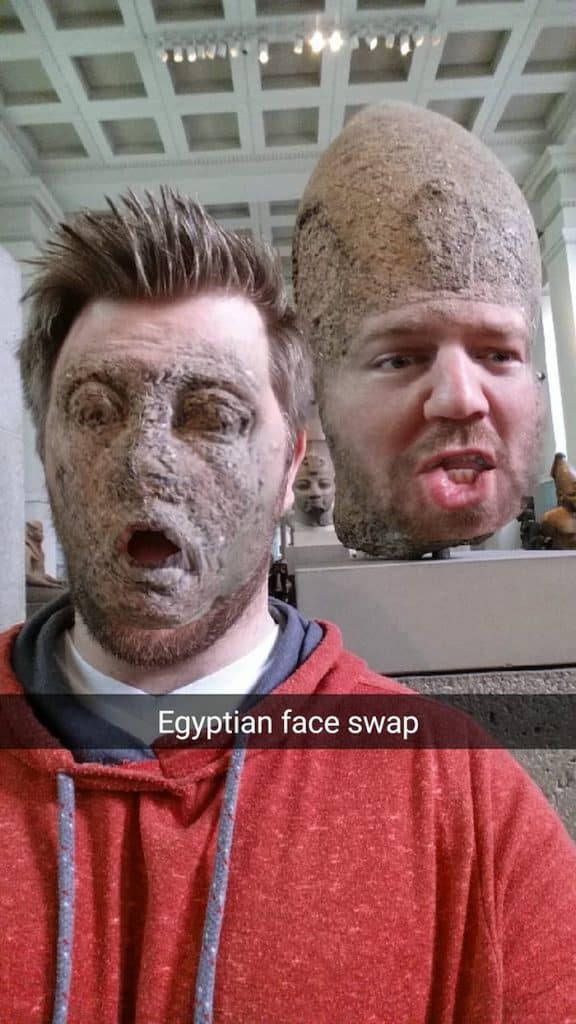 It was a pure stroke of genius. 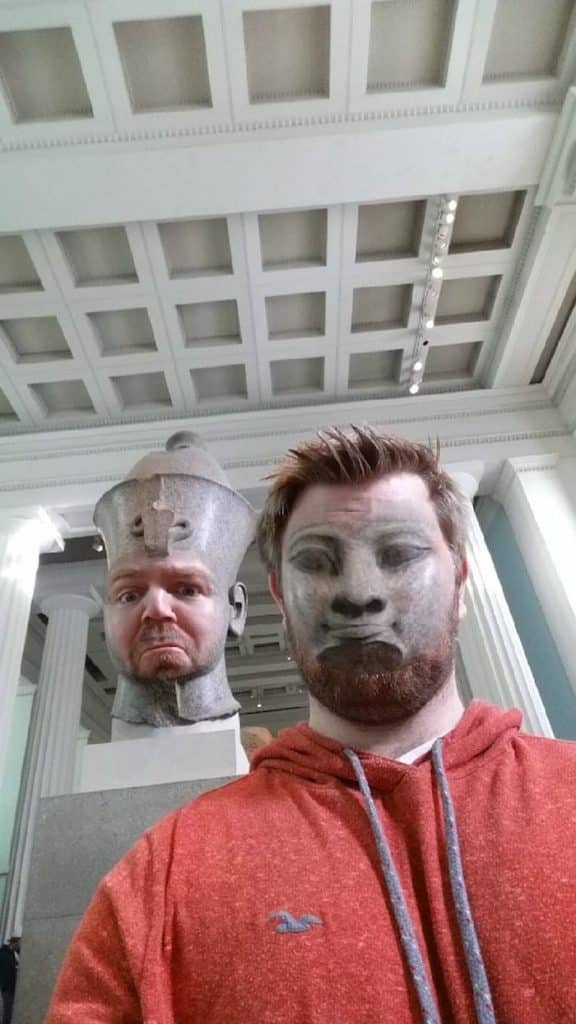 Commenters are saying it’s “the best use of the app so far”, and that the above gent “may have started something”. 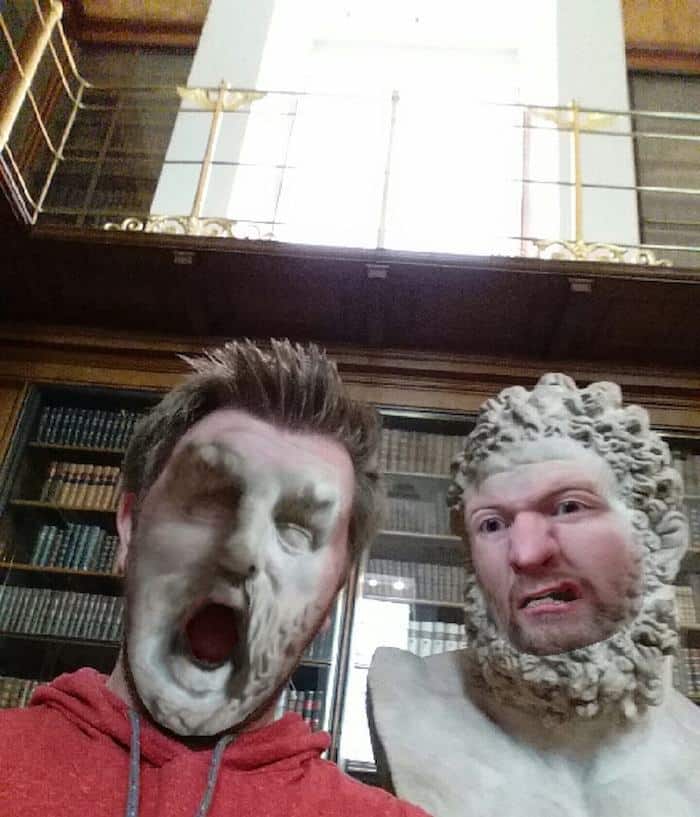 Others are saying this is “the stuff of a Doctor Who nightmare”. 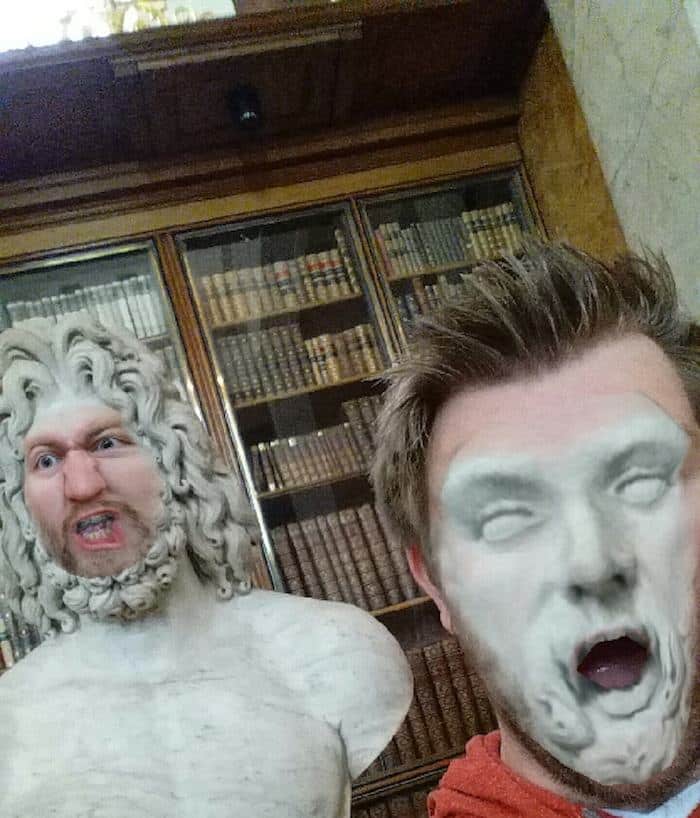 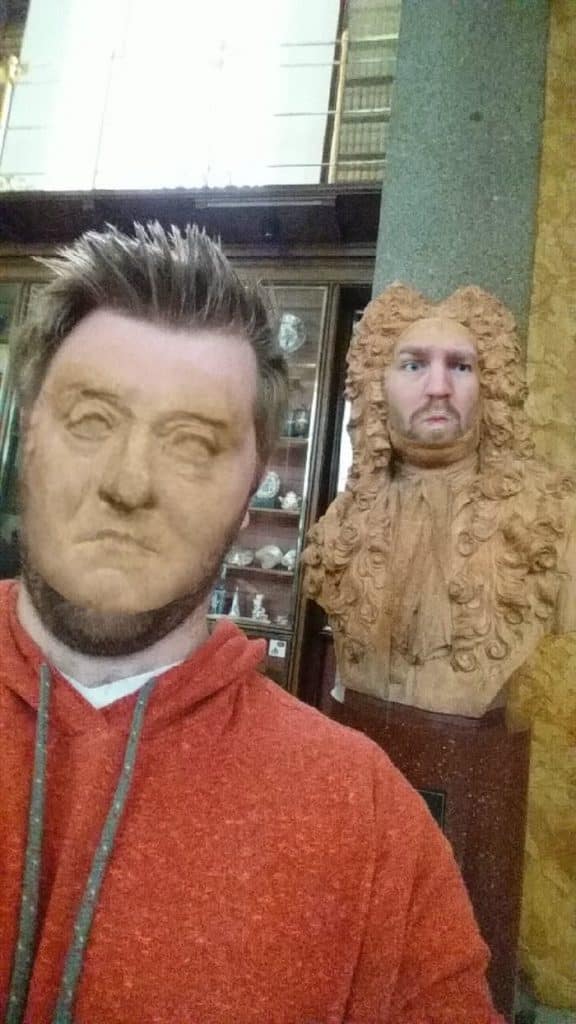 King Louis XIV, the sun King of France, would’ve been proud. (or would he be turning in his grave? We’ll never know.) 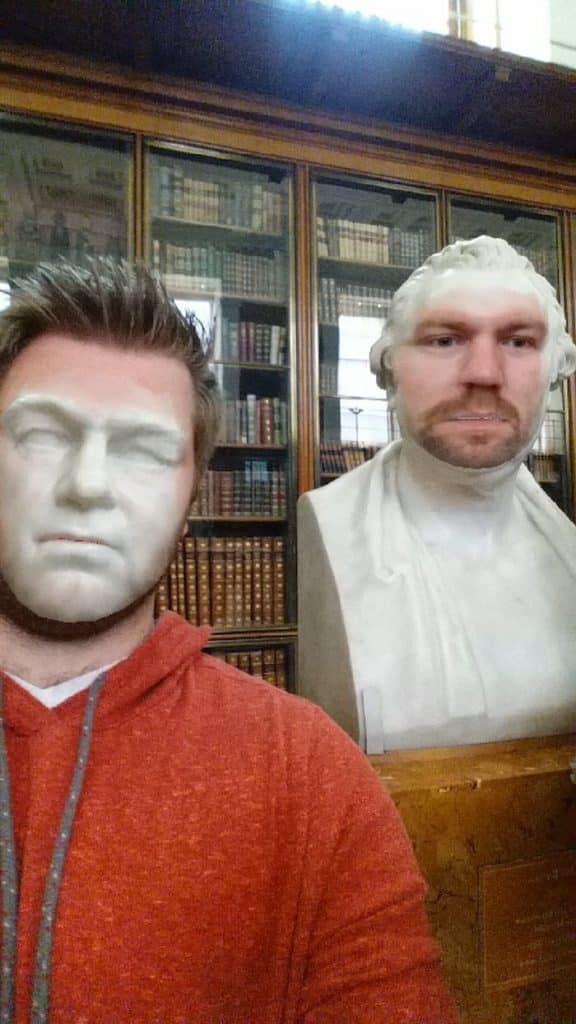 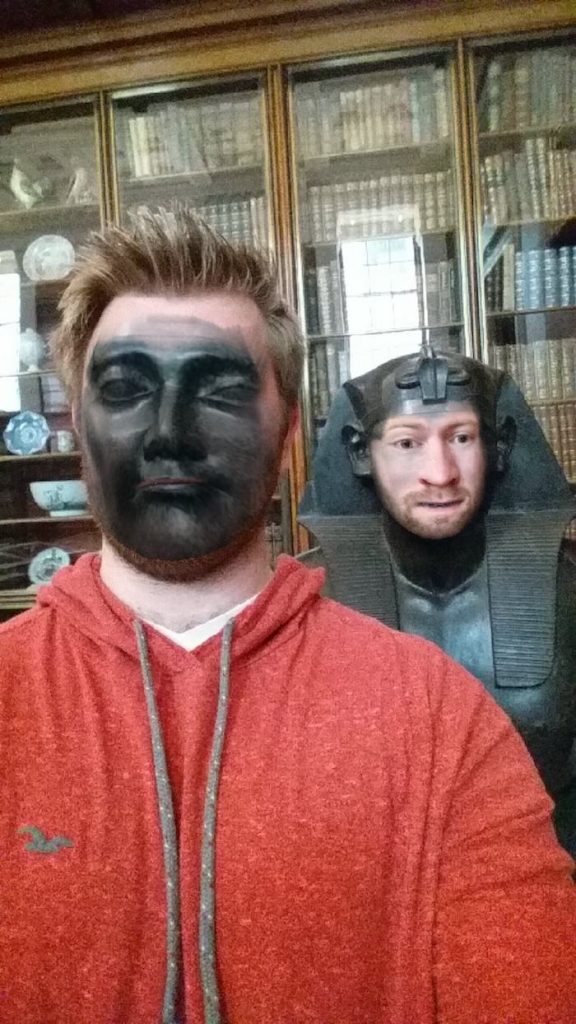 Swap like an Egyptian. A commenter even said “[this one] is actually an improvement to your face.” 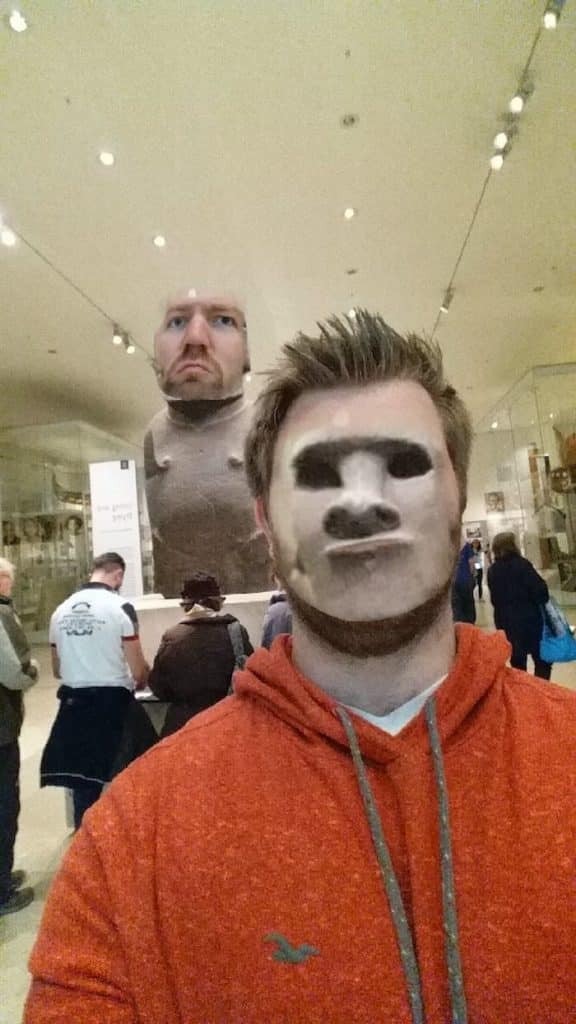 This Moai, a statue like those monoliths visible on the shores of Rapa Nui (or Easter Island), has got his Serious face on. Ain’t nobody gonna mess with him. 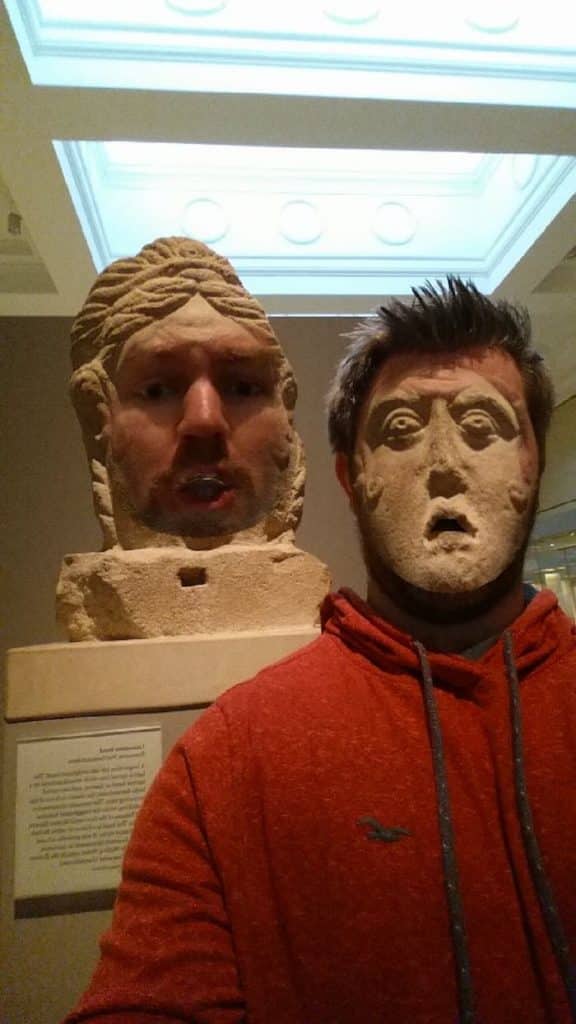 My face when I’ve been face-swapped with an ancient Etruscan stone guardian. I’ve got eyes only for you; see how serious my eyes are. 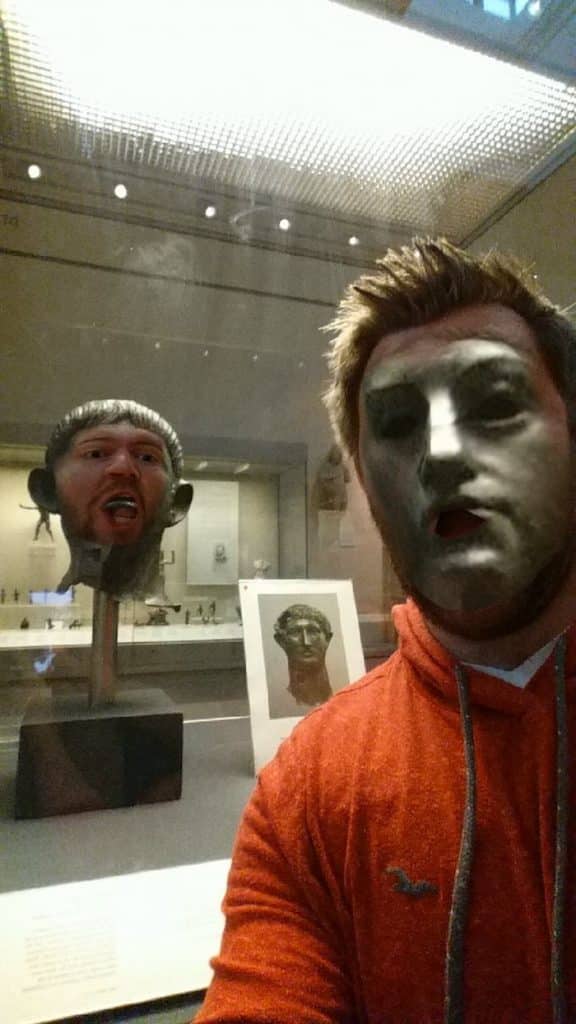 This one’s either a bronze head of a roman senator, or a middle-aged bloke with a smart phone and a sense of humor. Which is which? 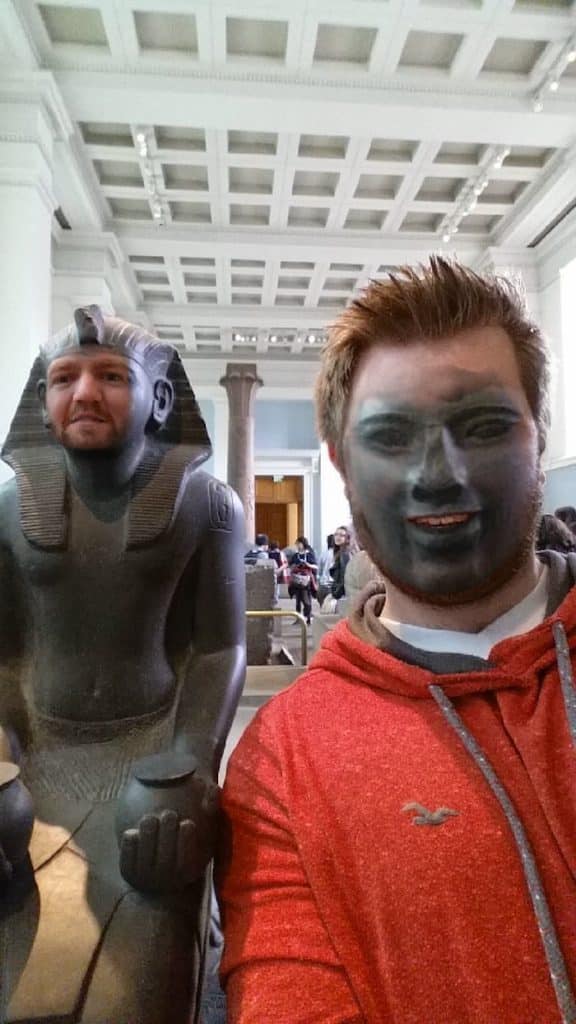 Commenter: “You want a curse? Because this is how you get a curse.”

Other Imgur users were tickled pink by the serendipity, and shared their own museum face-swapping adventures.

Fucking about over Easter break in museums as you do

“Oh, no big deal, just me hanging out with my bestie in this sarcophagus here. We’re chill that way.” 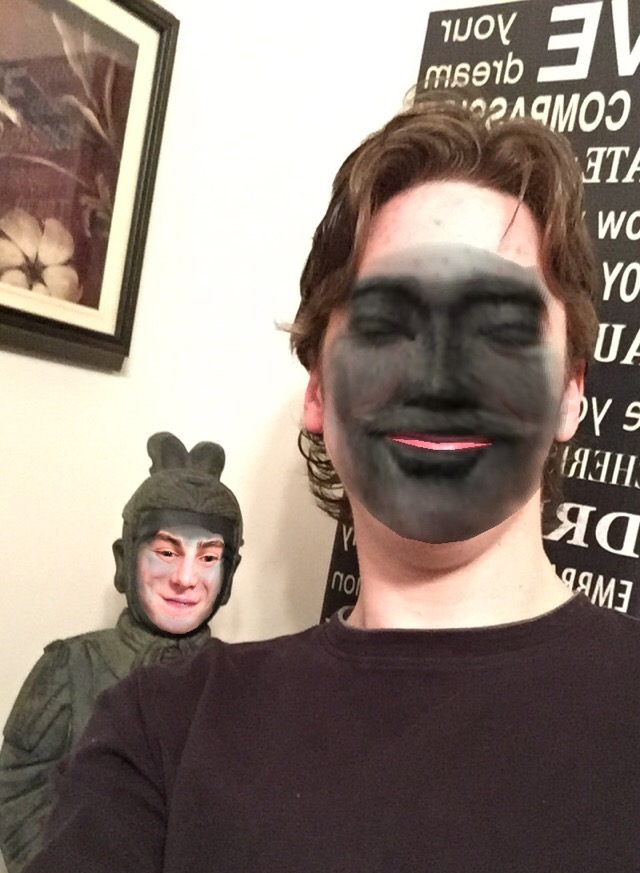 We can only guess what these timeless works of art must feel at the end of the day.

10 Scariest Face Swaps of All Time