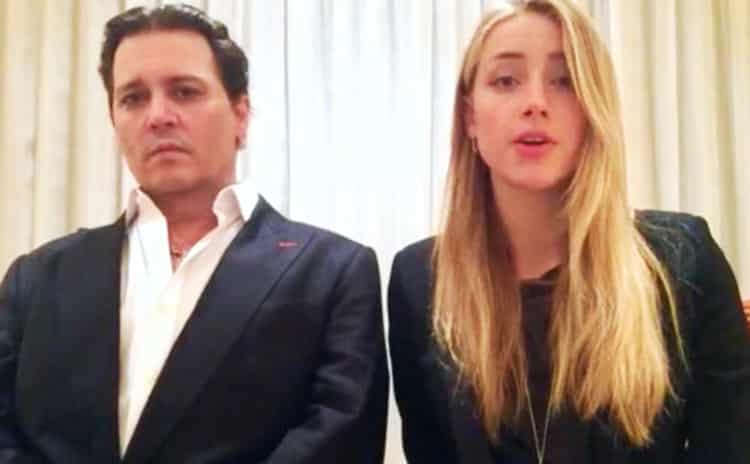 You’ve probably heard recently that Johnny Depp and his wife Amber Heard were both put on trial today in Australia and forced to make a public apology. The reason? They got busted at Customs for trying to smuggle in their puppies, Pistol and Boo. The pups were even threatened to be put down, and the couple lost the court case and fined with a one-month $1,000 “good behavior” bond.

And oh yes, they were also made to post this public apology on Youtube. Prepare to cringe.

Twitter quickly got on just how absurd the situation was as it was embarrassing.

It hurt to watch, for all the awkward reasons.

Nice touch by Johnny Depp & Amber Heard to film their dog-smuggling apology video as though they’re talking to a dog pic.twitter.com/Vpju9VxSsQ

Depp is very underrated as an actor. That performance of ‘man loathing every second of being forced to do this’ was utterly convincing.

Somewhere behind the camera, some Australian figure of authority is enjoying this a little bit too much.

Depp: …*sighs*…furthermore, your Deputy Prime Minister is a handsome man and I would turn gay for him.
Barnaby: more

We feel your pain, Johnny.

oh my god that video. How can 42 seconds be so painful

The UK and France are still looking for their apologies for the accents.

When I thought about a headline like Johnny Depp Apologizes to Nation, I always assumed it would be about us, or at most France

The US arms sale industry is large and successful. More than 30% of exported weapons in the world come from the United States. They supply to no less than 90 nations making it one of the largest suppliers of weapons in the world. The US makes an estimate of almost 200 Billion dollars in annual… END_OF_DOCUMENT_TOKEN_TO_BE_REPLACED

Now that the election results are almost final, we all want to ask what’s going to happen to Donald Trump after leaving the office? All US Presidents inevitably reach the point where they leave the White House.  Besides, the constitution states that all US Presidents are subject to a two-term limit. What do former presidents… END_OF_DOCUMENT_TOKEN_TO_BE_REPLACED

This is the first time in modern history that the US held presidential elections in the middle of a pandemic. In truth, the US elections may have overshadowed COVID-19 and the side effects are limitless. America is facing a tough crisis of discontentment with the current administration. An understandable case but a situation that may… END_OF_DOCUMENT_TOKEN_TO_BE_REPLACED