Addicting Game on Poki Is A New Multiplayer Twist On...

A new online game on Poki.com is taking Internet gamers by storm. A twist on the classic Snake game, Slither.io is a trippy revision of the old concept. The concept is nothing new. Most of us remember the game of Snake, you move a small “snake” around the screen gobbling up randomly appearing dots. The more dots you eat, the larger the snake grows. The “snake” dies if it runs into itself and if you have played Snake before you know how hard its gets as the game gets on. 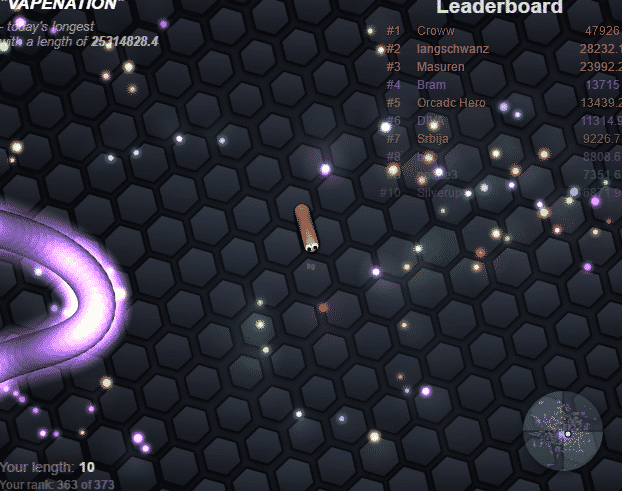 Slither.io on Poki takes this classic concept and adds a social twist. Players log into the game and play surrounded by other players. With custom color and pattern choices, larger snakes look to trap and eat smaller players. Smaller players try to gobble up as many neon glowing orbs to grow as large as their counterparts. One collision with a snake of any size will cause your demise. It is as easy as it sounds, but extremely addicting. We logged on to Poki’s website to see what all of the fuss was about and found ourselves playing an hour later. (Sorry boss!)

Depending on your luck, an online Slither.io game can take seconds, minutes or hours. Strategy plays a big role in this game. Whether you choose to be offensive or defensive, Poki’s developers suggest a number of ways to play.

“There are plenty of different ways to play, as every gamer can decide whether to act offensively or defensively. On the offensive front, snakes can try to block each other’s paths and cause other reptiles to collide. Just like a hungry boa constrictor, an aggressive gamer might encircle and trap another player. If the prey gets caught, the aggressor can eat its trail of glowing remains, and the offensive move pays off in spades.”

Maybe you want to take a more defensive approach. Some clever players have figured out how to maneuver themselves a certain way that forces larger snakes to crash into them. The larger snake leaves behind tons of yummy orbs to help the smaller snake gain several sizes.

Of course, there are those that take a more cautious approach to the game. Many players stay alive for quite a while by avoiding other players all together. These players lurk around the game eating up all the orbs. However, while the game lasts longer, it takes much longer to gain size. 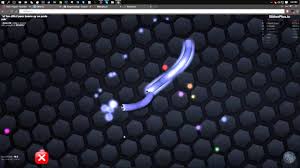 Besides being insanely addicting, the creators of Slither.io have also made the game completely customizable. Different colored and patterned skins are available to allow players to to customize their snakes. A variety of choices are made available once a user shares a link to the game on social media. From country flags to neon colors, you have endless options.

Fueling many players’ addiction to Slither.io is the yearning to make it to the top of the leaderboards. The competition is constantly going and the leaders are always changing. The coveted top spots on the leaderboards come with a special reward. The daily leader gets to post a message for all the other players to see.

Poki is also the mastermind behind several other addicting games. You can check them all out on their website. Just make sure to free your day because you might just end up spending all day in front of the computer screen.