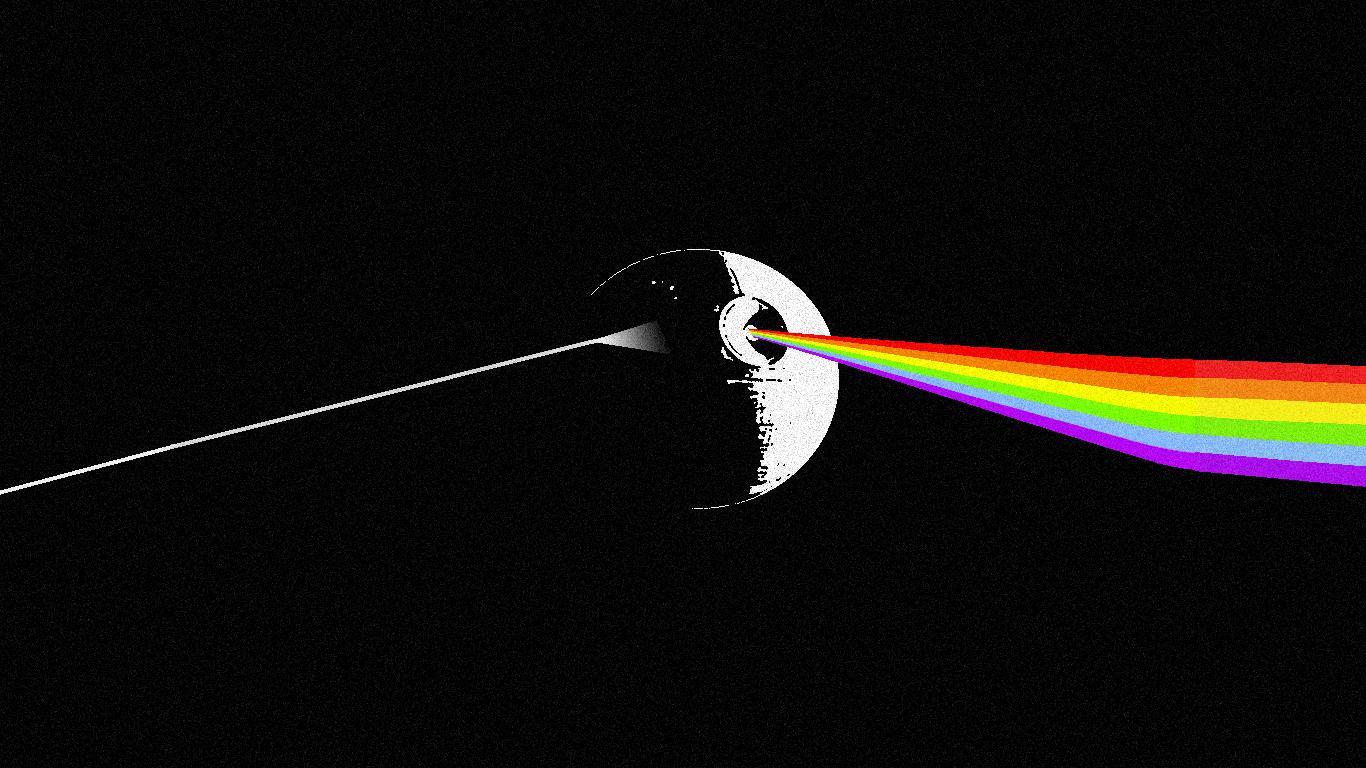 Add ‘Star Wars: The Force Awakens’ to the list of films that purportedly sync up with Pink Floyd’s ‘Dark Side of the Moon.’ We have a redditor to thank for pointing it out in a post titled The Dark Side of the Moon syncs perfectly with the new Star Wars.

“First of all, yes, I have a lot of free time,” they acknowledge. “This is why some parts, mainly the last scene, seems to take too long and why a lot got cut ‘because of the time.'”

We’re not exactly sure what they meant by that, so moving on:

“Each act is roughly the same time as the album (~40 minutes). The music is always spot on for every scene, but the lyrics are what confirm that this was, indeed, proposital.”

Proposital, by the way, means “done deliberately; intentional.” You learn something new each day.

“Play the album after the crawl, when the camera moves from the stars to the ship that’s flying over and eclipsing Jakku’s moon (hint hint). Leave the ‘Repeat’ on, it needs to be played 3 times in a row, one for each act, with no interruptions.”

He adds an edit:

Being more clear about it: Basically, press play as soon as the text from the crawl vanishes from the screen. The screams at the end of “Speak to Me” sync perfectly to bb-8 running after seeing the ships arriving at jakku, so, if you’re having trouble syncing at the crawl, leave the album paused at the second the screams begin, then press play at the exact moment that bb-8 turns around after seeing the ships.

So does it actually work? Thankfully, you don’t have to go through a lot of trouble to find out. The Reddit user was kind enough to include a video of the sync up. You be the judge:

Israel’s Iron Dome has protected the country against missile attacks for years. The Iron Dome in Israel is the biggest of its kind in the world. No other countries in the world use the same air defense system, meaning it is one of a kind. The tension between Israel and Gaza has been going on… END_OF_DOCUMENT_TOKEN_TO_BE_REPLACED

The world is devastated by the news that Britain’s Prince Philip, the Duke of Edinburgh, has died at the age of 99. Palace media confirms that the Duke has expired mid-day today, April 9th. The announcement did not contain any specifics on the cause of death. The United Kingdom will enter a state of national… END_OF_DOCUMENT_TOKEN_TO_BE_REPLACED

Who would have known that religious prophets would be among the most loyal supporters of former President Trump? In fact, it has been observed that the most conservative Christians may have been the right amount of push for Trump’s presidential win back in 2016. Since Trump’s election back in 2016, numerous self-proclaimed “prophets” have been… END_OF_DOCUMENT_TOKEN_TO_BE_REPLACED