So Bernie Sanders Now Has an Ice Cream Flavor

With election problems cropping up in the most outrageous ways, from missing ballots to voting queues with a five-hour long wait, ice cream certainly sounds like a good idea. How about some Bernie Sanders to go with it?

Ben Cohen, one half of the ice cream success that is Ben & Jerry’s has created an ice cream flavor dedicated to the Democrat candidate, and the duo are hitting the road to give out free scoops to voters. (Oh, a caveat: The ice cream flavor is Cohen’s own creation — it is in no way connected to Ben & Jerry’s brand, which was sold to Unilever ten years ago.) The pair are no strangers to making a stand on issues through their ice cream flavors, and they’re definitely feeling the Bern with this new one.

Introducing, Bernie’s Yearning, with a friendly reminder to “open joyfully”. 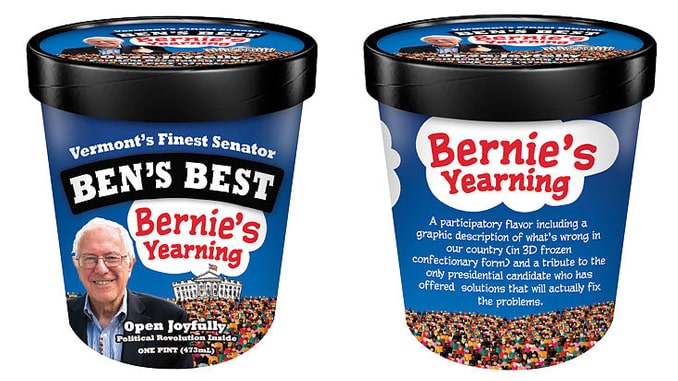 The new flavor is a tub of deliciously chill mint ice cream, and is topped with a rich, rich layer of chocolate. (Ben, I so see what you did there.) 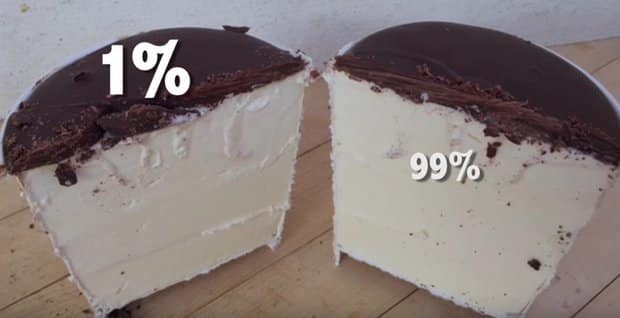 Oh, and it even comes with instructions on how to enjoy a refreshing pint: 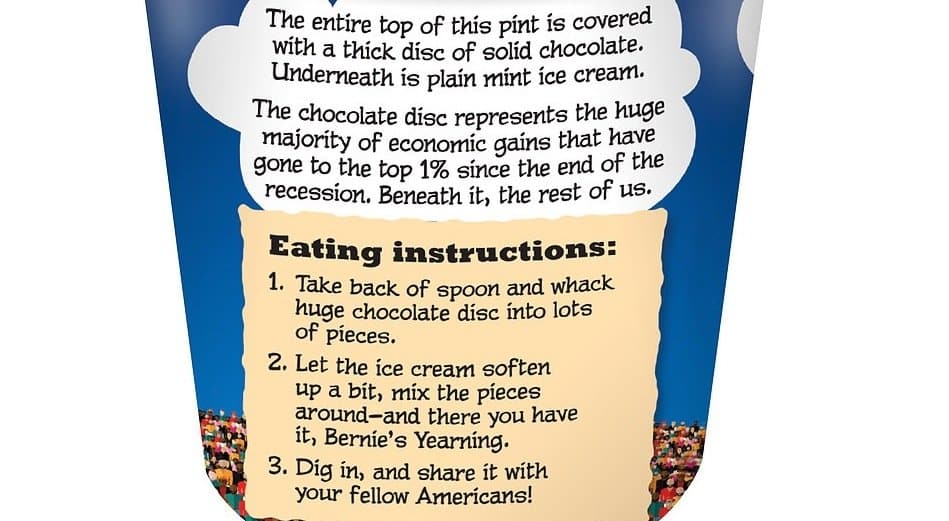 “We’ve been his constituents for over 30 years,” Cohen shares with The Guardian. “We’ve seen the way he governs. We’ve seen his tremendous consistency on the issues. Where he’s coming from is a place of real internal passion about economic inequality. He’s a politician that comes along once in a generation.”

Bernie’s fans were feeling the mighty, mighty need for some of that ice cream, too.

There’s just so much demand.

And the lucky ones who managed to get themselves a nice cup or cone got to taste the sweet, sweet flavor of change.

I got to taste #BerniesYearning and take a #selfie with @benandjerrys on assignment @tabletmag pic.twitter.com/XCVDvMszYY

Jerry Greenfield, the other half of the Vermont-based ice cream company, also shared his thoughts: “Ben has said, if Bernie wasn’t so committed and so passionate, you might find him boring because he does not hop around from issue to issue. But Bernie is so genuine and so different from other candidates. He is certainly not your politics-as-usual politician.”

Bernie Sanders And The Little Bird: A Twitter Story