Being homophobic in this day and age? C’mon, folks, it’s 2016. Then again, some people just haven’t gotten with the times, as this aunt found at the hands of Twitter.

Twitter User @maggieglen had an argument with her aunt when said aunt dropped an h-bomb on her. This was one thing our Twitter user wouldn’t take sitting down.

Fun fact: the word “f@ggot” quite literally simply means a small stick used as tinder for a bonfire. Y’know, he kind of fires people in the medieval times used to burn witches in? Oh, right, and homosexuals.

Said aunt tried texting an apology to @maggieglen for her unsavory words, but then, this came out more like an non-apology. 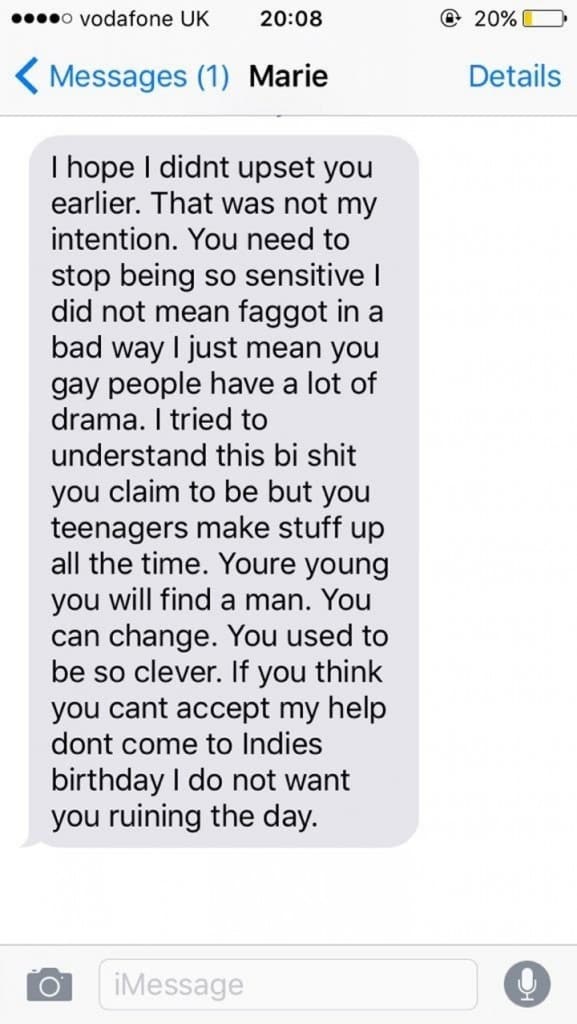 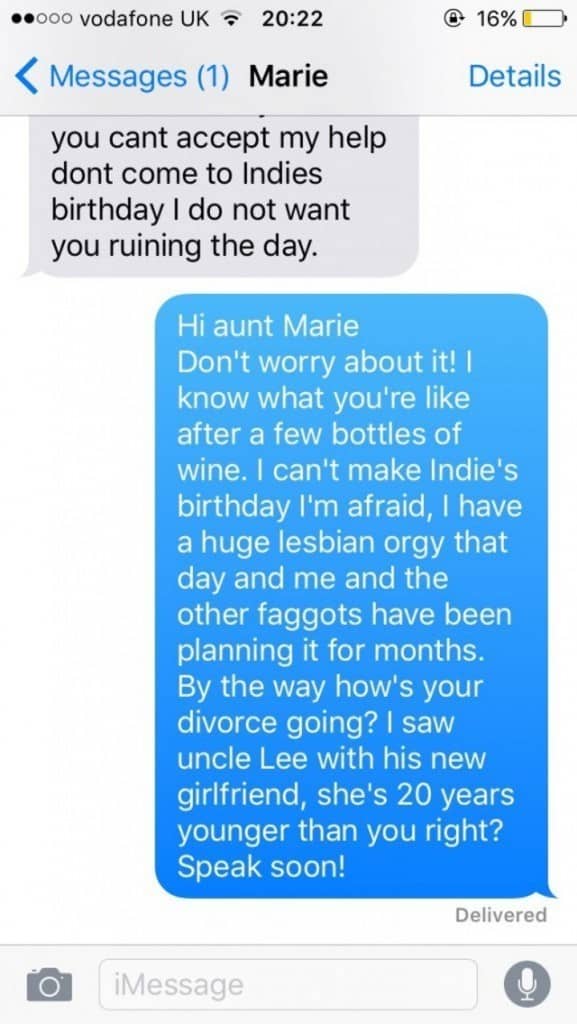 @maggieglen continued documenting the continuing shitstorm, including panicked texts from her parents. Apparently, Auntie ran crying to them after above burn. 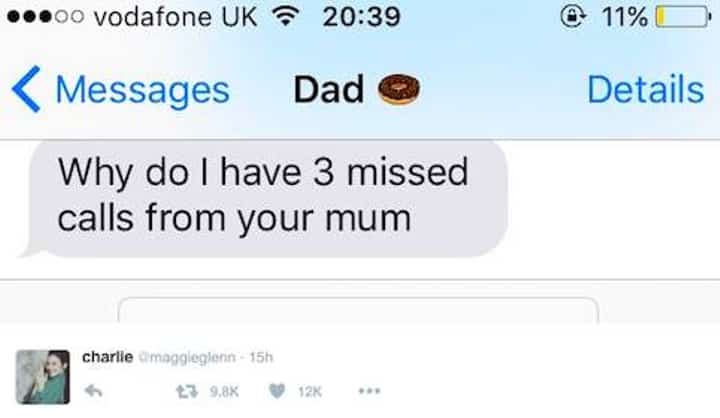 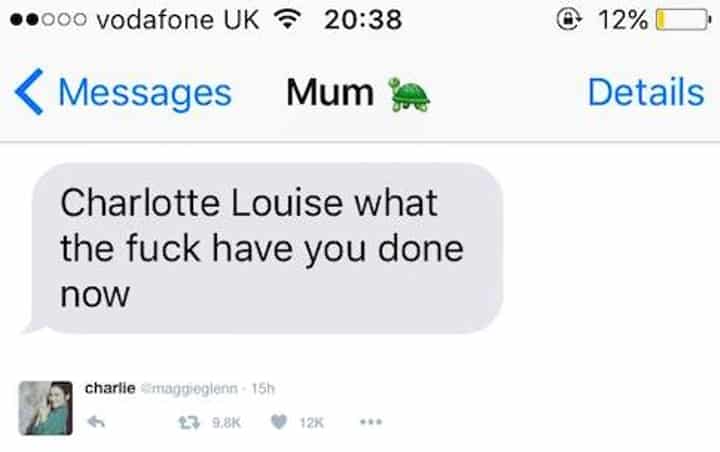 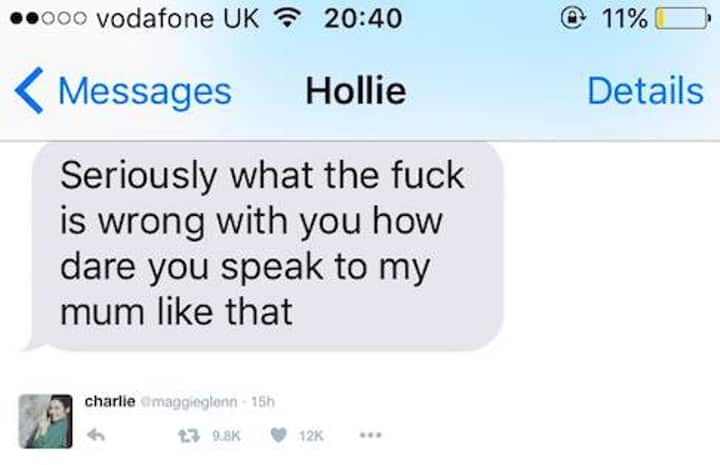 After her family began stirring up drama and questioning her, @maggieglen reached out to her Twitter followers with this tweet. We’re sincerely hoping it’s not, er, serious.

does anyone want to adopt me

And Twitter responded with a deluge of support and love.

@maggiegIenn Yes you are a hero

@maggiegIenn check your email I sent the adoption papers

Despite this, there were still naysayers floating on the Twitterverse, saying this could all just be a stunt to earn her 15 seconds of fame. Maggie released this statement: 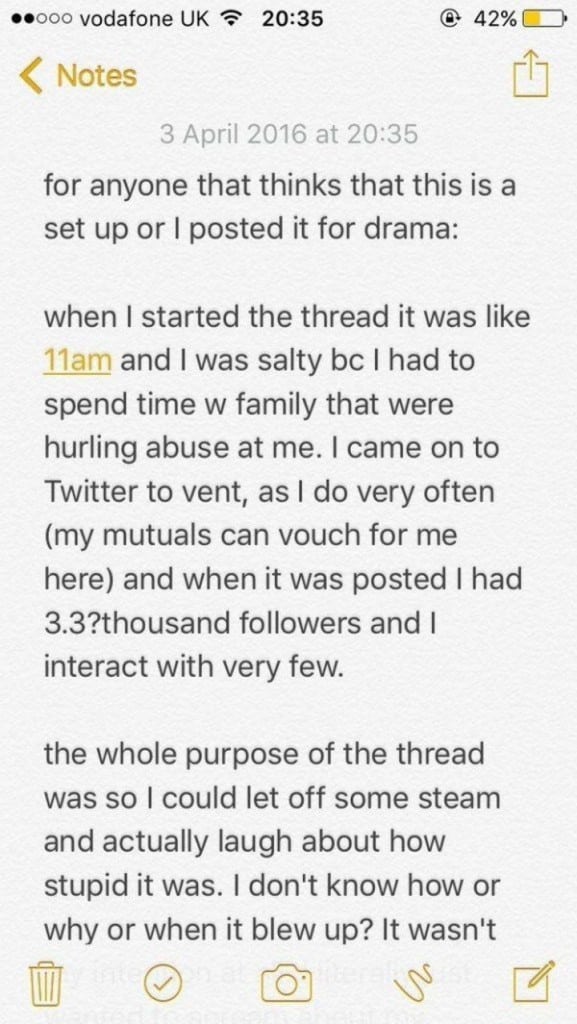 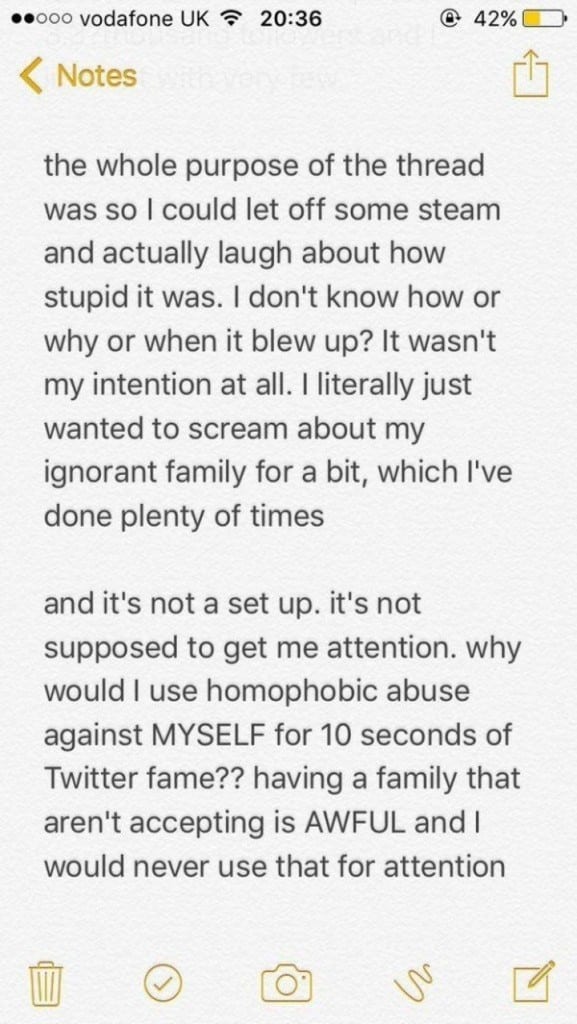 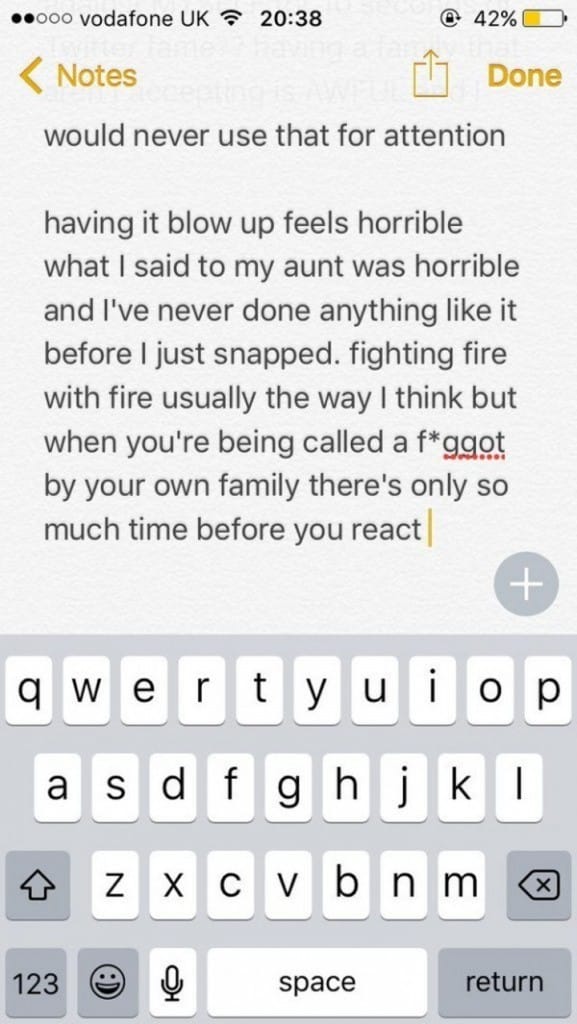 J.K. Rowling Responds To Homophobic Tweet, Continues To Be Awesome