Tinder Wants You To Get To Know These STIs a...

On Tinder, it’s all fun and games (of love), until someone loses an eye. Or feeling. Or their immune system. Or genitals.

Hero, an Australian condom company, and artist Aaron Tyler team up to bring you a team of the hottest, most popular, and life-changing matches the dating app has ever seen. Meet Johnorrhea, Chlaramydia, Stephylis, Herpez, and more. They love pizza, lat night drinks, and hanging out in bars — and oh yeah, they’re also STI’s.

Such a cutie! However, getting an STI is not.

There have been no studies regarding STI’s and Tinder, but We can hazard a guess that STI’s are on the higher end of the spectrum on the dating community. 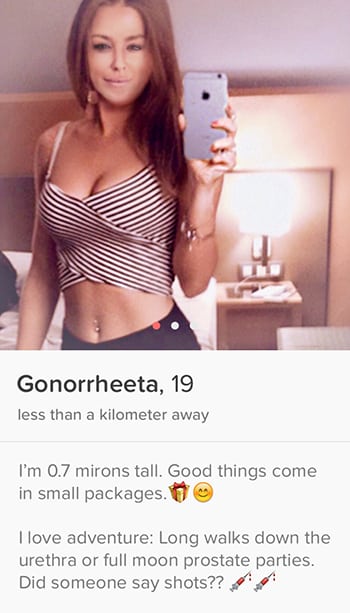 These fake profiles come with a name that’s a play on the disease’s name to go with these faces. The “About Me” section is also written out like an actual person’s profile, including a list of unpleasant symptoms — rashes, sores, dementia, and a host of other yucky features. 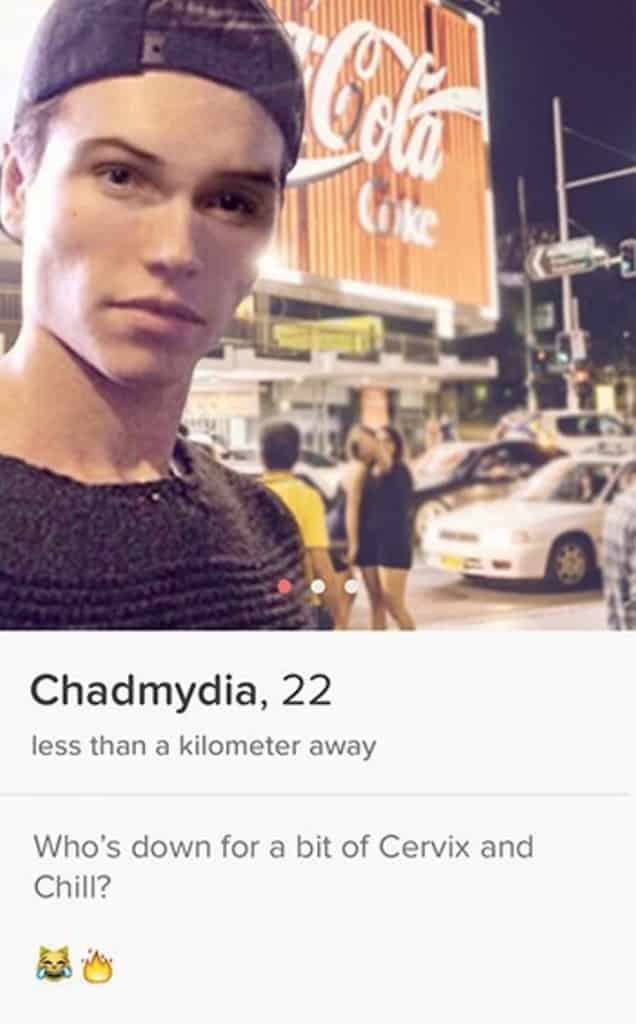 “We set in motion a campaign concept that would allow us to reach youth on a 1 to 1 basis and to remind those that may not be using condoms, that they should play it safe when out there in the world of dating,” a spokesperson from Hero Condoms said.

Because really, what could be more sexy than pain, inflammation, and penile discharge? Er, a whole lot of other things, actually. 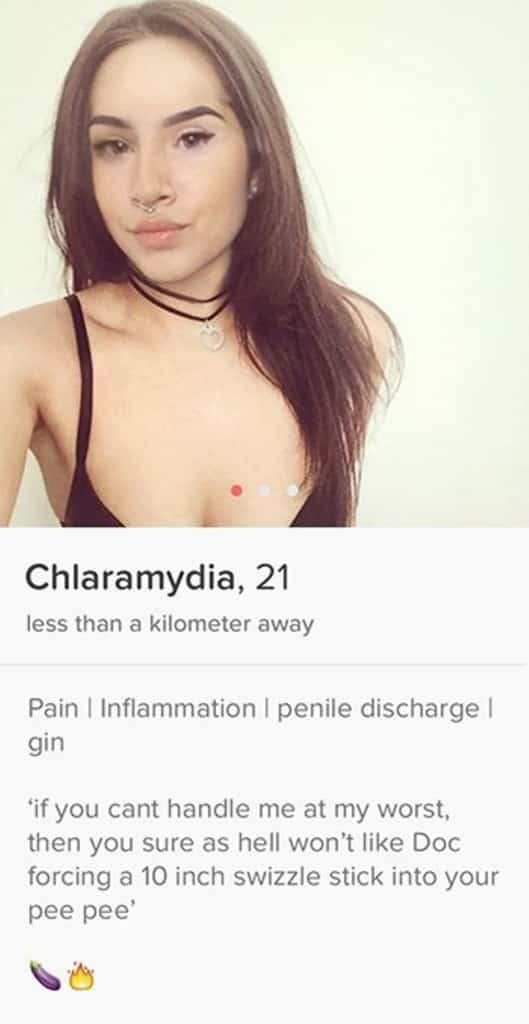 This guy wants to get into a serious relationship with you. We suggest running in the other direction. 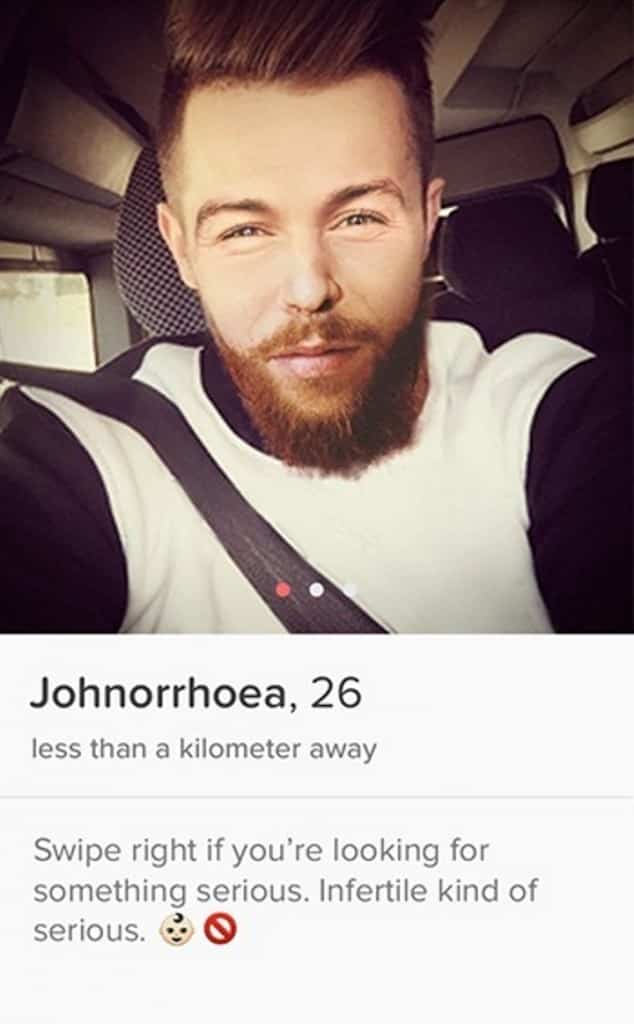 Oh, look at this guy, what a sweetheart he is! *cringe*

Being a Potterhead doesn’t really make this any better.

Tinder Wants to Match You With the President of Your Dreams

This British Comedian Tries Tinder As A Woman [Video]