Stevie is a new iPhone App that takes your Twitter and Facebook feeds and turns them into a personalized TV show. The company launched in Summer 2012 and has now closed a $1.5 million funding round.

The company’s Series A funding arrives with help from Horizons Ventures and will be used to further develop the company’s platform and delivery technologies.

In an email to SocialTimesStevie CEO Yael Givon explains:

“At the heart of Stevie is its context engine that matches content to viewer. This year, along with distribution to new platforms, we will be focusing on progress in this matching system—bringing in more content sources, more customization and some killer channels.”

The free iPhone app launched today, joining the company’s already released app for the web and Windows 8. Next up are apps for Google Android, Xbox and in the future possibly SmartTV’s.

The social content turned into broadcast footage experience is still relatively new. Paper.li has had some success in the Twitter aggregation field but Stevie is a far different experience.

Do you think Stevie will be a success? 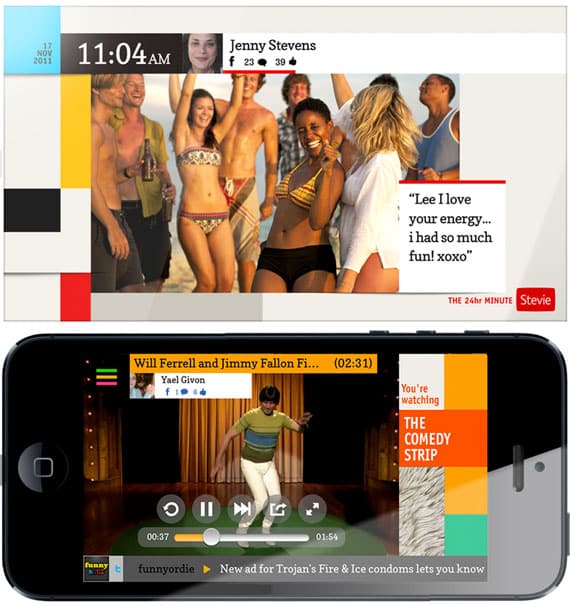