Unicorns Were Real, May Have Met Early Humans

Hold onto your horn. Unicorns, or at least something resembling a unicorn, were real and may have even met early humans.

According to the American Journal of Applied Sciences, the Siberian unicorn, also known as Elasmotherium sibiricum, last walked the Earth about 29,000 years ago. Previously, scientists believed the creature went extinct some 350,000 years ago. A newly discovered fossil of a ‘unicorn’ skull, however, proves they walked the Earth much more recently. So recent, in fact, our ancestors may have encountered them.

The skull was found in Kazakhstan. Scientists hope the discovery will help them learn more about the enigmatic species.

The Siberian unicorn is a bit beefier (and uglier) than the ethereal creatures from fantasy lore. The creature stood about 6 feet 6 inches tall and measured around 15 feet long. Scientists think it weighed about 8,000 pounds. Basically, they’re more closely related to a woolly mammoth than a horse. 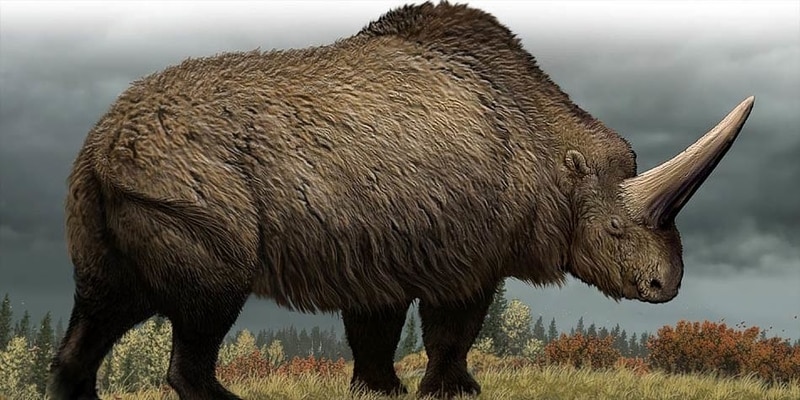 Here’s the conclusion of the researchers’ report, for the paleontological-minded of us:

“Survey of the found remains of Elasmotherium in Pavlodar Priirtysh Region revealed quite a long existence of these rhinos in the southeast of the West Siberian Plain. Our investigations into the Kozhamzhar occurrence showed that biostratigraphic interpretation of the geological age of the alluvial Quaternary deposits is highly complicated. The use of radiocarbon bone dating methods allows solving some problems of biostratigraphy and specify the time of the existence and extinction of certain species of mammals. Our study following the data by Kosintsev (2014) confirmed the longer existence of Elasmotherium sibiricum within the territory of the West Siberian Plain. The time of its extinction can now be compared with the boundary between Karginsky Thermochron and Sartan Cryochron of Late Pleistocene (boundary of MIS 3 and 2) in Western Siberia. These data significantly complicate the solution of stratigraphic and geochronological issues based on the remains of fossil mammals in the Quaternary sediments. New data are also pushing for mass radiocarbon studies of mammalian remains that were previously considered admittedly ancient and extinct more than 50-100 thousand years ago.”