Rob Ford Has Died Of Cancer

Rob Ford, the former Toronto mayor famous for his drug and booze-filled antics, has died at the age of 46 after briefly battling cancer. Ford had been diagnosed with a particularly aggressive form of cancer in 2014. 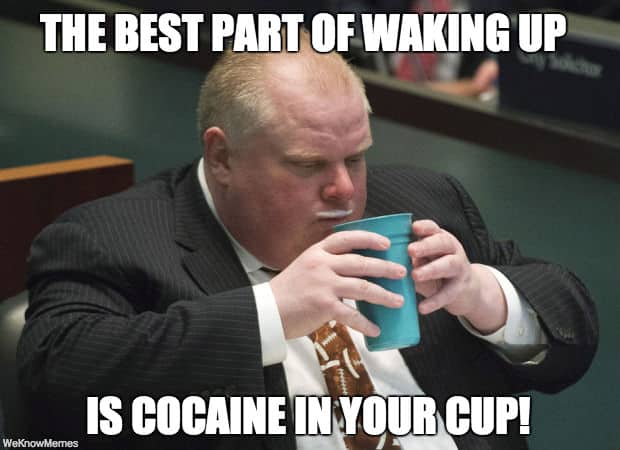 Despite the international infamy surrounding his drug use and controversial personal life, Ford remained popular until his death. “A dedicated man of the people, Councillor Ford spent his life serving the citizens of Toronto,” Ford’s family said in a statement.

Due to his failing health, Ford could not run for re-election as Toronto’s mayor in 2014. Instead, he won a season on the city council. The victory has been described as a landslide.

Ford is remembered for his passionate dedication to the city of Toronto. Whether or not they agreed with his policies, his brash nature endeared him to many of the city’s residents and political observers abroad.

In a statement, current Toronto Mayor John Tory said that “the city is reeling with this news.”

“He was a man who spoke his mind and who ran for office because of the deeply felt convictions that he had… I know there are many who were affected by his gregarious nature and approach to public service.”

While serving as mayor, Ford was embroiled in scandal when video footage surfaced depicting him smoking crack cocaine.
“Yes, I have smoked crack cocaine,” he told reporters. “But… do I? Am I addict? No. Have I tried it? Probably in one of my drunken stupors, probably approximately about a year ago.”