With Facebook shares currently trading at $27.71 the value of the donation is $498.78 million.

“Two Years ago, Priscilla and I signed The Giving Pledge committing to donate the majority of the money we earn to charity.

Today, in order to lay the foundation for new projects, we’ve made a contribution of 18 million Facebook shares to the Silicon Valley Community Foundation. Together, we will look for areas in education and health to focus on next. I’m hopeful we’ll be able to have as positive an impact in our next set of projects.”

This is not the first big donation Mark Zuckerberg has made, during an interview with Oprah Winfrey the social network mogul donated $100 million to the Newark education system. 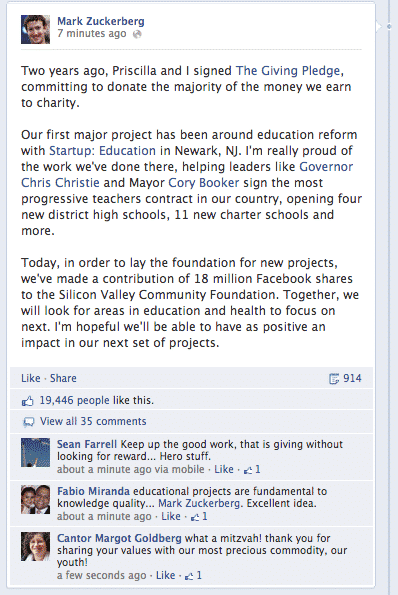