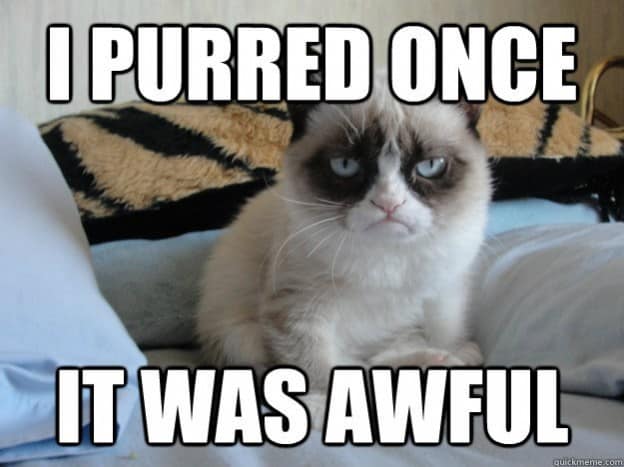 A couple of years ago, Grumpy Cat took over the Internet. The angry-looking feline became the face of almost every meme.

Known by his owner as Tardar Sauce, the household pet became an instant web celebrity because of its angry facial features. But now, a new kitten is town and is making a name for itself in the meme world. Meet Rey, a six-month-old kitten that is being nicknamed “Smiley” because of her upturned facial features appearing to look like a smile.

The two animals are already being compared in hilarious memes. Of course, the Internet runs on pictures of felines. Duh.

What do you think? Is Rey worthy to take on the throne as the newest animal meme of the Internet? Rey has some pretty big shoes (or rather, paws) to fill. With thousands of memes created, Tardar Sauce became so popular and well-known that he was made into a wax figurine at Madame Tussaud’s Wax Museum.

Rescued from an Utah animal shelter, Rey can be seen on her adopted family’s Instagram page, coen.ava.rey.

Hey Cat Lovers, Did You Fall For This Recent Facebook Hoax?

Lady on Splash Mountain Grumps Her Way to Meme Status