Bragging About Your Boo Online? You Just Might Be Insecure

by Jonette 7 years ago4 months ago

While posting the occasional couple selfie or squeeing on Facebook over your last date can be a good thing from time to time — and why not? It’s good to be in love — doing too much of this just might show you’re actually terribly insecure about this relationship.

A new study published on Personality and Social Psychology Bulletin, which examined attachment and relationship visibility on Facebook, says that if yo’re the type to pepper your timeline and oh yeah, your friends’) with ooey-gooey pictures of you and your main smooch, there’s a high chance you’re an “anxious individual”.

This study, led by Lydia Emery from Northwestern University, surveyed 108 couples at a university in Canada, all of whom were listed as “in a relationship” on Facebook. (These included open relationships and marriages.) They were told to keep a journal and jot down their thought on the security of their relationship, as well as their interactions on Facebook. With the aid of trained coders, they found out that on days when one half of the couple was feeling extra insecure about their relationship, they shared more status posts, photos or links with and about their partner. 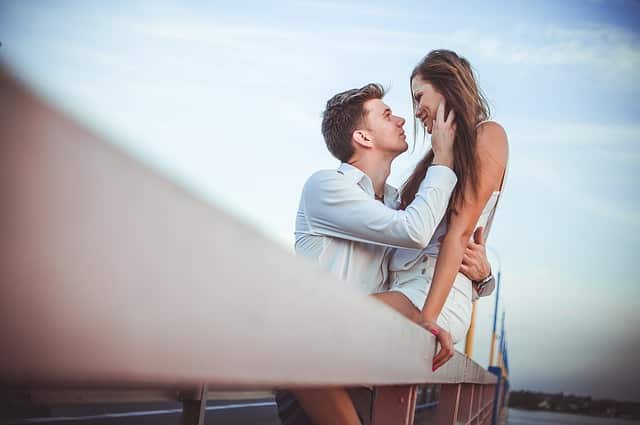 So, why do people who feel antsy about their couplehood do it? It has a lot to do with shaping how people perceive them. “When people felt more insecure about their partner’s feelings, they tended to make their relationship visible,” reads the study.

But it sometimes doesn’t stop there: another study from Aalto University found out that, while some folks keep it real online, some people deliberately add bits and pieces of fake components to their online image to meet social expectations and maintain it. Another study from the Albright University also discovered that some people use Facebook to monitor their partner’s activities on the site to “reassure themselves”  that all is well and good in their relationship.  Says the study: “individuals high in Relationship Contingent Self-Esteem (RCSE)–an unhealthy form of self-esteem that depends on how well your relationship is going–are also more likely to post affectionate content.”

Yikes. Best to work on the relationship before curating those brag posts.

Your Partner Is a Huge Factor on Your Weight Gain: Science

Arizona Couple Banned From Facebook Due To Interesting Name