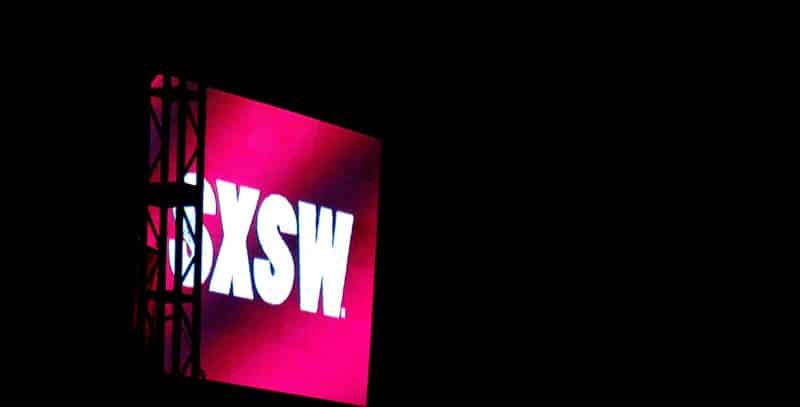 SXSW started in 1987 and became famous as a music and film festival that highlights undiscovered acts. As it grew the artists on stage became more notable, but the event still keeps to its roots. Last year the movies that premiered inlcuded Furious 7, Get Hard and Spy. But when you hear South by Southwest, it’s important to remember that this festival offers a little bit of everything. They’ve got music, movies, and politics. It’s also famous for it’s food trucks that line the streets of Austin during the week-long event.

This year at SXSW, a lot of attention was given to President Obama‘s appearance. He spoke to an audience of about 2,000 people about the importance of technology-savvy individuals working in government. Michelle Obama is speaking at the festival on Wednesday. No word on what acts the president will be attending.

"Unemployment's now below 5%.
We avoided a Great Depression.
Thanks, Obama."

And of course there’s music. So much music from great artists that you might have heard from and even more music from groups that you’ve never experienced. The wonderful thing about SXSW is that the bands play several times throughout the week, so a lot of people have stories that involve hanging out with their favorite musicians on the streets of Austin. Unlike most other music festivals, the venue for SXSW is basically the entire city of Austin, the band you like might play at a brewery at noon then down the street later that night. SXSW has a full preview guide for all of the acts playing.

The @floodmagazine @sxsw schedule is out. See you on Wednesday, March 16th, 5pm.. pic.twitter.com/42raTdFzFT

The Social Media Winners of SXSW 2014

The US arms sale industry is large and successful. More than 30% of exported weapons in the world come from the United States. They supply to no less than 90 nations making it one of the largest suppliers of weapons in the world. The US makes an estimate of almost 200 Billion dollars in annual… END_OF_DOCUMENT_TOKEN_TO_BE_REPLACED

Now that the election results are almost final, we all want to ask what’s going to happen to Donald Trump after leaving the office? All US Presidents inevitably reach the point where they leave the White House.  Besides, the constitution states that all US Presidents are subject to a two-term limit. What do former presidents… END_OF_DOCUMENT_TOKEN_TO_BE_REPLACED

This is the first time in modern history that the US held presidential elections in the middle of a pandemic. In truth, the US elections may have overshadowed COVID-19 and the side effects are limitless. America is facing a tough crisis of discontentment with the current administration. An understandable case but a situation that may… END_OF_DOCUMENT_TOKEN_TO_BE_REPLACED