In A Hilarious Turn, The Internet Wants Ted Cruz To...

It’s a bit tough to nail down exactly when the internet decided that Ted Cruz is the Zodiac Killer. The rumor may have started long before Cruz was even running for president, but his recent campaign has certainly fueled the fire behind the idea. Twitter has been lighting up with hilarious quips about this theory and it’s been reported in The Guardian and Vox.com. A Texas man is selling shirts with a creepy graphic that read “Ted Cruz – Zodiac” and donating all the money to abortion clinics.

I feel bad for the intern who has to translate Ted Cruz’s notes from traditional English to the code he likes to use as Zodiac Killer.

[GOP debate]
Moderator: Who is the real Zodiac Killer?
Ted Cruz: [nervously sweating] He goes to another school you wouldn’t know him

The idea that Ted Cruz is the Zodiac Killer has also been pushed hard in the “Bernie Sanders’ Dank Meme Stash” Facebook group, which boasts close to 450,000 members. 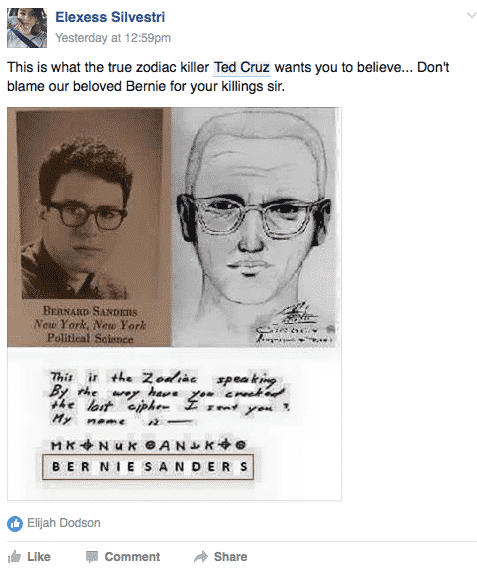 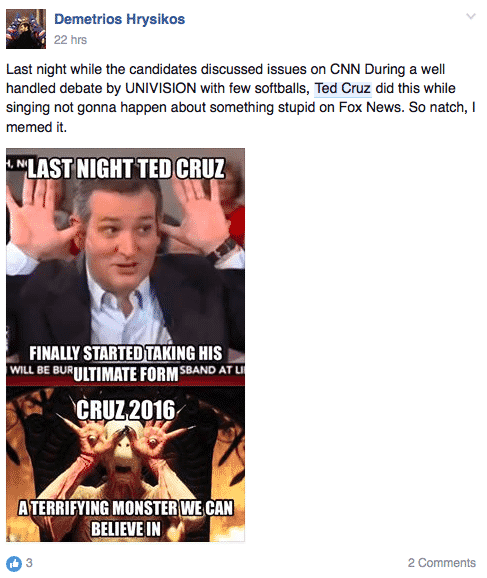 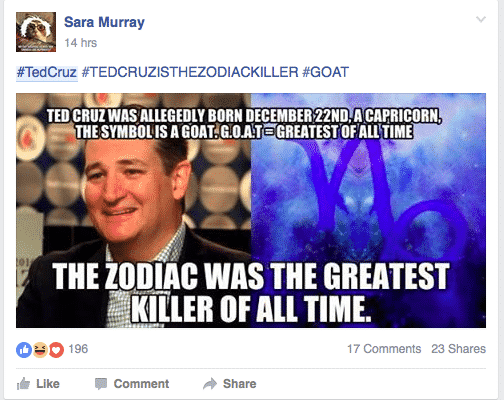 The math behind the theory is a little shaky, Cruz wasn’t even born when the Californian serial killer was on his spree. But the great thing about this theory is that it shows us how ridiculous our political system has become. In a time when it’s fine for politicians to make dick references, it’s also not that extraordinary for the internet to decide that Ted Cruz is the Zodiac Killer.