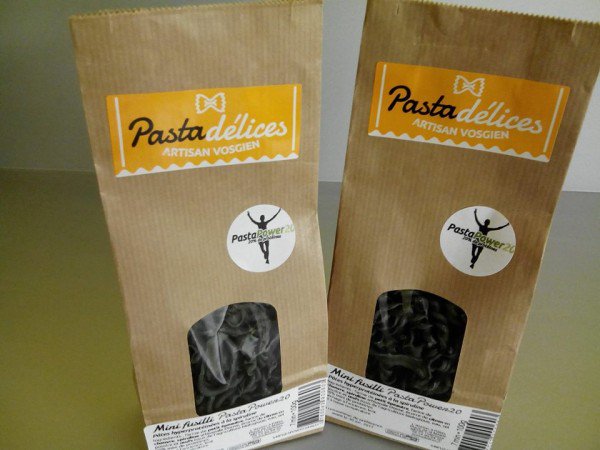 Health experts recommend eating a diet full of protein, but I don’t think this is what they had in mind. Stephanie Richard is the mastermind behind insect flour artisan pasta. That’s right, insects make up what she describes as a “protein-rich, crunchy noodle.” In fact, this creation has been so popular, it has been flying off the shelves.

Richards explains that she believes that “insects are the protein of the future.” She came up with the recipe back in 2012, when she was brainstorming ways to add protein for athletes. A local insect distributor (is that even a thing?) suggested adding their products to her prodcut and Richards ran with the idea. That year the product began to fly off the shelf, selling more than 500 bags in just a few days.

So, how does one create insect flour pasta? Richards mixes pulverized crickets or grasshoppers with ground cepe mushrooms to create a nutty flavor.

“There’s a kind of nutty taste thanks to the cepes, making it taste more like whole wheat pasta,” she explained. The ratio used is seven percent insect flour to 93 percent organic spelt wheat flour, with whole eggs added to the mix.”

The brown noodles are formed into a variety of shapes, such as penne and spaghetti. Each package retails for around $6.60, so this protein-packed meal is a bit pricier than normal pasta.

Despite the odd special ingredient, Richards explains that her product is a great replacement for meat. With the popularity of this product, she is currently working on new twists to the recipe, such as adding cheese.

Richard’s isn’t alone in thinking that her product is top notch, her single employee shares her enthusiasm.

“The name of the ingredient might be a turnoff, but it’s really delicious, especially with game meat,” said Alain Limon, the only employee at Richard’s store, Pasta Délices – Atelier a Pates , in Thiefosse, northeastern France.

Whether this is a passing fad or truly the protein of the future, bon appetit!

Barilla Pasta Doesn’t Like Gay People, Thinks A Woman’s Place Is In The Kitchen

Looking to Get Married? Consider The Church of the Flying Spaghetti Monster

How did he die? An African American man, George Floyd, 46, was killed by Minneapolis Police officers. Floyd was being investigated for forgery. George Floyd’s death was caused by a police officer holding him down on the ground with a knee on his neck. He was not shot to death but instead strangulated. Now, his family… END_OF_DOCUMENT_TOKEN_TO_BE_REPLACED

The Blood Test, The Swab Test, and The Saliva Test      Essentially, there are three general types of COVID-19 testing produced so far. One is the rapid test, the second is the saliva test and the other is the swab test. The rapid test (also known as the anti-body test) uses blood samples. The swab test… END_OF_DOCUMENT_TOKEN_TO_BE_REPLACED

The COVID-19 pandemic is one of the biggest modern pandemics known in history. Currently, there are more than five million confirmed cases in the world, with a total of 333,000 deaths. A total of 1.6 million of these confirmed cases are in the US alone. The world is currently in a race of finding a… END_OF_DOCUMENT_TOKEN_TO_BE_REPLACED

Despite concrete data and research, people’s opinions will always be diverse when it comes to a variety of topics including religion, politics, gender, and more. Denial is a common reaction to many important discussions and serious world events. The COVID-19 pandemic does not differ from any issues and is subject to opinions from critiques all… END_OF_DOCUMENT_TOKEN_TO_BE_REPLACED

Back in January, when the Wuhan, China coronavirus broke out, it didn’t make it to the front page of newspapers, in print or virtual form. Today, January feels like a lifetime away. Like it or not, people around the world have adapted to the new normal – staying at home, frequent hand washing, and social… END_OF_DOCUMENT_TOKEN_TO_BE_REPLACED

Since the beginning of the year 2020, the whole world has been stupefied by the rapid spread of a deadly coronavirus known as COVID-19. World superpowers in the West were unable to prevent the virus from reaching their borders. Because of this fact, the novel coronavirus COVID-19 became a world-wide pandemic no less than three… END_OF_DOCUMENT_TOKEN_TO_BE_REPLACED