For The Ladies, By The Ladies: The Best Bernie Sanders’...

Happy International Women’s Day! In the recent crossfire of political debates among the presidential candidates, Bernie Sanders is certainly turning up the heat.

U.S. sportsbooks have updated election betting odds, listing Trump as a close second to Clinton to take the White House. Meanwhile, Bernie Sanders is climbing the charts and hot on their heels. Is it because of his performance at the debates? The donations sent his way from his supporters on a grassroots level?

I’m thinking, it’s more because of the strong presence of people who believe in him, with women being one of the biggest components of his crowd to #FeelTheBern.

Despite Gloria Stenem’s scathing comment on the reasons why young ladies are choosing to support Bernie Sanders, it doesn’t take a degree in rocket science to see why more women are rallying to this presidentiable’s side.

(There was also that awkward Freudian slip from Chelsea Clinton calling him “President Sanders”…  but I digress.)

Let’s put the spotlight on a couple of noteworthy moments women made it clear that Bernie was the president for them. 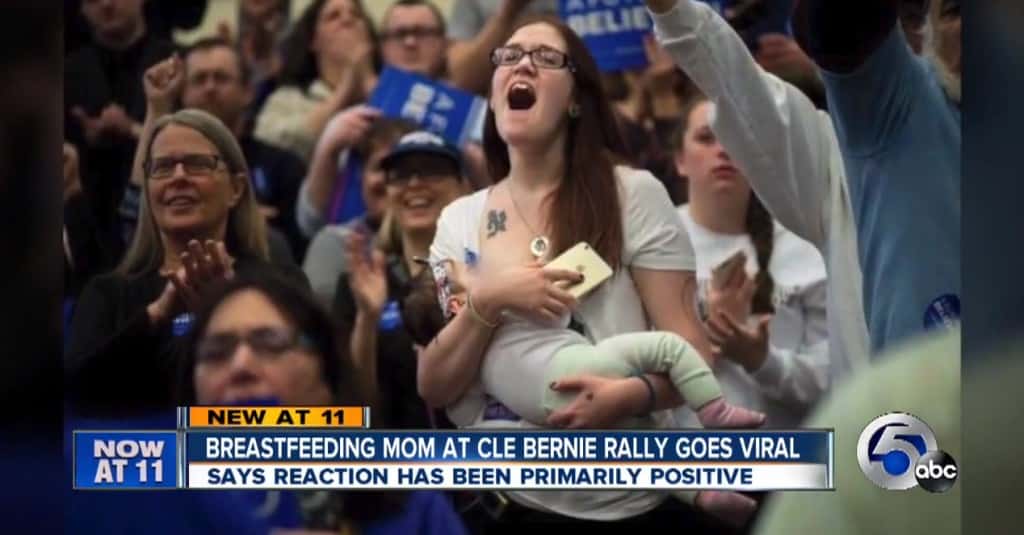 Elle Brandford knows where her priorities lie. Even at a Cleveland political candidatorial rally for Mr. Sanders, she had brought her 6-month-old baby Harper for the ride. When Harper started fussing from hunger, Elle had no hesitations that her daughter came first.

The media were quick to catch onto this mother-daughter moment. Bradford had explained that she received mostly positive responses from both fellow supporters and friends at home.

The amazing part? Bernie and his wife Jane Sanders came forward to commend her themselves. 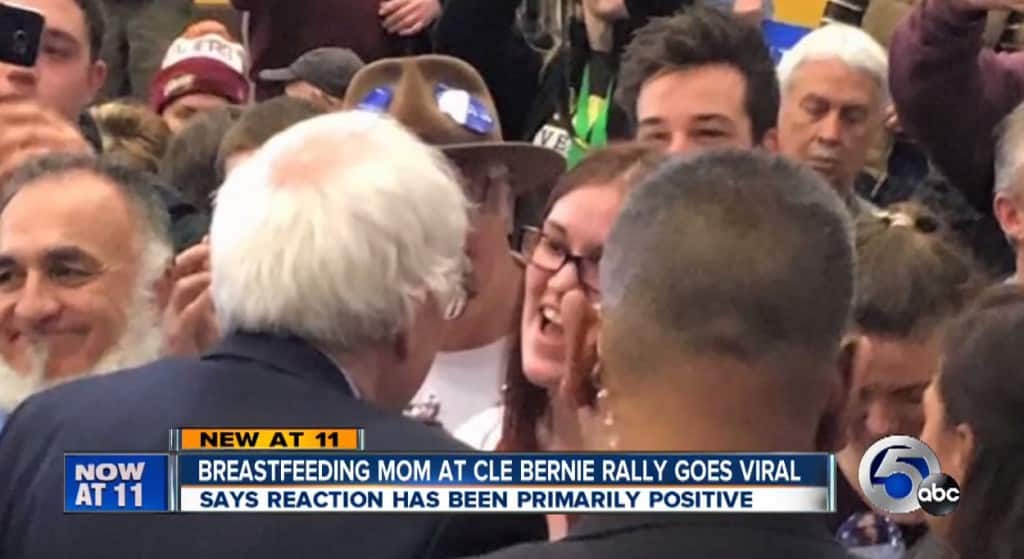 “After the rally, Bernie and Jane O’Meara Sanders both thanked me for doing what mothers do and taking care of my daughter when she needed her mom, even if that meant nursing in public!”

Braford’s son, 3-year-old Gavin, was born with a hole in his heart, and so had to be fed through a tube. Harper’s presence made Elle more determined to breastfeed her last child, and to do it right. She soon became the inspiration for #BoobsforBernie, yet more reason that women breastfeeding in public should never be stigmatized.

Teen: “Bernie Sanders, Will you Be My Dad?”

15-year-old Jill Maul is  a Bernie Sanders supporter from Kansas city, Kansas. When she heard that the Vermont candidate was going to be at her city, she and her friends just had to be there. “My friends Allison and Simone and I have been Bernie supporters for a while,” she shared with BuzzFeed News. “My mom wasn’t going to let me go because she doesn’t like socialism, but I convinced her.”

At the Feb. 24 rally, she and her friends really felt the energy and solidarity in the room for Bernie Sanders as he delivered his stump speech.“It was really energetic. It was almost like a concert because of how hyped up people were.” After his speech, sanders came down to shake his supporters hands,…

… and that’s when Maul asked if Bernie Sanders could become her Dad.

His response? “Probably not, but I could be your president.”

Now, before any confusion gives way to finger-pointing, might I offer this explanation for the word “Dad”?

Why exactly did Jill Maul call Bernie “dad”? According to BuzzFeed News, she views Bernie as a “father figure.” “I haven’t got a crush on him, but I’ve got a crush on what he supports,” she said.

“On my way home from the rally I was like, ‘I just asked the potential president of the United States to be my dad,’” Jill said. “I just sat there thinking, ‘I’m so stupid.’” No you’re not! Go enjoy your youth and stand for what you believe in, Jill. Go live your best life.

Might we see Bernie Sanders’ odds improve as the heat gets turned up? Only time will tell.

Bernie Sanders Goes To The Polls: ‘After a lot of thought, I voted for me.’