This company has got the backs of its female employees, one period cramp at a time.

Coexist, a British social enterprise dedicated to engaging creative projects and developing social businesses for the community, is now allowing female employees to take days off on those painfully debilitating red-letter days. Whats more, these days off aren’t counted as a sick leave. Word.

Bex Baxter, the director of Coexist, believes that time off work does not make a business unproductive. Rather, a “work/body cycle synchronization” is best to achieve the ultimate creative and positive workplace vibes. ‘ Baxter says. “It’s not just about taking time off if you feel unwell but about empowering people to be their optimum selves, If you work with your natural rhythms, your creativity and intelligence is more fulfilled. And that’s got to be good for business.”

Baxter underlines the issue of women’s equality in the workplace with this zinger: “I was talking to someone the other day and they said if it were men who had periods then this policy would have been brought in sooner.”

Alexandra Pope, a women’s leadership coach and educator, will be giving a seminar mind-March in the company on the benefits of valuing women’s natural menstrual cycles in the office as a way of improving work culture, and even boosting creativity.

Periods can really be a bummer. Let Tumblr show you how.

It’s all hell unleashed in the uterus, and it’s here to stay for the next few days.

It needs to come with its own warning label. 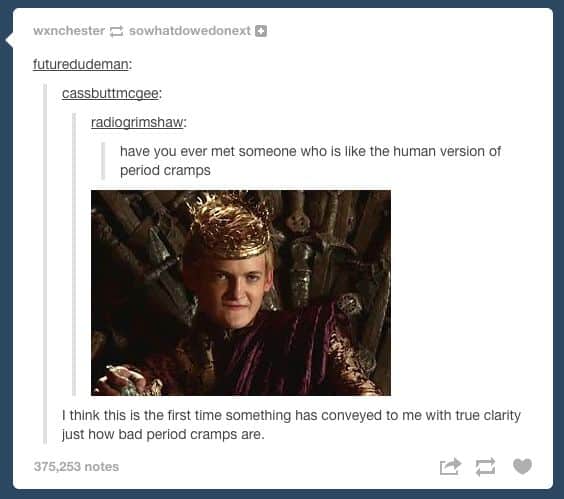 Oh, Joffrey not bad enough for you?

So let’s play a game called “Period or Organ Rupture?” 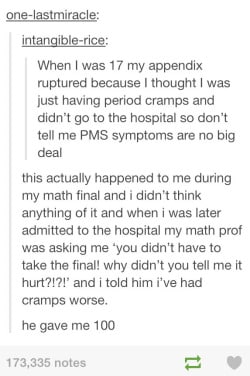 And the shame attached to periods and its accessories doesn’t help the pain at all. 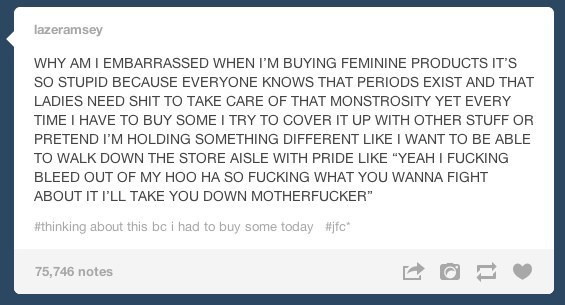 Yes, periods are terrible, but that doesn’t mean we can’t have a bit of fun with it. 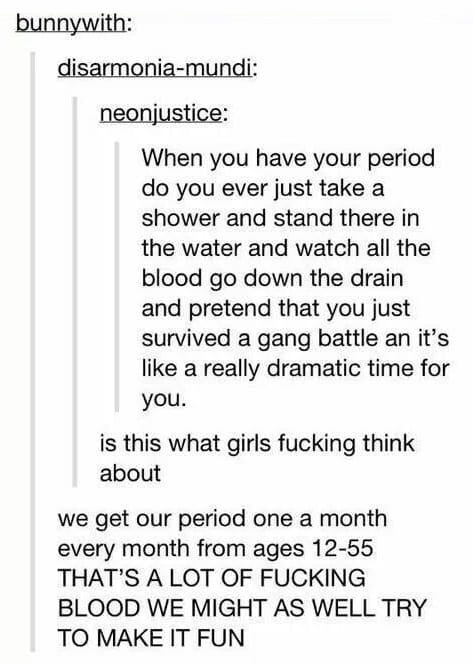 And next time someone insults you about being on your period, well… You know what to do.