Cinema Luminaries Honored at the Berlinale

The Berlinale, or the Berlin International Film Festival (Internationale Filmfestspiele Berlin in German) was held from the 11th to the 21st of February 2016. The beautiful and storied city of Berlin opened its doors and welcomed film-makers and cineastes alike to share in the fruits of the artists’ labours in the theme of “the right to happiness”. 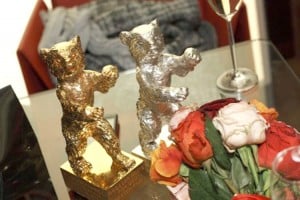 The closing ceremony, held at the Berlinale Palaste, was no less glamorous. Directors, scriptwriters, sound designers, actors, and more gathered to celebrate and honor the outstanding performances of this year’s crop of films. Gold and silver Bears were awarded to film-makers who sought nothing less than artistic excellence with a heart. The International Jury under the presidency of Meryl Streep, the International Jury for the Best First Feature Award and the International Short Film Jury, together with actor Clive Owen, presented the main awards.

The Golden Bear for Best Film went to Fuocoammare (Fire at Sea), by Gianfranco Rosi. The film tells about the plight of refugees as they strive to make the journey to the Mediterranean island of Lampedusa to escape the scourge of war and poverty. This is all framed through the eyes of Samuele, a teenage boy who goes through the daily motions of his life.

Through his film, Rosi paid tribute to the refugees who fought for their lives and the future of their children.

“I want to dedicate this award to the people of Lampedusa who were always extremely open to accept people arriving there… Of course now at this moment my deeper thoughts go to all the people that never arrived to Lampedusa on these journeys of hope,” Rosi said in his acceptance speech. It was a fitting end that the Berlinale closing ceremony also made it possible to sponsor Syrian refugees with free tickets to welcome them.

“The Berlinale is also here to show that we take responsibility and we want to share the thoughts of the refugees and they are also here in the program,” said festival director Dieter Kosslick.

Following swiftly on the heels of the Golden Bear for Best Film is the Silver Bear Grand Jury Prize. This was awarded to Smrt u Sarajevu/Mort à Sarajevo (Death in Sarajevo), by Danis Tanovic. The film brings to focus the many faces of the results of political strife: a discussion of whether a historical icon was indeed a hero or a criminal, the clash of political ideas of a mother and a daughter, the fine line tread by foreign dignitaries in peace talks, all framed against the struggle of the a working class forced to go another month unpaid.

The Silver Bear Alfred Bauer Prize went to an entry from the Philippines: Hele Sa Hiwagang Hapis (A Lullaby to the Sorrowful Mystery), by Lav Diaz. This eight-hour film, shot in black-and-white, focuses on loosely interwoven threads of narrative surrounding the life and struggles of Andrés Bonifacio y de Castro, a hero who is considered the Fatyher of the Philippine Revolution. The driven and sorrowful thoughts of Bonifacio’s wife are framed as she is accompanied by a band of her late husband’s soldiers in search of his body in the thick of the forest. The weight of guilt and responsibility weighs heavily on the shoulders of the war widow’s followers. All this time, a Spanish governor attempts to tear the underground movement apart by playing each rebel faction against each other. 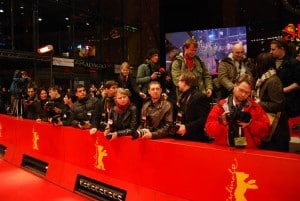 Such an illustrious event would not go uncovered by the media. Photographers, reporters, and media men were keen to capture each fleeting moment on the red carpet. For those who may not be able to be there at the event, webcasting services can be an excellent solution in news coverage and celebration of this international moment in cinema history.

Top Film Festivals to Add to your Bucket List