Baby Dolphin Dies From Being Passed Around For Tourist Selfies

There are certain things that people do that makes you proud to be a human being. This is not one of them. Specially not with selfies in the picture.

A juvenile La Plata dolpin, endemic to the warm Atlantic waters of South America, was killed on the a beach in Santa Teresita, Argentina. A Man had yanked it out of the water and began taking selfies with it. A huge crowd gathered around it, and the poor creature, along with another dolphin, was soon being passed from person to person for selfies. 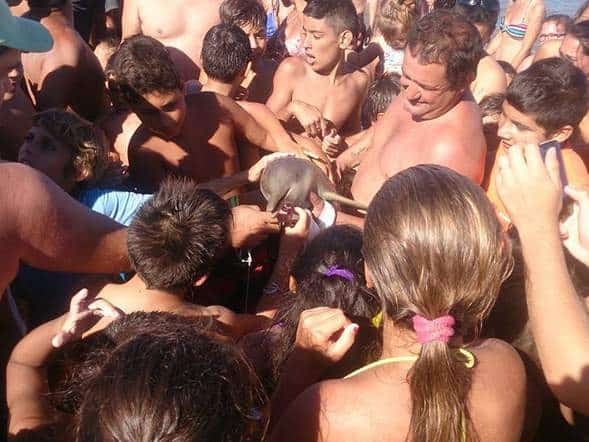 At last one of the dolphins died from the heat, the inability to breath, and the absence of water. The dolphin was still being passed around for pictures after it had expired. When the thrill of the encounter had subsided, beachgoers discarded the dead dolphin on the sands. 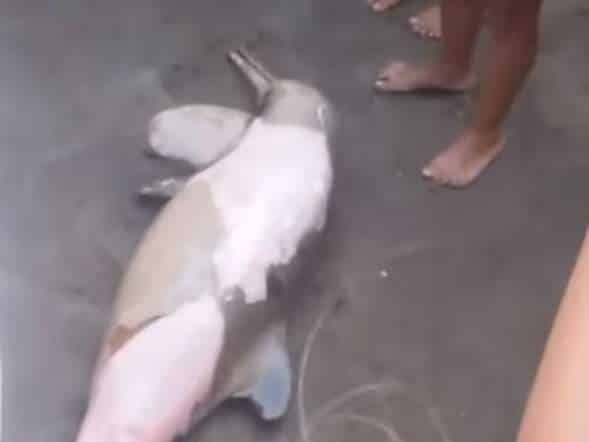 The a Plata dophin, also known as the Franciscana, is considered to be a “vulnerable” species, as there are only 30,000 of these left in the world.

The Argentine Wildlife Foundation issued a stern reminder to the public about the creature’s vulnerability to prevent such depressing events from happening again.

“The Franciscana, like other species, cannot remain for much time outside of the water, it has thick fatty skin which gives it heat and means that taking it out of the water rapidly causes it to dehydrate and die.”

“This occasion serves to inform the public about the urgent necessity to return these dolphins to the sea as soon as possible if they find them on the shore. It is fundamental that people help to rescue these animals, because every Franciscana counts now.”

Please, if you ever feel the need to take a selfie with an animal on the endangered species list, be smart and considerate it. We’re not the only ones on this planet after all; if we keep behaving as if we were, we’ll find that to be the case pretty soon enough. You don’t want to see that happen.