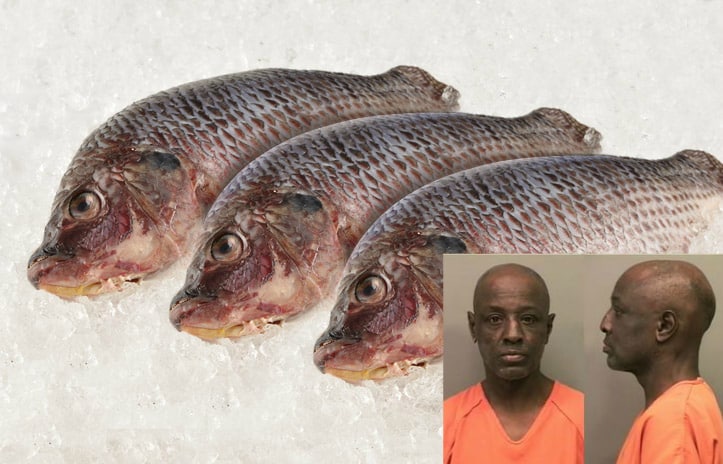 Walmart is the wild west of retail stores. Vast, open frontiers of name-brands, knock-offs, and name-brand knock-offs. A glorious display of excess and capitalism in the ugly manufactured world of everyday low-prices. Even in this lawless territory, the drunk and disorderly can go too far—by taking a piss on the floor, for example.

That’s precisely what Tennessee’s David Wylie stands accused of doing. According to police reports, Wylie was drunk and urinated on the beer isle floor. He then stuffed some frozen trout in his pants and stumbled merrily toward the exit, where he was caught.

The arresting officer says Wylie wasn’t concerned about his actions, insisting they were only “misdemeanors.”

“Wylie’s statements as well as the detection of alcohol led me to believe that the offenses were likely to continue,” the officer wrote.

Wylie, who is 56, was charged with shoplifting, vandalism, indecent exposure and public intoxication.

This isn’t the only recent example of going too far inside a Walmart store. Fox News reports on a couple who were arrested after getting into a Silly String fight and wasting multiple cans of product:

A couple was arrested after allegedly getting into a Silly String fight inside a Michigan Walmart, emptying “multiple” cans across multiple aisles in the store before leaving without paying… Samantha Christiansen, 26, and Derek Gomez, 24, were free on bond after reportedly facing a misdemeanor charge of third-degree retail fraud. The report said employees demanded that they pay for the cans before leaving the store, but they refused. The retail fraud charge is leveled when up to $200 worth of products were stolen. The report points out that Silly String sells for about $3 a can.

How did he die? An African American man, George Floyd, 46, was killed by Minneapolis Police officers. Floyd was being investigated for forgery. George Floyd’s death was caused by a police officer holding him down on the ground with a knee on his neck. He was not shot to death but instead strangulated. Now, his family… END_OF_DOCUMENT_TOKEN_TO_BE_REPLACED

The Blood Test, The Swab Test, and The Saliva Test      Essentially, there are three general types of COVID-19 testing produced so far. One is the rapid test, the second is the saliva test and the other is the swab test. The rapid test (also known as the anti-body test) uses blood samples. The swab test… END_OF_DOCUMENT_TOKEN_TO_BE_REPLACED

The COVID-19 pandemic is one of the biggest modern pandemics known in history. Currently, there are more than five million confirmed cases in the world, with a total of 333,000 deaths. A total of 1.6 million of these confirmed cases are in the US alone. The world is currently in a race of finding a… END_OF_DOCUMENT_TOKEN_TO_BE_REPLACED

Despite concrete data and research, people’s opinions will always be diverse when it comes to a variety of topics including religion, politics, gender, and more. Denial is a common reaction to many important discussions and serious world events. The COVID-19 pandemic does not differ from any issues and is subject to opinions from critiques all… END_OF_DOCUMENT_TOKEN_TO_BE_REPLACED

Back in January, when the Wuhan, China coronavirus broke out, it didn’t make it to the front page of newspapers, in print or virtual form. Today, January feels like a lifetime away. Like it or not, people around the world have adapted to the new normal – staying at home, frequent hand washing, and social… END_OF_DOCUMENT_TOKEN_TO_BE_REPLACED

Since the beginning of the year 2020, the whole world has been stupefied by the rapid spread of a deadly coronavirus known as COVID-19. World superpowers in the West were unable to prevent the virus from reaching their borders. Because of this fact, the novel coronavirus COVID-19 became a world-wide pandemic no less than three… END_OF_DOCUMENT_TOKEN_TO_BE_REPLACED