If a picture is indeed worth a thousand words, then photographers are masters at crafting brand new stories for their subjects. The resulting image of the person on a photograph depends greatly on how the photographer chooses to see the person and tell their story.

Canon invited six photographers to practice their craft in a very special program entitled THE DECOY: A Photography Session With a Twist. They were one by one introduced to a man named Michael, and the host gave each photographer an entirely different story to go with the face. Michael was introduced as a fisherman; a self-made millionaire; a mentalist; an ex-inmate; a local hero; a former alcoholic. 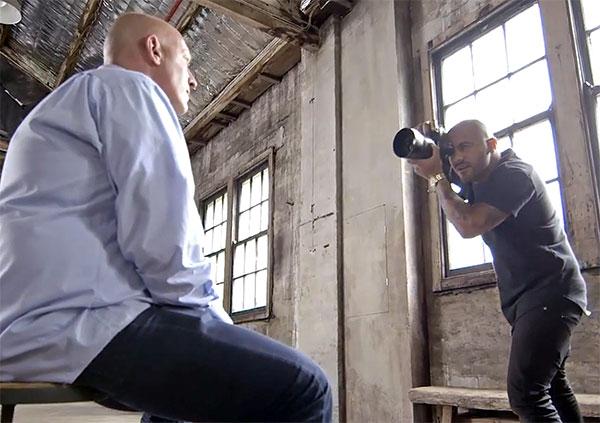 The photographers were handed their cameras, and the warehouse placed at their disposal with a few pieces of furniture, cloth, and so much gorgeous light. They took some time off their alloted ten minutes to chat with Michael, and soon, the stories in their minds began to weave themselves into being. These photographers each had a unique perspective to Michael, and began setting out to tell his “story” via compelling portraits.

The resulting video reveals nothing less than how the photographers felt abut their subject:

“I just hope I got that guy’s bravery on film.”

“It was a very intimidating environment.”

Michael himself came out to watch the photographers admiring each other’s works, as well as appreciate their masterpieces and wonder at how they portrayed him as “six totally different people”. This exercise was a good way to encourage creative to stop and think about how they portray their subjects.

A photograph is shaped more by the person behind the camera than by what is in front of it.

Witness the transformation and these 6 photographers’ creative process in the video below:

You’ve Seen This Image, But Do You Know The Backstory?