How Do Millennials Really Feel About Sexting?

The Joy of Sext.

Health blogger Kelly Benamati recently offered advice on that most contentious of long-distance masturbatory aids: the sext message. Lest you think this is a Millennial invention, read the filthy love letters of James Joyce (that man sure loved his wife’s farts) and you’ll realize people have been doing this kind of thing long before necking with emojis was an option.

But with new mediums come new ways of describing the things people have done since society immemorial. Story of the millennial’s life. Benamati’s article is typical of this approach:

“Our world has gotten very liberal with the way we function in many relationships as well as what societal norms teach us is okay.” 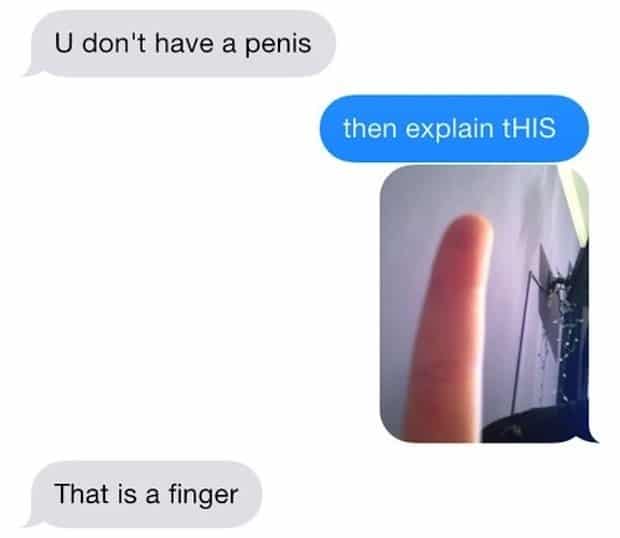 When mobile phones came in vogue with teenagers near the turn of the century, sexting became a hit with sensationalist regional media, who warned parents to monitor a hormonal teen’s texting habits. I can only cringe at the number of awkward heart-to-hearts that must have ensued. ‘Oh, and are you sure you and your friends aren’t soaking your tampons in vodka?’

To find out what my millennial contemporaries actually think about this whole sexting business, I turned to an online focus group—posing the question “Do you sext? If so, do you sext often?”

“I’m married and we did when we had Snapchat, but we don’t do it often,” writes Josh, 27. “Just randomly get tit pics. It’s awesome. Like finding a Hershey kiss in your pockets.”

Sext in the City. 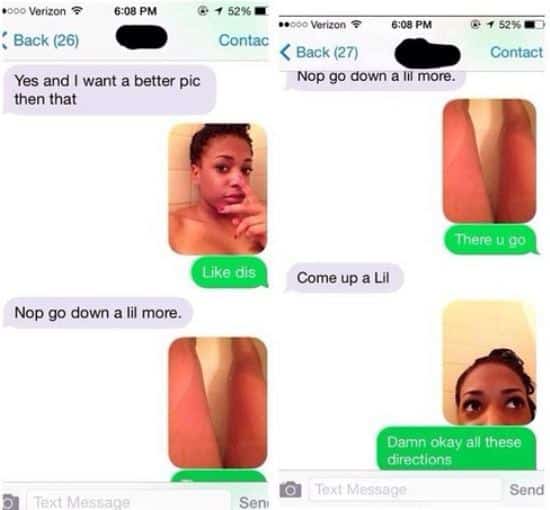 I asked Erin if she thought sexting someone who isn’t your partner is a form of cheating. “In my view, yes,” she replied, adding:

“The general intent behind it is the same, and it would beg the question of whether they would carry out whatever the texts were in person if the recipient were there. I’m a pretty monogamous person and I try to make that well known before entering a relationship, so if my partner were to send explicit texts to others they would be knowingly breaking my trust through sexual means.”

Liz, a political writer, agrees. “Me and my husband would consider it cheating,” she says.

Of course, one person’s sext message could be another’s girl talk. If sexting is cheating, which it probably is unless you have your partner’s approval, it’s important to define what separates platonic chat from textual relations. 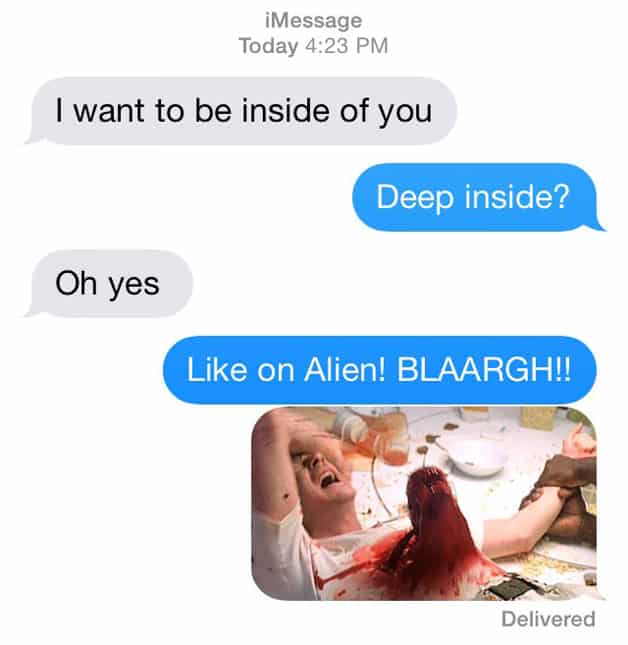 “I guess once both texters are pretty obviously and openly receiving sexual gratification from the conversation,” writes Davis, 27.

“I think there definitely needs to be some intent behind sexting, too,” says Cecilia, 26. She adds:

“I believe mutual gratification could come as a byproduct of a platonic conversation. If I’m having some girl talk with a close friend where we’re bragging about recent exploits and we both get excited while reminiscing, we aren’t necessarily sexting.”

But what if someone misreads your intent? When does ‘girl talk’ become something more?

“Open communication is the key in any relationship whether it’s romantic, sexual or platonic.”