While Tinder became one of the busiest places on the Internet during the blizzard, one couple kept each other warm and cozy throughout the snowstorm, and came out with a wonderful set of photographs to match.

Felicia Sam and David Nartey, together with their photographer Dotun Ayodeji, braved the impending snowpocalypse and made for Fort Meade, Maryland to for an engagement photoshoot they wouldn’t forget. They drove through the snow for more than half an hour to reach their location, and the weather was biting cold, but the photographs in the end were absolutely worth it. 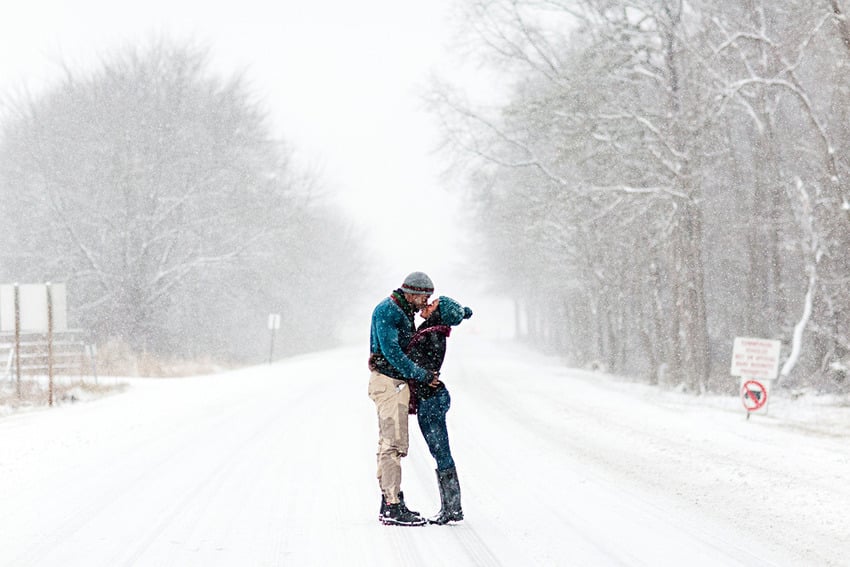 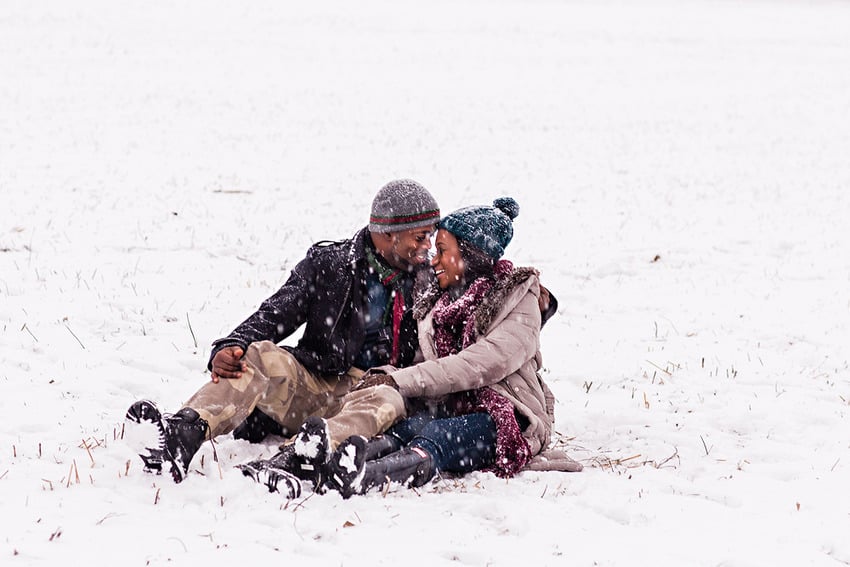 “We had wanted to do a snow photo shoot for a long time,” Sam, 27, shared with ABC News. “So any opportunity that presented itself, we were just going to take it. I heard on the news that there was going to be a blizzard so I said surely there’ll be snow. I called the photographer [Dotun Ayodeji] and said, ‘Are you up for it?’ And he said, ‘Oh my God, you’re reading my mind.'” 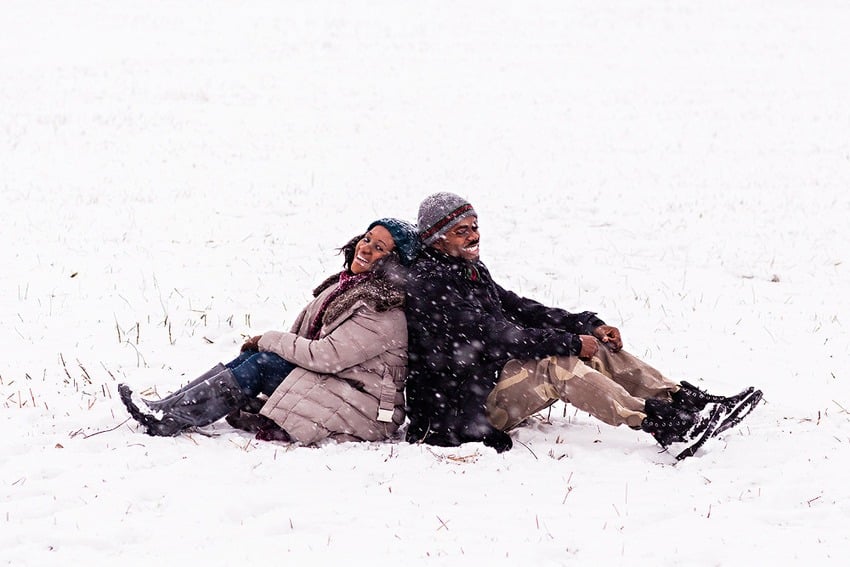 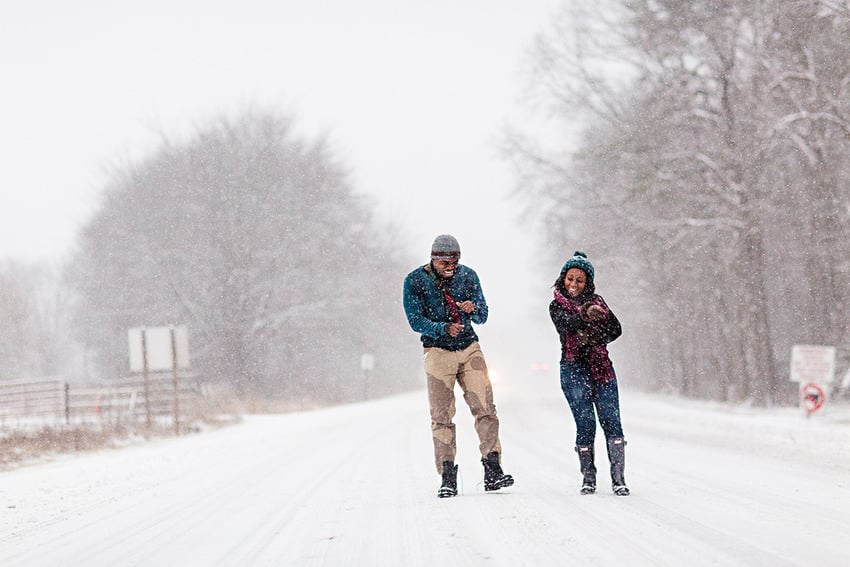 Did the chilly weather, the wetness seeping into their clothes, and having to sit down on the frozen, hard earth dampen their spirits? Not one bit, it happily seems. “We were like kids playing in the snow. We threw snow balls at each other. We actually had a lot of fun.” 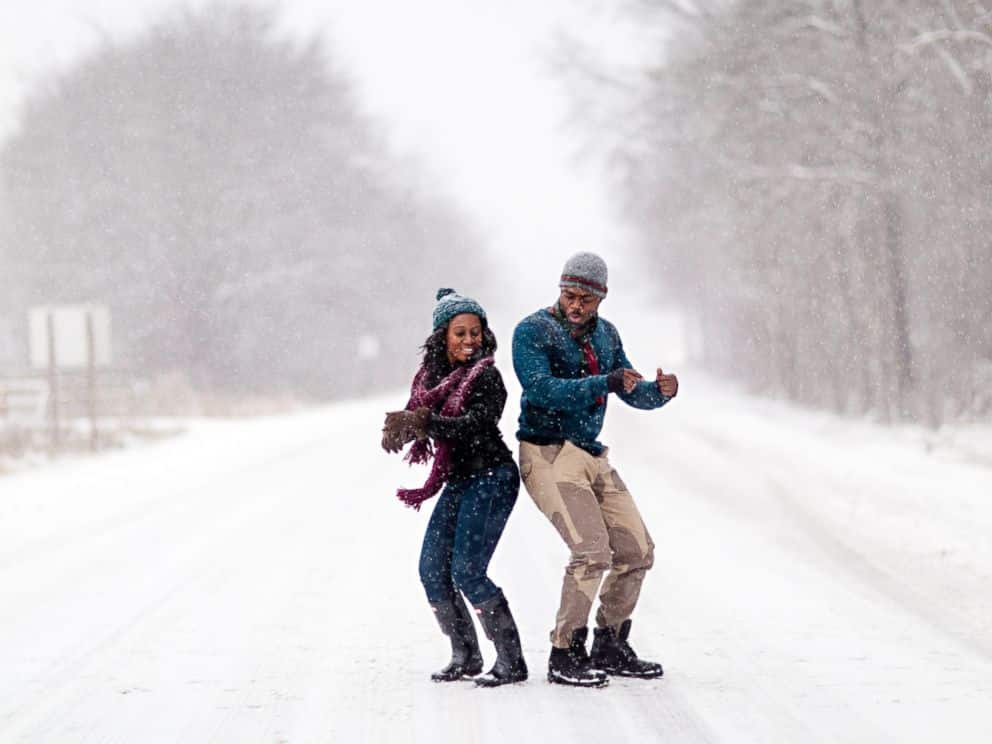 Meteorologists may have predicted a heady 20 to 25 inches of snow, but these two lovebirds are all aglow in the blizzard. It seems crazy weather has become a theme for these two as Nartey proposed to Sam on the night before Hurricane Joaquin in October 2015.

We wish you all the best, Felicia and David! Stay happy!