by Jonette 7 years ago9 months ago

Okay, we know life is tough. When it hands you lemons, you just don’t, you know, murder someone.

Unfortunately, that’s exactly one forester did in Turkey. Why? His co-worker, a Ramazan Kavakalan, a 42-year-old forestry worker, knowing full well he had a deep-seated phobia of lemons decided to prank him and present him with a sample of the yellow citrus fruit. 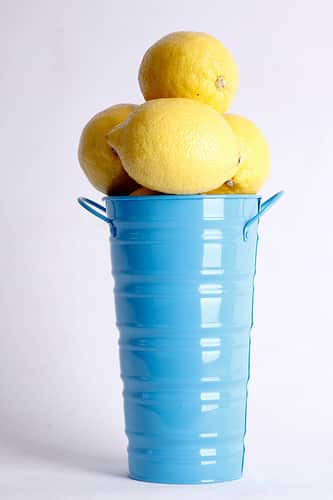 Reports say M.O. “went ballistic” and returned to his truck where he kept a rifle for protection. He then walked into Kavakalan’s office and shot him at his desk. The rifle victim was rushed to the hospital, and after four hours, he passed away.

Suffice to say, it did not end well.

The lemon-phobic person, who goes by the handle “M.O.”, was later remorseful of the incident and turned himself in to the Turkish gendarmerie in Manisa province.

“I didn’t have the intention to kill him. I just wanted to scare Ramazan after the lemon joke he made,” he said. “I am so sorry that I have killed my friend. It is the lemon, you see. I cannot stand the sight of them. They make me crazy.”

Think this phobia of lemons sounds downright crazy? Don’t sign it off flippantly just yet: there are certain food phobias — such as a fear of mustard, mashed potatoes, or pickles — that have been known to stir strong feelings of aggression in phobic people. It may have something to do with what experts call “texture aversion”, as well as intense negative feelings associated with the food or texture during the person’s formative years.

Alas, this deep-seated fear of lemons is may not be enough to acquit M.O. in a Turkish court.

You may also enjoy:
78 Year-Old Man Assaulted Over Nutella Samples
Texas Police Officer Threatens to Break Teen’s Neck “to calm him down”