Dog Takes Vet For A Ride And Its Hilarious [Video]

Taking a pet to the vet can be a pretty big hassle, especially if the pet is a really large dog.

As the following video shows, a routine procedure can turn into a viral video sensation. It seems the patient was cooperating with the nurse until it realized that it is there for a procedure. The footage shows the nurse struggling to keep the animal still. At one point, she even has to straddle its back. One of her co-workers runs over and tries to help subdue the large patient, while the other nurse collapses in laughter. If you want a good laugh, check out the footage.

Some say she is still riding him to this day… 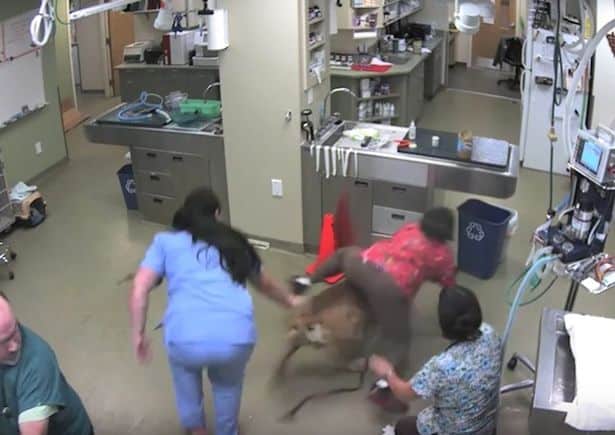 The hilarious footage quickly went viral. It was uploaded on Youtube on January 23 and already has almost 500,000 views.

DUI Driver Accuses: “The Dog Did It!”