Restoes Shuts Down After Lacing Food With Opium to ‘Hook’...

We’ve heard how the spiciness of Sichuan-style cooking can get addicting, but lacing your Chinese takeout with Opium? That’s just taking it too far.

35 Chinese restaurants have been found with evidence pointing to the illegal use of opium in their recipes as seasoning, experts report. 5 establishments have been prosecuted, and 30 more are under scrutiny and investigation, according to the China Food and Drug Administration. this list includes an unfortunate entry of a popular hotpot joint in Beijing, China. 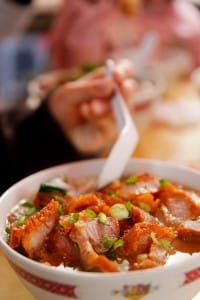 While it is currently unclear how the opium found its way into the food, its highly possible that chefs may have utilized the drug to “hook” customers into getting addicted to the dishes in order to make them keep coming back for more. Clearly, this is one of the most dishonest ways to entice people back with your cooking.

Unfortunately, this is not the first time the narcotic has been found in food. In 2014, a chef was proven to have been lacing his noodle with opium through a failed drugs test by the Shaanxi provincial police. Way back in 2004, a string of 214 restaurants were also ordered to close down of similar charges.

Poppy powder is available to buy in China at $60 per kilogram, according to the official news agency Xinhau. It is commonly mixed with chili oil and other spices or powders, making it difficult for authorities to detect.

Is there a way for tourists and backpackers to detect if there is opium in the food? While you may not be able to sense the drug in your food as you’re eating it, Mayo Clinic advices to watch out for symptoms after the meal such as: a difficulty with bowel movement, nausea, hives or welts, and vomiting. an overdose of opium will lead to extreme episodes of anxiety, blue fingers and toes, constricted pupils, chills, cold sweat and more. If you find yourself exhibiting these symptoms, see your doctor immediately.