Judge: Monkey Can Not Own Copyright to Selfies

How do you feel about PETA? Personally, I think it’s delicious with hummus. Some people, however, are not so enthusiastic. Yes, we are talking about People For The Ethical Treatment of Animals, and not that delicious flatbread that I really wish was in front of me right now. For the sake of acknowledgement, I’m aware of the spelling difference (Pita = delicious Middle Eastern bread. PETA = those people you try to avoid on college campuses).

On Wednesday, a federal judge said that a monkey cannot own his own selfies as intellectual property. You’d think this claim would have been thrown out of court like a gavel that started singing One Direction songs, but it seems Judge William Orrick would rather pussyfoot around and defer to the authority of other judges.

The weird ordeal started when PETA, whose biggest accomplishments include shouting at people and making hapless celebrities pose nude in the name of ending animal cruelty, brought a case against a freelance photographer who had his camera temporarily stolen by a monkey named Naruto. The 6-year-old simian snapped a few selfies (I’ve got a thing for alliteration. It’s a serious problem) before photographer David Slater could recover his equipment. 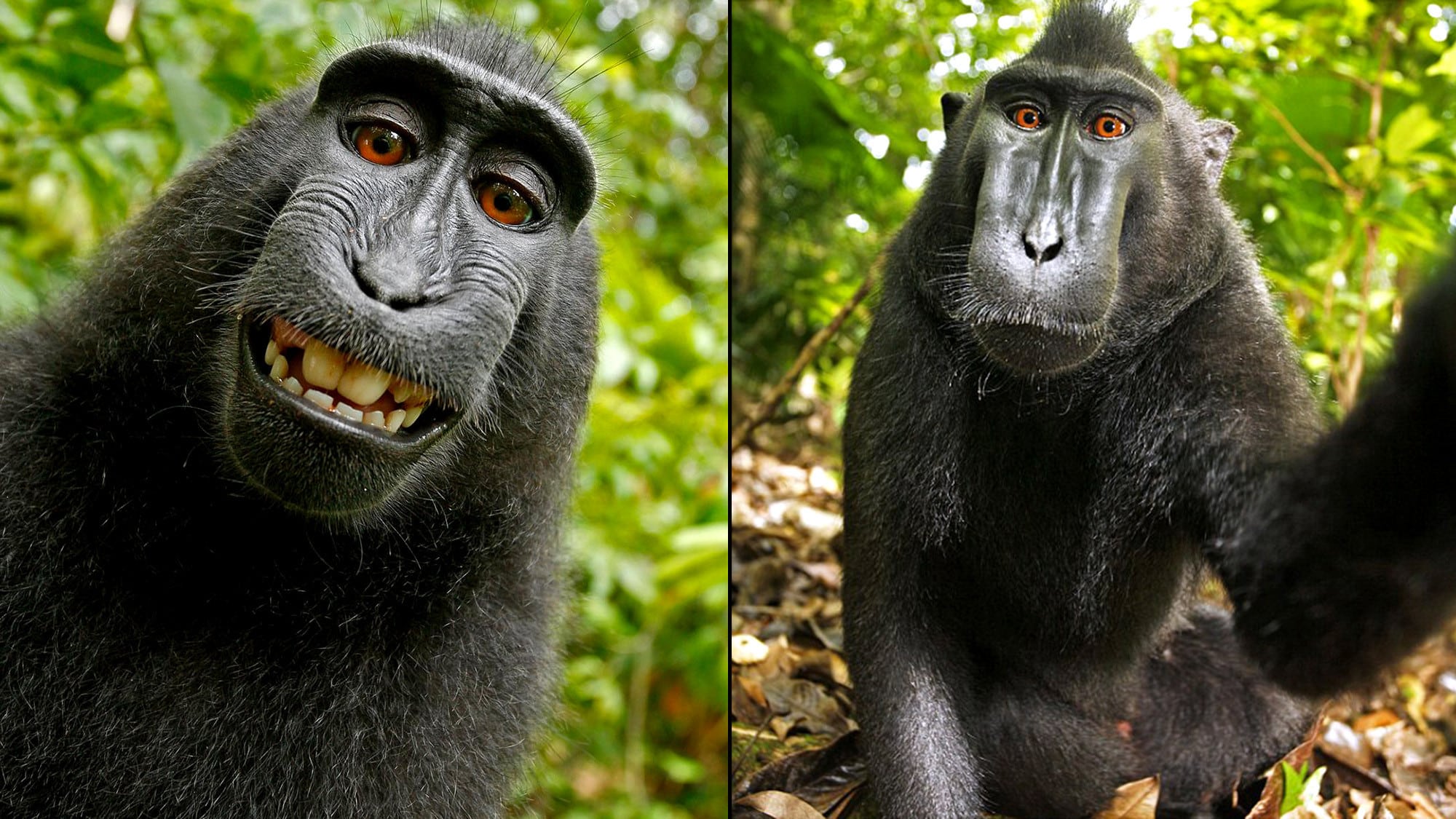 Let’s be clear: Slater facilitated the production of the images. Without Slater, they wouldn’t exist. Only he was capable of retrieving his camera, making necessary corrections to the digital composition, and uploading them online. There’s a lot more that goes into photography than snapping the shot.

The U.S. Copyright Office, however, says Slater cannot own the rights to the work. They say images “produced by nature, animals, or plants” can’t be granted copyright protection.

This dilemma is worth legally pursuing—and either side of the argument could raise valid points.

The only point not worthy of consideration is that Naruto deserves to hold the copyright, or is otherwise entitled to damages from Slater. Thankfully, Judge Orrick at least recognized the absurdity of PETA’s lawsuit.

Orrick said during a hearing that he would dismiss the suit. At one point he called PETA’s argument a “stretch.”

“I’m not the person to weigh into this,” Orrick said. “This is an issue for Congress and the president. If they think animals should have the right of copyright they’re free, I think, under the Constitution, to do that.”