#ITakeAStand was meant to educate people about the alarming rate of domestic violence incidents. The social media campaign went on to do so much more than that. Photographer, Wendy Tipene organized a group of more than 50 people to pose with their reason they want to take a stand against the violence. Their reasons brought the crowd to tears.

Such as the story of Corey Woolley. He admits he was too young to remember his father abusing his mother, but he could still see his mother’s suffering. It was that suffering him that inspired him to write a quick message on his white board. 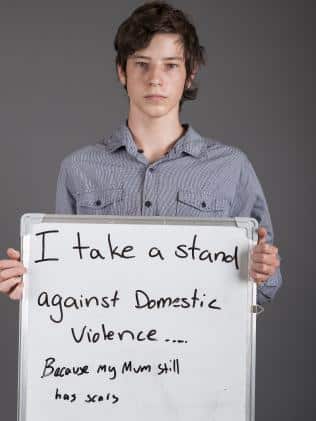 “I take a stand against domestic violence, because my mum still has scars.”

Tipene says that Woolley’s photo created such a powerful moment.

“When he wrote that, the entire room burst into tears.”

It was moments like that inspired Tipene to continue with her project of creating an exhibit of more than 60 images of people taking a stand against domestic violence. In fact, she decided to use social media to reach out to others who want to share their own photos. Users are asked to upload their photos to her social media page with the hashtag #itakeastand or email them to her directly at wendy@wendytipene.com.

The gallery of photos is also available to view on her website, wendytipene.com/take-a-stand.

She hopes that this exhibit will educate and raise money for her cause.

“The more people that see it the more chance it has to help somebody.”

Tipene is asking those that view the gallery to donate to her local charity, the Koha Shed Australia with the reference “Take A Stand.” The organization will use all donations to fund their support services for their domestic violence victims.

If you would like to donate to the #ITakeAStand movement, here is the information:
The Koha Shed Australia INC
Commonwealth Bank Australia
BSB: 064 087
Account number: 10145297

It seems as if Tipene had always been passionate about advocating against domestic violence. She worked as a volunteer in the poorest areas of her hometown of South East Queensland. According to Tipene’s website, it was during this work that she realized her capabilities to reach out to these victims.

“Wendy then decided to follow her passion for photography and now uses the medium to communicate awareness and to promote stand against domestic violence. The Take a Stand body of work has been developed to help bring awareness to Domestic Violence on a local and national scale,” the website reads. “Wendy has captured 65 portraits of men, women and children from diverse cultural, economic and geographic backgrounds. This number reflects the number deaths caused by domestic violence in Australia in 2015.”

Some of the reasons Tipene’s subjects are taking a stand against domestic violence vary from survivors, children, family and friends.

The thought-provoking signs bear many messages staring with, “I take a stand against domestic violence…” 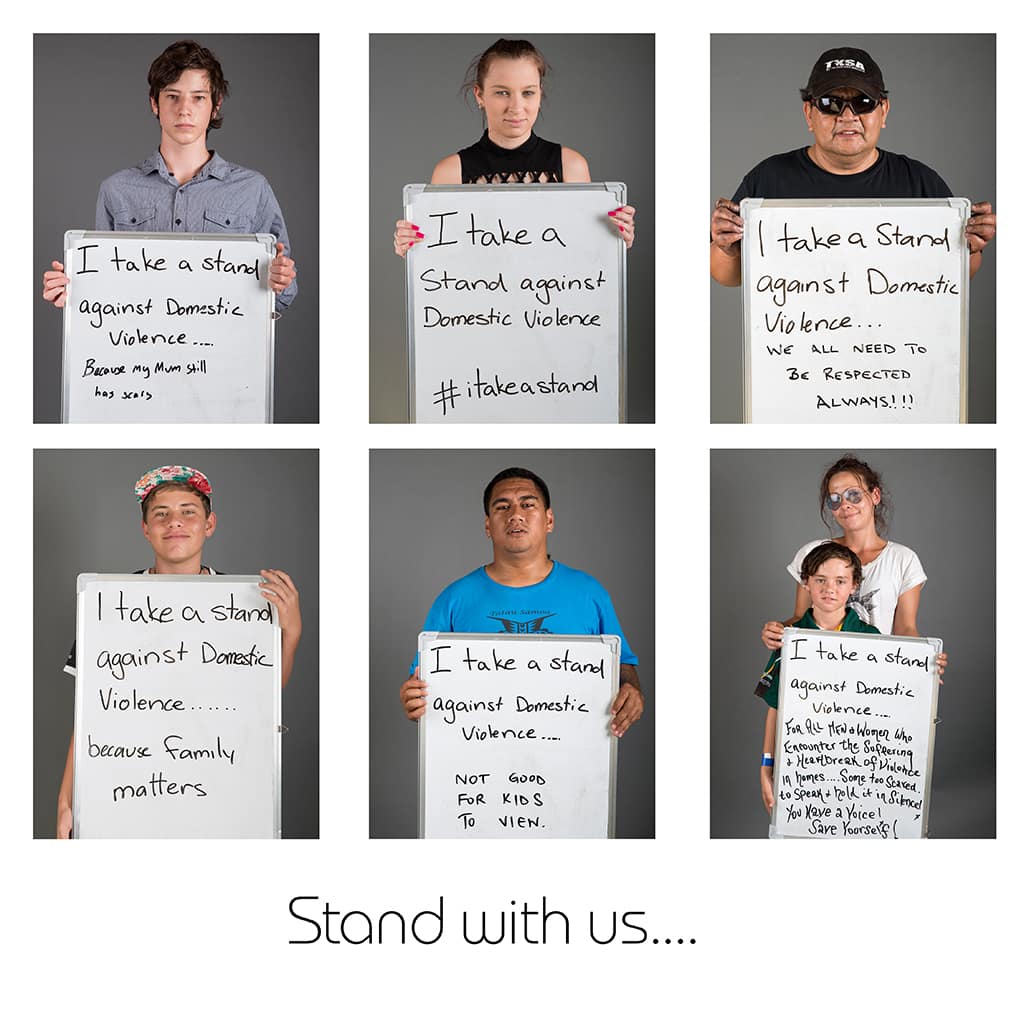 “because people get hurt.”
“stand up, speak out, say to your mate ‘It is not OK'”
“breeding in our homes.”
“as there’s been too many deaths.”
“it’s hard to walk away but it’s harder to stay. I walked away… life gets better I promise.” 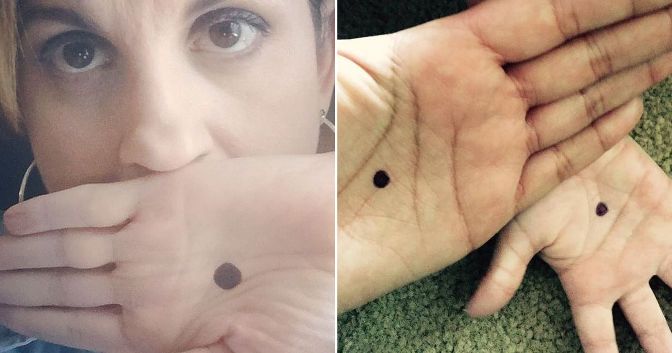 This is not the first time that domestic violence has become a hot topic on social media. There have been several other awareness campaigns fueled by social media, such as the “black dot” campaign. This movement was another example of the way these campaigns can go viral on Facebook. Back in September, this effort advised victims of domestic abuse to put a small black dot on the palm of their hand to alert others that they needed help.

The original creator says it was seen by millions by people and had helped several women to get away from their abuser. However, the campaign was eventually removed from Facebook because some argued it could alert the abuser. Domestic violence attorneys explain that these campaigns have great intentions but by going viral, it is hard to keep victims on a confidential basis. For example, if an abuser sees the black dot on their victim’s hand, it would reveal that the victim is seeking help. This would most likely anger their abuser, leading to more violence.

If you are a victim of domestic violence or suspect someone else may be, speak up. You never know who’s life you may save.