Woman Posts To Instagram Just Minutes After A Rape, And...

Amber Amour is a South African activist and the creator of the “Stop Rape, Educate” campaign. Unfortunately, she became a victim to the violent crime that she works so hard to prevent.

The 27-year-old posted a photo of herself, obviously distraught, with tears running down her face. The captioned explained that just moments before she was showering with a drunk friend who forced himself on her.

The powerful message quickly went viral, but Amour discovered something interesting. The next day she discovered that Instagram removed the photo, citing a violation of community guidelines.

Amour was not willing to simply be silenced. She fired back at the social media giant and told them that thousands were able to read her powerful message before it was taken down. She demanded an explanation.

“What the actual hell is going on? Since when is it against community guidelines to stand up for yourself?” she wrote on her account. “You deleted the caption documenting the rape from my page, but guess what, that s*** has gone viral!”

Instagram strictly states that its forbids sharing content that does not belong to users, inauthentic content, nudity, spam, offers for illegal goods or services, hate speech, threats, promotion of self-harm, and graphic or violent images.” 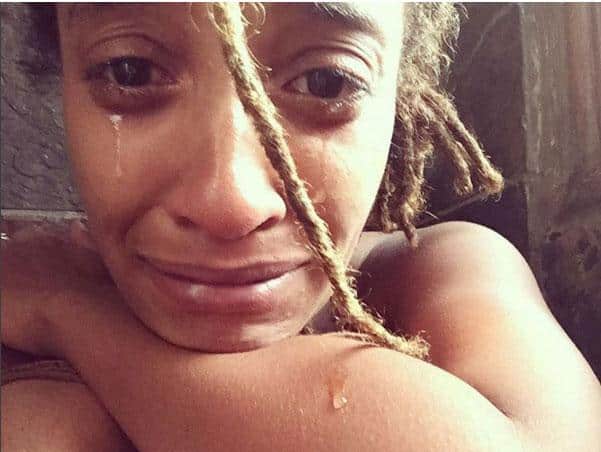 Despite the several messages from people telling Amour she put herself in the bad situation, the activist is standing strong.

“For those who wish to blame me or any other survivor out there, I want you to know that you are the very reason that I am so brutally honest,” she replied. “[…] You need to know the truth and to see the reality of the situation.”

According to the United States overseas security advisory council, South Africa has one of the highest rates of rapes in the world. The world should be grateful that people such as Amber Amour fight to educate people and reduce this number.

JoeySalads Does Another Social Experiment, This Time With Drug Rape [Video]