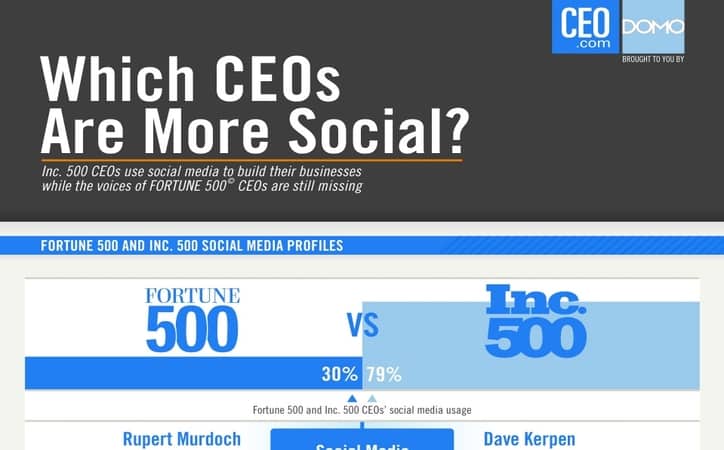 Social media has a place for more than just businesses or average users and a new infographic looks at which CEOs are most active along with some other interesting stats about their social media use. The infographic was put together by CEO.com in partnership with DOMO. The companies analyzed Rupert Murdoch, CEO of mass media company News Corporation and Dave Kerpen, CEO of Likeable Media, a social media marketing firm.

One popular social media metric is the Klout score and Rupert has a score of 90 with Dave trailing behind at a score of 82. The infographic also looked at stats among CEOs in general on all major social networks. Here are those stats:

When it comes to answering the question “why should CEOs be interested in social media?,” here are the top three answers:

For a full look at the social media infographic, check it out below.