Teen Dies From Too Much Axe Deodorant Spray

It seems Axe Body Spray isn’t only known to send women (and most other people in the wearer’s immediate vicinity) swooning for a number of reasons. It’s also proven to be rather lethal  —  literally.

A teenager hailing from Folkestone, Kent died from spraying one can of deodorant too many.  Could this bloke be a candidate for the Darwin Awards? Read on.

The teen was found dead by policemen in Folkestone in the southeast of England. Thomas Townsend, 16, was surrounded by 42 empty cans of the notorious body deodorant spray. How did this happen? 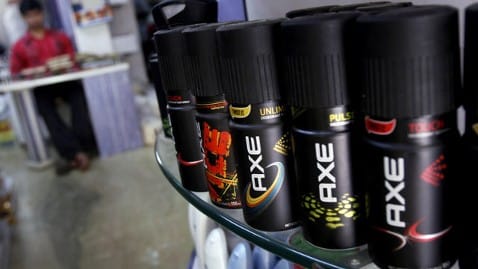 The adolescent refused to take a bath, and would instead spray the heavily-perfumed product on prettily heavily instead of taking a shower. As if that wasn’t enough, he’d next spray another round of aftershave to mask body odor.

According to his mother Sally, “he would go through a can a week,” she told investigators. “I didn’t know he had so many cans in his room but he was a big hoarder.”

The eperts found Thomas’ system to be free of the influence of alcohol or drugs. According to the investigating pathologist, the cause of death was circulation collapse caused by butane gas inhalation. For short, he just breathed up way too much butane than was actually healthy for him.

“He sprayed [deodorant] all over himself and succumbed to the effects of the gas,” coroner Rachel Redman said. The death was ruled an accident.

Body deodorant sprays together with teenage boys have been getting a bad rap from the media lately. In a recent news report, a school was shut down and several students hospitalized after  number of 6th-grade boys went a little too trigger-happy with the body spray.