A Christmas card is meant to be filled with warm wishes and cheers for the holiday season and into the new year. However, one Reddit user posted a very different message.

Reddit user, burritobattlefield explains how he found a ripped up Christmas card on the train in Melbourne, Australia. Instead of simply ignoring it, he picked up the ripped pieces of paper and put them back together to reveal a pretty brutal holiday message.

“Have a happy Christmas. P.S. Stop drinking, get help from someone. Bad things happen to good people sometimes, but how you react to these things is what defines you. You always have a choice, there are better things ahead for you but its in your hands, its your responsibility.” 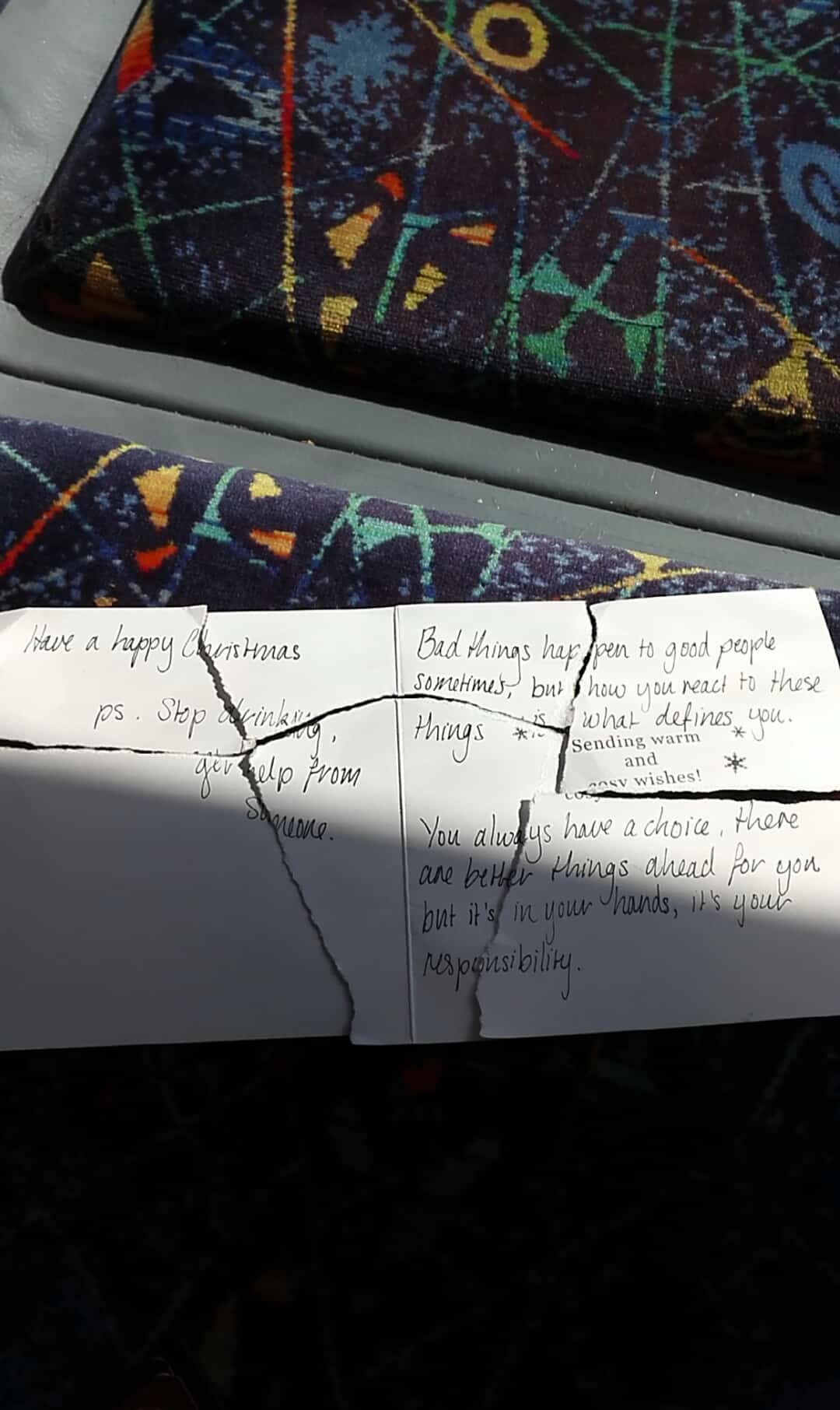 Almost immediately, burritobattlefield’s post was questioned by those that thought it was all a hoax. Who would leave such a note on the train? To put to rest any question of validity, burritobattlefield uploaded a picture of his own handwriting to prove that he did not write the harsh message.

“Yeah I did this is my handwriting to prove that it isn’t my handwriting in the card, I found the card on a train. The picture I linked here is a completely different piece of writing seperate (sic) from that christmas that was in my house.”

The original Reddit post has gathered all types of comments. From those offering to help those with depression or alcoholics, guesses of who the card could of belonged to and of course, many other completely random tangents. Such as the train seat upholstery that is pictured in the image. Apparently, there is a whole strange backstory about that pattern used. It has resulted in a fashion statement out in Melbourne, Australia.