Can Physicists and Philosophers Be Friends? Let’s Find Out.

This month, eminent scientists, philosophers, and theoretical physicists converged in a Munich, Germany lecture hall to discuss the changing definition of the scientific method.

Despite their mutual love of knowledge, philosophers and scientists don’t always get along. Beloved science communicator Neil deGrasse Tyson once brushed off the entirety of philosophy as an unnecessary distraction. “My concern here is that the philosophers believe they are actually asking deep questions about nature,” he told an interviewer. “And to the scientist it’s, ‘what are you doing?’ Why are you concerning yourself with the meaning of meaning?” 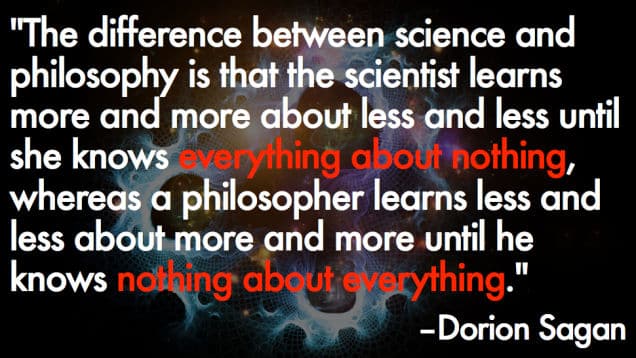 But now, some might argue, the distinctions between philosophy and science are blurring. This was the focus of a conference held in Munich, Germany this December. Delegates of the German Society for Philosophy of Science were prominent scientists, philosophers, physicists, and other thinkers from a variety of backgrounds and disciplines. They had assembled to address the controversial observations of one man:
Richard Dawid. One might describe him as equal parts philosopher and physicist, and it’s exactly that intersection that concerned the conference.

The central question was this: how do we justify calling the speculative aspects of theoretical physics, such as string theory or the multiverse, with the scientific method? Almost by their definition, such theories are “not even wrong.” In other words, they’re unfalsifiable because they can’t be tested at this point in time. Indeed, they can sometimes resemble philosophical modes of thought more than testable scientific theories.

In the end, something of a consensus emerged: theoretical physicists should keep working on and talking about their theories, with the caveat that they make it clear that things like string theory are presented as only one of several possibilities. Cool, so there’s some harmony between physics and philosophy after all. Read about the conference in detail over at The Atlantic.

What the #@&? People Who Swear Might Be Smarter [Science]