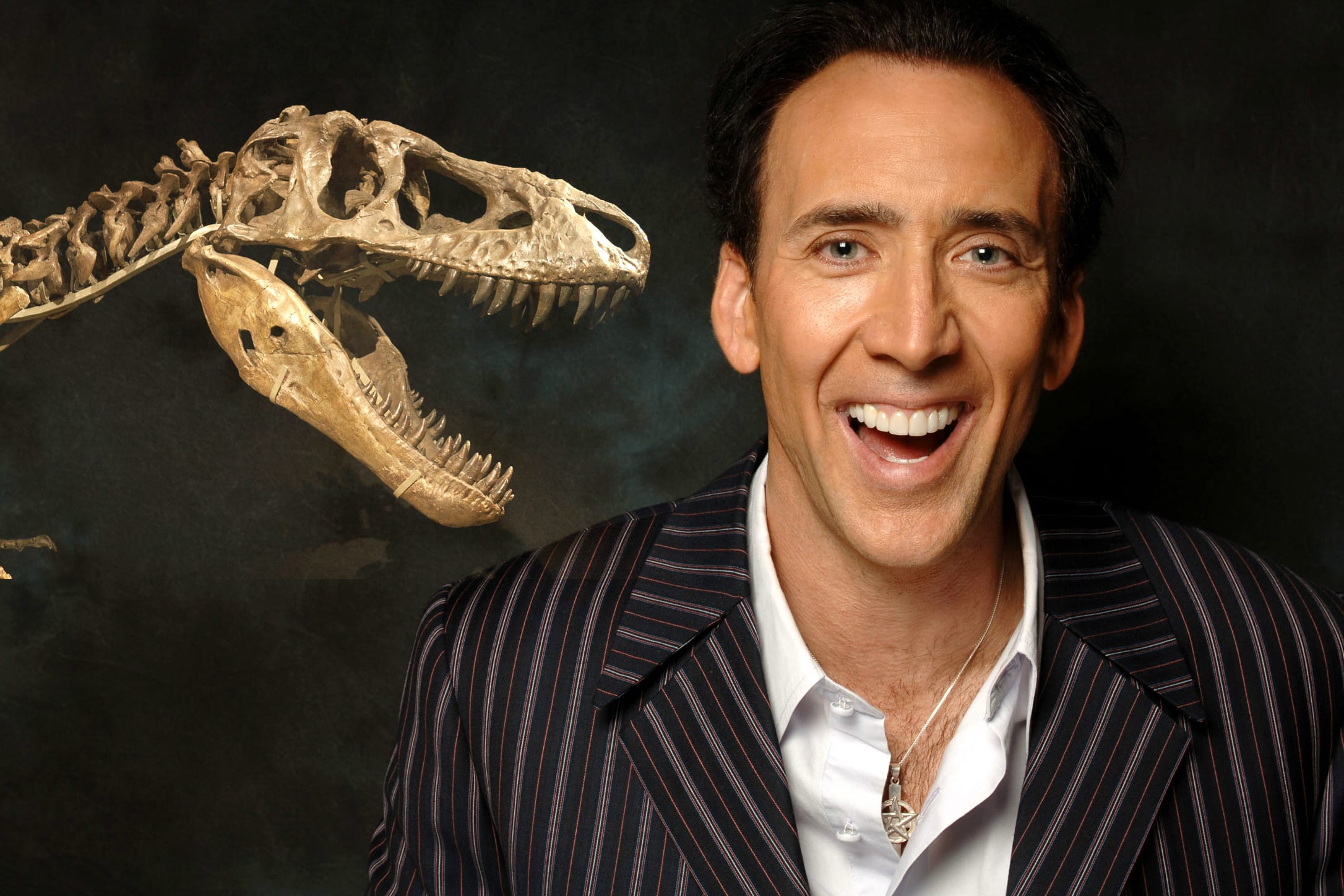 American actor Nicholas Cage has agreed to return a tarbosaurus skull he purchased at an auction.

We know—this is probably the weirdest headline ever. The details of the story, however, are somewhat mundane: Nicolas Cage purchased the skull of a tarbosaurus (an Asian cousin to the world-famous tyrannosaurus) at a private auction. Unbeknownst to Mr. Cage, the skull was stolen from the Gobi Desert in Mongolia. Last year, the Department of Homeland Security contacted Cage about the artifact, and he agreed to give it back to Mongolia.

Mr. Cage is known for playing a character who scours the country for historical treasures, but the dinosaur skull wasn’t liberated from a gang of crooks. Cage reportedly paid $276,000 for it at a 2007 I. M. Chait Gallery auction.

Glenn Sorge, head of the U.S. Immigration and Customs Enforcement Manhattan office, commented on the skull in an official statement:

“Cultural artifacts such as this Bataar Skull represent a part of Mongolian national cultural heritage. It belongs to the people of Mongolia. These priceless antiquities are not souvenirs to be sold to private collectors or hobbyists.”

In recent years, there has been an international effort to return stolen artifacts to their rightful countries—with Mongolia, in particular, receiving many priceless fossils, skeletons, and artifacts taken abroad.