One of the issues on the frontburner during these presidential debates is immigration. As the world faces the Syrian refugee crisis and other waves of immigrants, both sides of the immigration argument are being raised. We’ve heard what the candidates have to say about the issue, but we wonder what normal people in society thought. Thank goodness for social media, where everyone posts their real thoughts without a second thought.

There have been several points so far in the presidential race that have riled up social media. Take for instance, the announcement of Donald Trump throwing his hat into the race. The outspoken business mogul has made plenty of enemies with his remarks, yet he also has a steady following. His presence in the presidential race fired up social media. 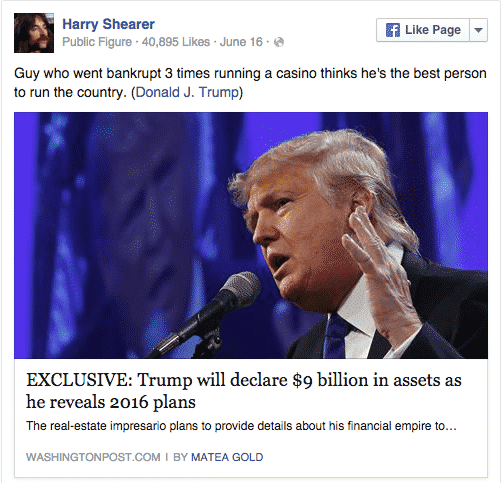 All jokes aside, one of the most discussed topic has been the debate on immigration, especially with President Obama’s announcement of his plan to protect several undocumented citizens. His speech became one of the most talked about issues of our time.

There are those that believe we should welcome immigrants with open arms.

Our President: "My fellow Americans, we are and always will be a nation of immigrants. We were strangers once, too." #ImmigrationAction

While others want to shut the door and throw away the key.

Twitter users also posted statistics of how immigrants have helped the country.

Fact: 40% of Fortune 500 companies were founded by immigrants or children of immigrants#ImmigrationAction

Other users posted their own story of how they came into the country and the struggles they will face, such as Jose Antonio Vargas. This undocumented immigrant has been separated from his family for 20 years and rejoiced upon hearing President Obama’s announcement.

I can now have temporary status, a work permit–and see my Mama in Philippines after 21yr separation @DefineAmerican #ImmigrationAction

Even former Speaker of the House, John Boehner tweeted his two cents on the issue.

President Obama may have changed his position, but that doesn’t change the #Constitution. https://t.co/VHdiDZwXts #immigration #amnesty

President Obama’s announcement was not the only issue in the immigration debate realm. Immigration reform has been a huge subject during the presidential debates, especially on social media. Users have opened up several avenues of conversation using a variety of hashtags, such as #immigration, #immigrationreform and #whatimmigrantslooklike.

The tweets run the gamut from harsh rhetorics, cartoons, statistics and sarcasm. While some users stay level-headed, the majority of users seem to bash any other idea but their own. It is the harsh reality of social media, people feel braver when they are hiding behind a keyboard.

Most recently, GOP hopeful Donald Trump announced his controversial plan for immigrants, calling for a ban on all Muslims entering the United States. His supporters praised the idea.

'Til our country's Reps can figure out what is going on. #ImmigrationReform #BuildTheWall @Kotcha301 #Trump pic.twitter.com/JsoKWOBc5A

While others, not so much. In fact, the topic is surrounded by very, very heated words.

Social media users have always been very vocal about their stance on political issues. Some may even be too vocal. While social media is a great place to share your thoughts, it is important to remember that what is said on the Internet is public and will live forever. Negative comments could come back to hurt you in the future. Many people have lost their jobs, friends or followers after an insensitive comment.

It seems social media is being used as more than just a place to rant and rave. Besides using social media to voice opinions, immigrants are using social media on their applications to remain in the country. Something as simple as a Foursquare check-in can be used to prove that someone has been in a certain location for a certain amount of time. Location verification is an important process of the immigration paperwork process.

Immigration lawyers explain that these social apps are helping to unofficially document locations and whereabouts of those that are trying to apply for citizenship.

This also means that any immigration fraud can be discovered by social media. An internal government memo explained that any ounce of suspicion could result in a social media investigation.

“Most disconcertingly, the memo does not indicate the level of suspicion required before an investigation of a person through social media is to be undertaken. No behavioral parameters are defined, leaving the impression that any USCIS officer can sit at a computer and freely conduct surveillance of any applicant’s Facebook or MySpace pages to root out “fraud.”

Social media has become such an important tool in issues such as this that even the companies are throwing themselves into the discourse. At the beginning of December, Facebook CEO Mark Zuckerberg announced that he would be donating millions of dollars into the fight for immigration reform.

It is no secret that social media will continue to be a driving force for debates, such as the one on immigration. It is up to the users to remember to keep it friendly, positive and productive. So, next time you log on and want to share an opinion, keep that in mind. Are you adding something insightful or meaningful to the conversation or are you spouting rants that will only be posted in articles such as this? Let us leave you with this example. 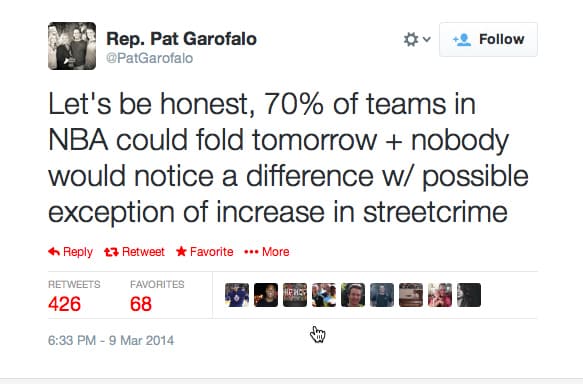 Don’t be this person… #thinkbeforeyoutweet