In April, 2015, a 40-year old Japanese man admitted to landing a drone carrying radioactive sand atop Prime Minister Shinzo Abe’s office. Though it was a simple act of protest against nuclear energy, the incident was enough to spark concern about the increasing presence of drones in the country.

“Terrorist attacks using drones carrying explosives are a possibility,” a Japanese law enforcement official told Asahi Shimbun. “We hope to defend the nation’s functions with the worst-case scenario in mind.”

Defend the nation how? With a badass unit of drone cops, of course. That’s right—Tokyo’s Metropolitan Police Department is launching a drone police unit tasked with enforcing no-fly zones. The unit will patrol these zones and “search for the operators [of civilian drones] and order them to ground the drones.”

Here’s the really cool part: if a civilian drone operator fails to ground his drone or otherwise comply with the drone unit, police will scramble larger drones (up to ten feet long, according to Ars Technica) equipped with nets to capture the invading device.

Japan isn’t the only country to utilize drones for law enforcement purposes. Police in the Nanjing area of China have reportedly begun using drones to monitor security at large events. 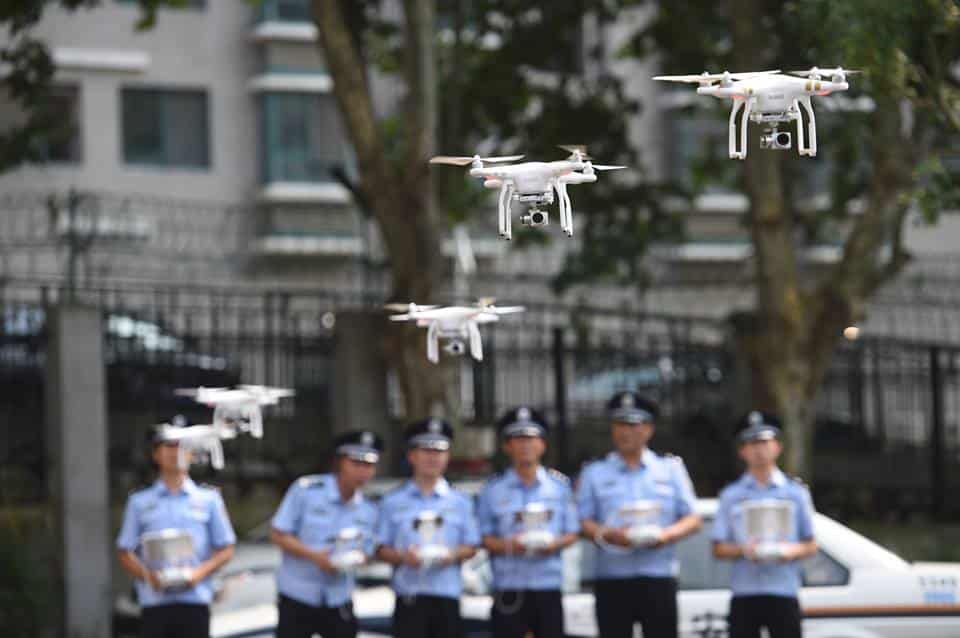 Ars Technica elaborates on other measures Japan has been taking to reduce incidents of civilian drones in unwanted areas:

“The launch of the drone squad follows an amendment to Japan’s Civil Aeronautics Law that went into effect yesterday. The law limits drones to flights below 500 feet (compared to 400ft in the US and UK), and also bans drones larger than 200g from dense residential areas, which includes all of Tokyo. The fines for violating these rules could be as much as ¥500,000, or roughly £2,800.”

Once again, Tokyo demonstrates that it can’t possibly be a real city, and must actually exist in some techno-fantasy anime world that’s way cooler than the real one.

Cage Fighting Drones Put All Other Drones To Shame [Video]