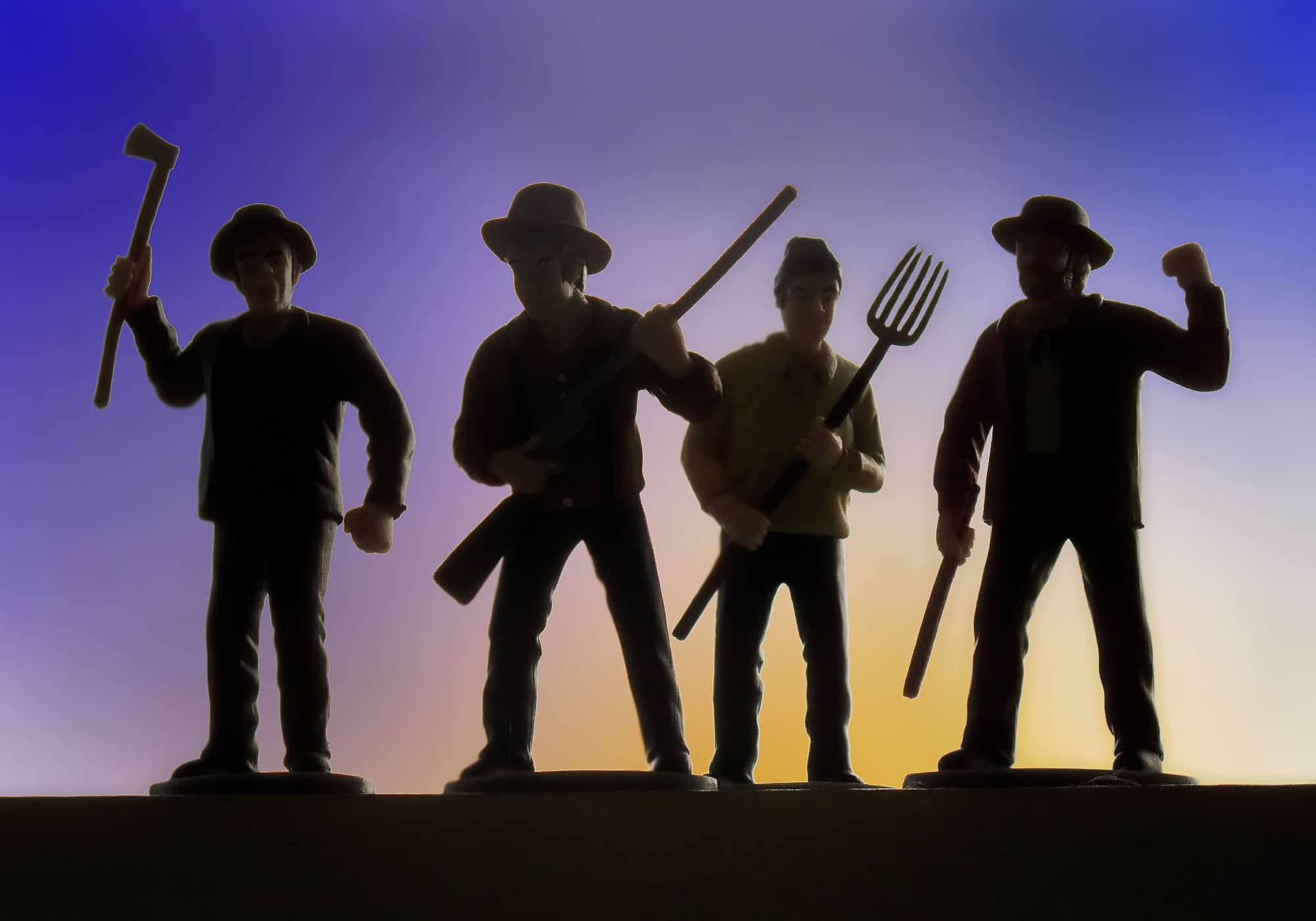 If you want proof that American society politicizes everything, look no further than the weird case of an Oregon man who caused a stir by taking photographs in a central Kansas wheat field—while completely naked.

Oregon Live reports that an Oregon man visited a wheat field near Walton, Kansas. For some reason, he stripped down to “just a hat and a smile,” and started taking photos in the field. A woman shopping in a nearby outlet mall spotted the man and called police, who were quick to respond.

The Harvey County Sheriff’s Office posted about the encounter on their offical Facebook page. An officer “explained […] that Kansas is not as liberal as Oregon and suggested [he] continue [his] travels back to [his] home state.”

No charges were filed.

“It’s not illegal to be in the nude providing you are not trying to arouse yourself or others,” the sheriff’s office told Oregon Live. “Disorderly conduct? Possibly, since it did offend the witness who had children with her.”

Of course, stripping nude and taking photographs in a wheat field isn’t a particularly partisan activity. The laws regarding public nudity in Oregon and Kansas aren’t all that different, so the accusation that the man’s “liberal” state could explain his behavior is unfounded.

“Kansas is not as liberal as Oregon.”

But this is 2015—where everybody is either a liberal or conservative and the blame for all of the country’s problems is routinely placed on individuals with differing political views to their own.

Just check out the comments on Oregon Live if you still don’t believe me.

“In case you didn’t recognize what camp he was talking about Liberals…..try just about every major city in the U.S.,” said one commenter posting under the name Pingjockey. “Most are cesspools of liberal failures. Filled with the hand-out folks who do nothing by drugs, kill each other, and blame everyone else for their situation. Detroit MI is a fine example; just compare what that city looks like 50 years after WWII, then compare to either Osaka, Japan, Munich, Germany, etc……it’s horrific what liberalism has brought to this country.”

“Funny how different my reaction was,” said another commenter. “I smiled when I read the story and was thankful for a a fluffy humorous story among all of the dismal news these days. You went on a rant. Have a great day!”

The US arms sale industry is large and successful. More than 30% of exported weapons in the world come from the United States. They supply to no less than 90 nations making it one of the largest suppliers of weapons in the world. The US makes an estimate of almost 200 Billion dollars in annual… END_OF_DOCUMENT_TOKEN_TO_BE_REPLACED

Now that the election results are almost final, we all want to ask what’s going to happen to Donald Trump after leaving the office? All US Presidents inevitably reach the point where they leave the White House.  Besides, the constitution states that all US Presidents are subject to a two-term limit. What do former presidents… END_OF_DOCUMENT_TOKEN_TO_BE_REPLACED

This is the first time in modern history that the US held presidential elections in the middle of a pandemic. In truth, the US elections may have overshadowed COVID-19 and the side effects are limitless. America is facing a tough crisis of discontentment with the current administration. An understandable case but a situation that may… END_OF_DOCUMENT_TOKEN_TO_BE_REPLACED