Businesses everywhere are putting up holiday decorations, such as the company Christmas tree. So, why is one police station’s Christmas tree becoming a hot topic on Twitter. 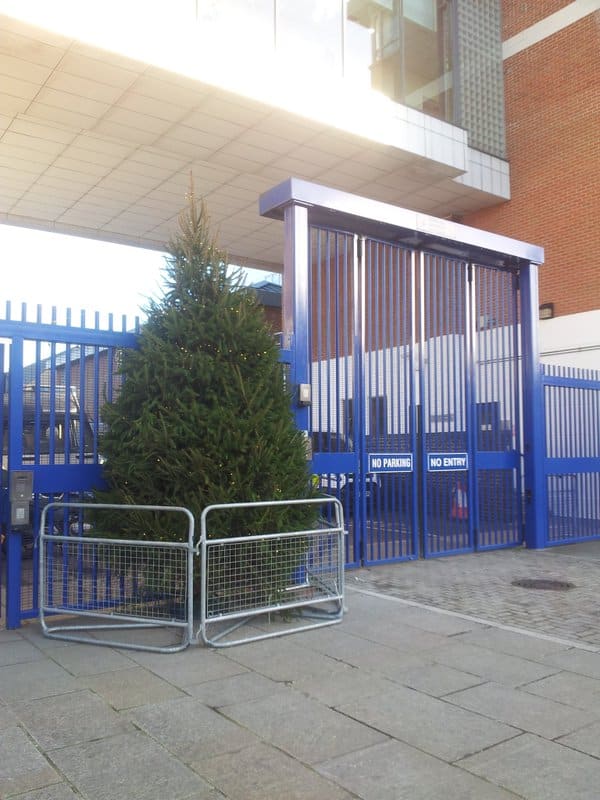 This Lewisham police station has put this simple tree on display. The tree quickly gathered attention because it appears to be kettled, using security gates. Most likely a cheap theft deterrent, the tree quickly become the fodder for many hilarious quips.

@stopgrinning 'containment', please, not 'kettling'. they're only interested in protecting the tree's safety

See, the police station is simply trying to protect the tree. It is all in the tree’s best interest. It’s a tough world out there for Christmas tree.

Others made reference to the tree posing a danger. The infamous fir tree has finally been captured.

Or trunk & disorderly. The puns could go on and on. And they do.

Nothing puts us in the Christmas spirit like a good tree joke.