Star Wars Fans, Rejoice! Jar-Jar Will Not Be in New...

When Disney acquired the Star Wars franchise from Lucas Film, fans reacted with a mixture of excitement and caution. They’ve been burned before, after all. The 1999-2005 revival of the Star Wars saga is widely considered a colossal mistake. Just about every complaint can be summed up in one character: the bumbling, possibly racist, definitely made-to-sell-toys creature known as Jar Jar Binks.

It seems Star Wars fans can breath sigh of relief, however, as one of the film’s producers just confirmed the character will not be appearing in Star Wars: The Force Awakens.

“Jar Jar is definitely not in the movie,” producer Kathleen Kennedy told the audience at a news conference, drawing applause and cheers from the crowd. 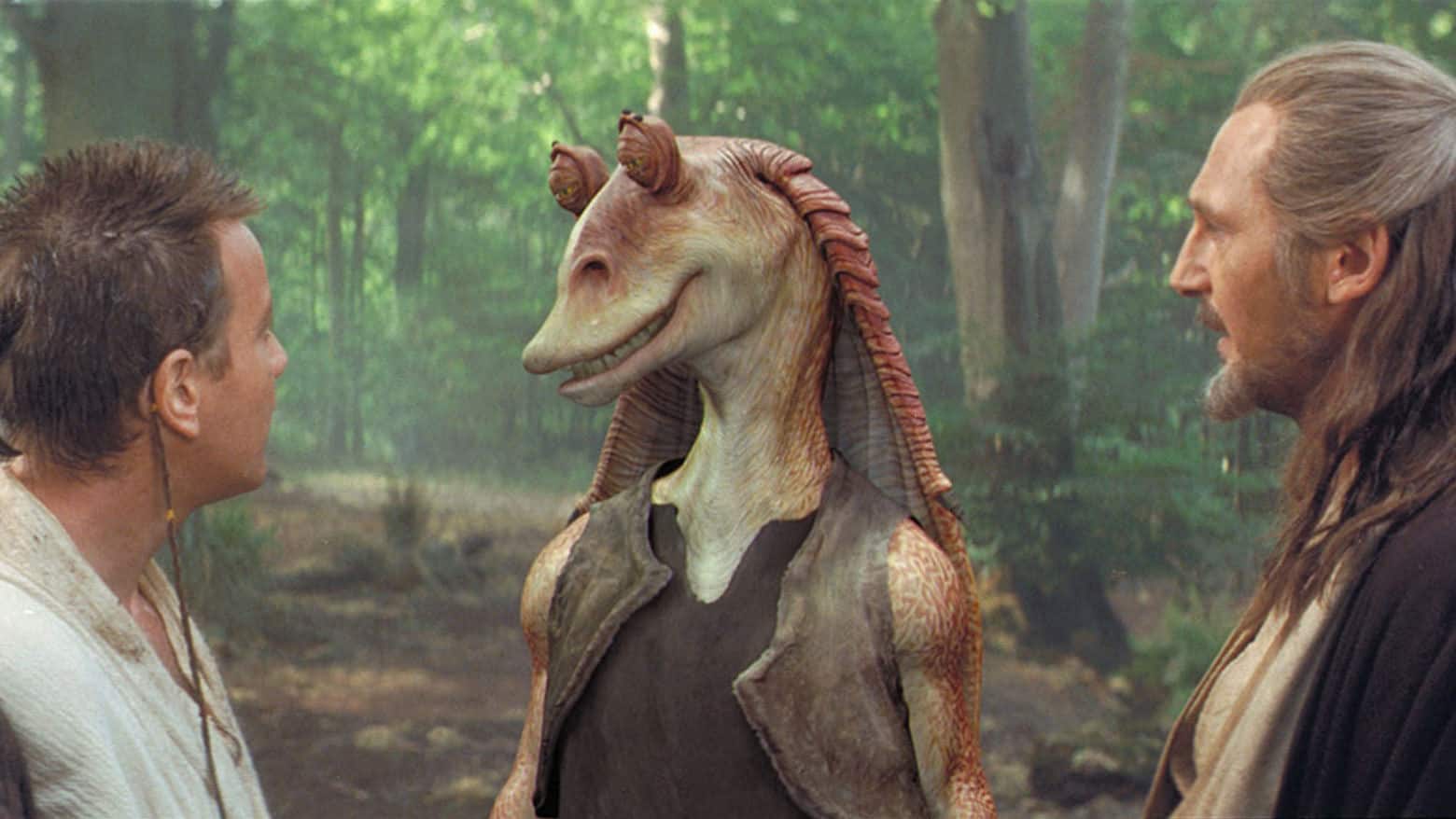 Kennedy also confirmed the new film won’t have any ewoks, at the insistence of Harrison Ford.

The Guardian has more:

“Binks and his inexplicable cod-Jamaican accent annoyed hoards of cinema-goers in all three of the prequel films. A bumbling alien from the planet Naboo who George Lucas reportedly intended to provide comic relief and keep young children happy, he was voted the most annoying film character of all time in 2006 poll.”

To be fair, Jar Jar’s appearances in the latter two prequel films were reduced to cameos after fan complaints following 1999’s The Phantom Menace. Still, the fact that the character actually played a significant role in what could generously be called the plot of the prequel movies irks many fans.

It’s doubtful many Star Wars diehards were expecting Jar Jar to show up in J.J. Abrams’ new film, but it’s nice to get some confirmation.