By now, we’re all familiar with George Zimmerman. He’s a hero to racist uncles everywhere, and a national pariah to the rest of us. When he shot and killed unarmed black teenager Trayvon Martin in 2012, it sparked a national debate on racism and the role of guns in American society.

His acquittal in 2013 was a spark that set off a powder keg of protest and outrage across the country, as Americans woke up to the plight of people of color struggling against the societal and institutional racism still so prevalent in the United States.

In the time since his trial, he’s had a few more run-ins with law enforcement, teamed up with a “Muslim-free” gun store, and exploited his temporary celebrity status by pandering to his conservative supporters on social media.

Now, it seems, Mr. Zimmerman may have to rethink that social media strategy. The 31 year-old Florida resident has been suspended from Twitter after posting two semi-nude images of a woman, along with her name and contact information, and complaining that she cheated on him “with a dirty Muslim.” No, we’re not making this up. 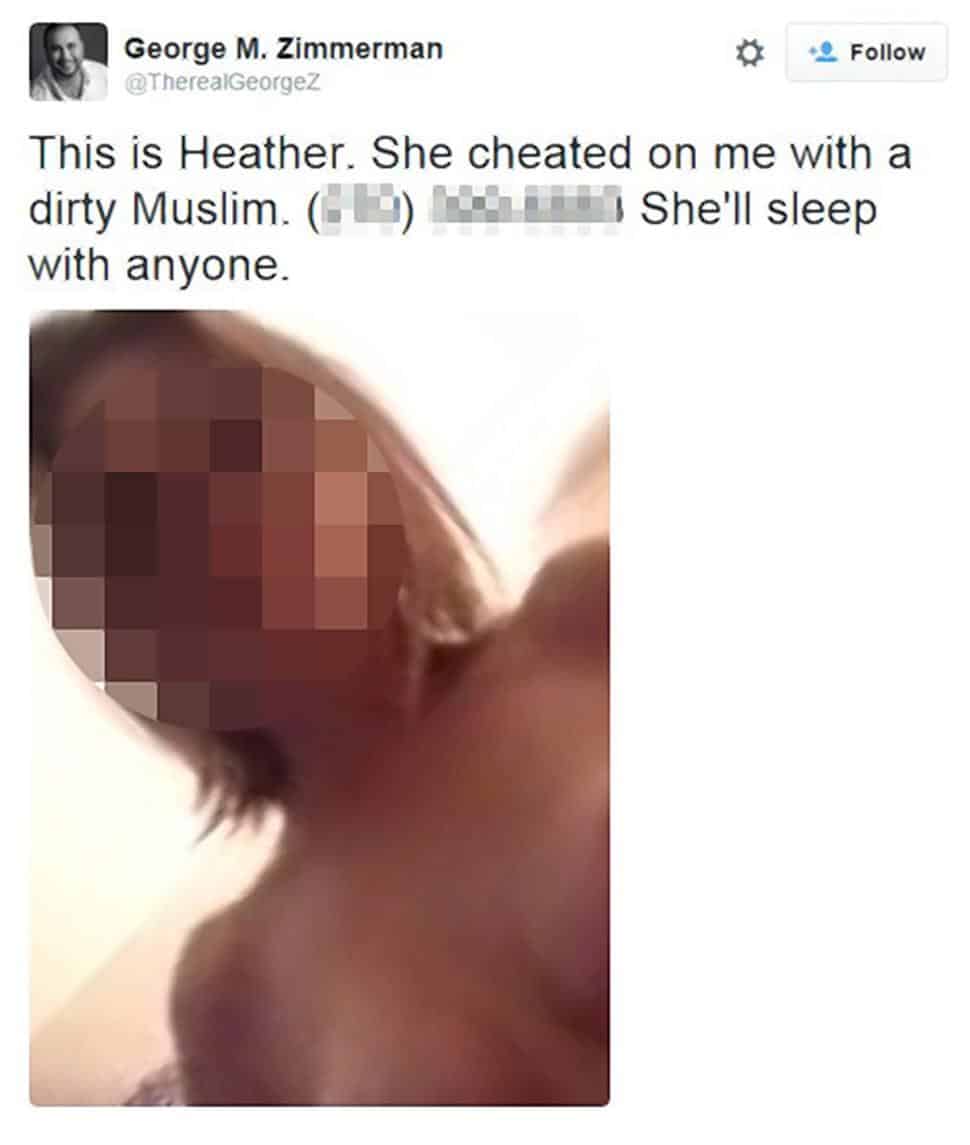 Carrie Goldberg, an Internet privacy and sexual consent attorney, says that while she finds Zimmerman’s actions “disgusting,” he didn’t technically post any photos containing nudity. She does, however, feel Zimmerman could be prosecuted under the state’s anti-harassment laws:

“Zimmerman’s publication of the victim’s personal information like her phone number and email address suggest an intention to incite third parties to contact this woman in a sort of harassment-by-proxy scenario. […] Not only could he be arrested criminally, but this behavior makes a strong case for the victim to obtain an order of protection from family court.”

George Zimmerman Joined Twitter This Week And We All Missed It