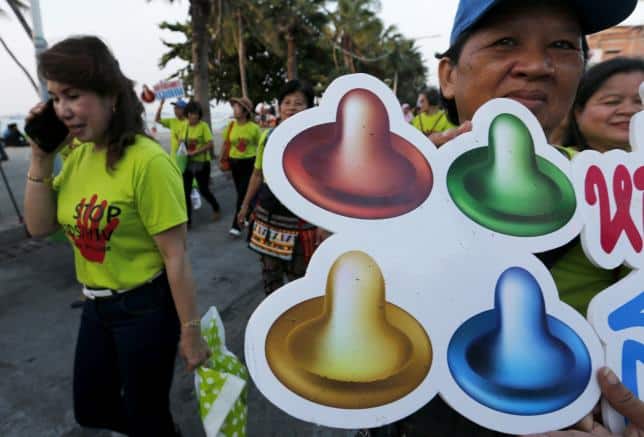 Today, December 1 is World AIDS Day. This day is meant to bring awareness to the cure and fight against the epidemic that is AIDS. As the number of people infected with this deadly disease rise, advocates are calling for a change. Something has to be done to educate people about the importance of safe sex practices.

Condom maker Durex has proposed a unique way to help remind people about safe sex, emojis. Durex is preparing to present a formal submission to the coding consortium Unicode to create a safe sex emoji.

As people come together from around the world to unite against AIDS, Durex launched a massive social media campaign to “create the first official safe-sex emoji” by urging social media users to use #condomemoji.

Emojis has become a huge trend on social media and Durex says the emojis have become a important way that young couples communicate. In fact, the company shared some important research in a statement on the campaign.

“80 percent of 16-25 year olds find it easier to express themselves with emojis. Some 84 percent felt more comfortable using icons when talking about sex.”

The company further explained the importance of the findings.

“In light of this research, the Durex brand is asking 1 million people to use and share the hashtag #CondomEmoji to represent their support of the creation of the world’s first official safe sex emojis by the Unicode Consortium,” says Karen Chisholm, Marketing Director, Durex USA. “Emojis of this sort will enable young people to overcome embarrassment around the discussion of safe sex, encourage conversation and raise awareness of the importance of using condoms in protecting against sexually transmitted infections (STIs), including HIV and AIDS.”

It isn’t too surprising that the research also found that many young people are getting most of their sexual education from the Internet.

“Many young people have gained their sexual knowledge through their own sexual activity and searching the internet,” explains Dr. Mark McCormack, Senior Lecturer in Sociology and Co-Director, Centre for Sex, Gender and Sexualities at Durham University, UK. “While participants generally felt able to discuss safe sex within their romantic relationships, there was more uncertainty with new or potential partners. Eighty percent welcomed the idea of the emoji to make the discussion of safe sex easier and more fun.”

With tons of support across the globe, Durex produced a video that showed the way emojis are used and what a safe-sex condom emoji would look like. Let’s just say, you would be able to use the eggplant emoji for its original purpose.