Dear Richard Dawkins, Are You Okay?

Hi, Mr. Richard Dawkins. How has life been to you? Good? Sunny? Excellent.

There’s something real important we’ve got to talk about, Richard. It’s the way you’ve been tweeting, and it’s giving me great cause for concern. C’mon, man, I want people to like you, but the way you tweet just isn’t helping.

Okay, let’s take a look at a number of tweets that won you some love. You criticize religion a lot, and you’re very good at it. One tweet was a really winner, as you focused on the reality of a warm hug from a friend:

I really liked that one. And then later on, you even wrote a cheeky little poem about “mixing genes” (wink wink, nudge nudge):

Darling let us wean a type Of mixture of us 2. Offer up your genotype & shuffle our codes anew Let me extend my phenotype Deep inside of you — Richard Dawkins (@RichardDawkins) March 5, 2014

And here you are, grumbling like a favorite uncle about how Bin Laden made you throw away a jar of perfectly good honey:

Bin Laden has won, in airports of the world every day. I had a little jar of honey, now thrown away by rule-bound dundridges. STUPID waste.

And then, there’s your (in)famous passionate, angry tweets.

How dare you force your dopey unsubstantiated superstitions on innocent children too young to resist? How DARE you? — Richard Dawkins (@RichardDawkins) June 10, 2014

And then there was this issue with Ahmed Mohammed — you know, that 14-year-old student who got arrested who brought in a homemade clock as a school project and it got mistook for a bomb?

Well, your tweets got a number of people real mad, and some of them feel you’ve been dodging the issue because you very, very much want to be right. (Oy. that was not easy to write.)

First, you mentioned in one of your tweets that this kid had possibly wanted to get arrested in the first place:

and then you backpedal and get a little huffy about going over the top in your pursuit of the truth. I gotta admit, This statement really does sound condescending:

Sorry if I go a bit over the top in my passion for truth. Not just over a boy’s alleged “invention” but also media lies about J Corbyn. — Richard Dawkins (@RichardDawkins) September 20, 2015

And you go ahead and point out how this kid’s project might not even be such a radical idea in the first place. Okay, well, to be fair, I do see your point… But really, Richard, really? Why’d you have to go there?

Yes, there are other reasons why a boy might take a clock out of its casing & pretend he’d made it. Trying to impress teachers, for instance

And someone even went ahead and made a parody account of you? Aw, dude. This… just… blows.

I will concede that racism is “bad” but to allow a 14 year old to entertain the notion that he’s good at electronics is truly unforgivable. — Richard Dawkens (@RichardDawkens) September 20, 2015

I’m so angry about this bloody clock boy I could justhjhoaiodjjiojeokfnheoijoqwdwqdw’q[e-03[3;f[3223f'[3f’3f’32f3

Another time, there the Rebecca Watson issue where she got propositioned in an elevator, and right after her talk on feminism in the atheist community, too. I do think she handled that rather well — and then you just had to chime in with that sarcastic letter to an imaginary Muslim girl: 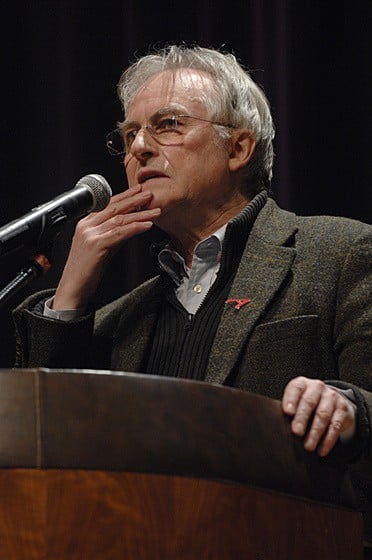 Stop whining, will you. Yes, yes, I know you had your genitals mutilated with a razor blade, and … yawn … don’t tell me yet again, I know you aren’t allowed to drive a car, and you can’t leave the house without a male relative, and your husband is allowed to beat you, and you’ll be stoned to death if you commit adultery. But stop whining, will you. Think of the suffering your poor American sisters have to put up with. Only this week I heard of one, she calls herself Skep”chick”, and do you know what happened to her? A man in a hotel elevator invited her back to his room for coffee. I am not exaggerating. He really did. He invited her back to his room for coffee. Of course she said no, and of course he didn’t lay a finger on her, but even so…

Whaaat?! Really?! Did you really just have to?! Okay, so you’re a fierce ally to feminists, but really, Richard, this is not the right way to go about things! You later on explain how all forms of gender-based violence is just wrong, though honestly, that letter you penned still leaves a bad taste in my mouth. No, no, no. You can just tweet this one away and hope everyone’s forgotten that goof you made:

Date rape is bad. Stranger rape at knifepoint is worse. If you think that’s an endorsement of date rape, go away and learn how to think. — Richard Dawkins (@RichardDawkins) July 29, 2014

And then there was that one time last year when you tweeted something about how a mother with an unborn baby with Down’s Syndrome ought to do:

@InYourFaceNYer Abort it and try again. It would be immoral to bring it into the world if you have the choice.

You later (sort of) apologized for the stir it caused, and explained that this is the reality of what happens to fetuses with Down’s — they do get aborted. It’s just that your statement got a lot of people riled up and angry that the tweet did sound like you were discounting the experiences of PWDs and their parents.

You know just how bad it’s gotten? ever heard of #RIPRichardDawkins?

You don’t want to, trust me. Or maybe you do, because you get some sort of morbid humor out of it.

Dude. Duuuude. This is just really sad and frustrating. I don’t like it when people get angry at you.

The thing you need to understand is that people feel very strongly about these issues — race, gender equality/violence, abortion, etc. they’re pretty hot topics for the common person, and saying something radical, no matter how clinical and 100% factual it can get, will get people riled up.

I know, I know — you get real impatient with people who muddle up their thinking with feelings. You’re not wrong there. Feelings can make people illogical. They can stir up the clear pools of logical thinking with so much residue and cloud their judgment and decision-making. Hey, this is why you find the statement “This is against my religion, and I find it offensive” absolutely ridiculous, right?

Am I telling you to handle every sensitive issue with kid gloves? Heck, no. You wouldn’t be Richard Dawkins if you did.

I guess what I’m really trying to say, Richard, is exactly what my dad told me when I was a militant (read: hard-@ss) atheist a long, long time ago: people all have their different realities; they all have their different truths. It helps them cope with the way the world is. True, their truths might not match yours (no matter how empirically wrong they seem to be — or are), but sometimes just letting them be is a greater kindness in the long run. Are you welcome to try and change that? Sure, you can. Though in the end, really, it’s up to them if they want to consider that bit of truth from you or not. 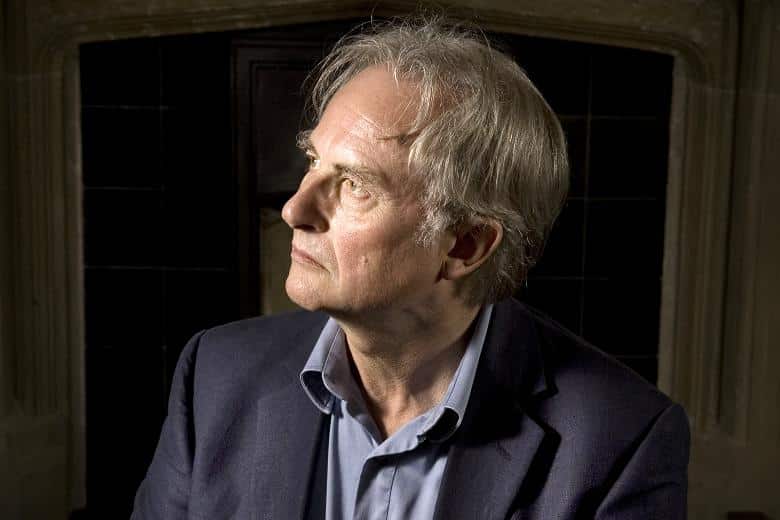 People have feelings, and feelings get hurt. Feelings, really, are neither right nor wrong; they’re just feelings. It’s really what you choose to do with these feelings that make the results right or wrong.

Do I want to see more people think critically, logically, and clearly? Yes, I do! I do, very much like you. and I know you’re familiar with the phrase “you catch more flies with honey than vinegar”. I’m not suggesting we use that turn of phrase on its simplest level, but more on the idea that you can attract more people to your cause through more kindness, more compassion, more gentleness than, well… cold, sterile lack of emotion.

People don’t want “Hey, you’re wrong, and because you’re wrong, you suck”; the do clam up right after because they feel their thoughts and beings aren’t respected. (Well, okay, there are some people who can take the heat, but not everyone’s like that.) They’d really rather feel “”hey, I’m here for you and I’m on your side; I want to share this truth of mine with you, and I want to know what you think about it,” because it sends the message that you respect their thought process, even when you’re out to teach them how to think. (Take note, I didn’t say “what to think.”)

You’ll probably call me a big wet softie, someone who’s been raised on a few “Mr. Robert’s Neighborhood” episodes too many. I guess you’re right. My partner certainly like to chide me with it whenever we get into heavy political and moral discussions. And you’re probably sniffing at my proposals; you wouldn’t be the first. But I guess I just want things to change; that the image on atheists as mean, selfish antagonists go away. I just want people to start seeing atheists as humans who have incredible capacities for kindness, compassion, justice, and an insurmountable sense of wonder for the universe. I just want us to be seen as people who are indeed good without God.

Then again, I guess I may as well as people stop thinking about Muslims as touchy, incediary jihadists, or Catholics as pompous self-righteous papists who cover up for their pedophilic priests, or any similar sort of meanness equated to a belief system. There will always be people who will choose to see the terrible truths, blow it out of proportion, and use it as proof that the world is a horrible, horrible place to live it.

But you and I know that while the world is a horrible place to live it, it also contains much wonder. From the awesome fabric of evolution to the mind-blowing expanse of the universe and how it lives in every cell of our being, there is much to be thrilled and inspired about. You’re 100% right; the magic of reality really is wondrous.

TL;DR: We really, really do want to like you. Please, please give us a reason to.

You may also enjoy:
5 Things We Learned From Richard Dawkins’ Reddit AMA